Ronald Ettienne is a suitable captaincy pick for this fixture.

Saffron Strikers and Clove Challengers are all set to lock horns in Match 16 of the Spice Isle T10 Cricket League. The Strikers are in a good spot to reach the playoffs, claiming three wins from their five games and are placed second in the points tally. On the other hand, the Challengers are yet to open their tally and are placed at the bottom of the table, with 0 wins from four games. Saffron Strikers completely outplayed Cinnamon Pacers in their last fixture, as they claimed an eight-wicket win, after bowling out the opposition for just 45 runs.

As the tournament has progressed, the wicket has progressively gotten worse for batting conditions. We expect a low scoring encounter, with the team batting first aiming to score around 90-100 runs.

Dillion Douglas has scored 97 runs so far in his five outings for the Strikers. He also has one wicket to his name, and is pretty handy with the ball in hand.

Ronald Ettienne has been one of the standout performers for his side. He has scored 110 runs and picked up 6 wickets in four outings so far.

Mickel Joseph has scored 54 runs in five matches so far, and has three scalps to his name. He picked up two wickets and scored 36 runs against GG. 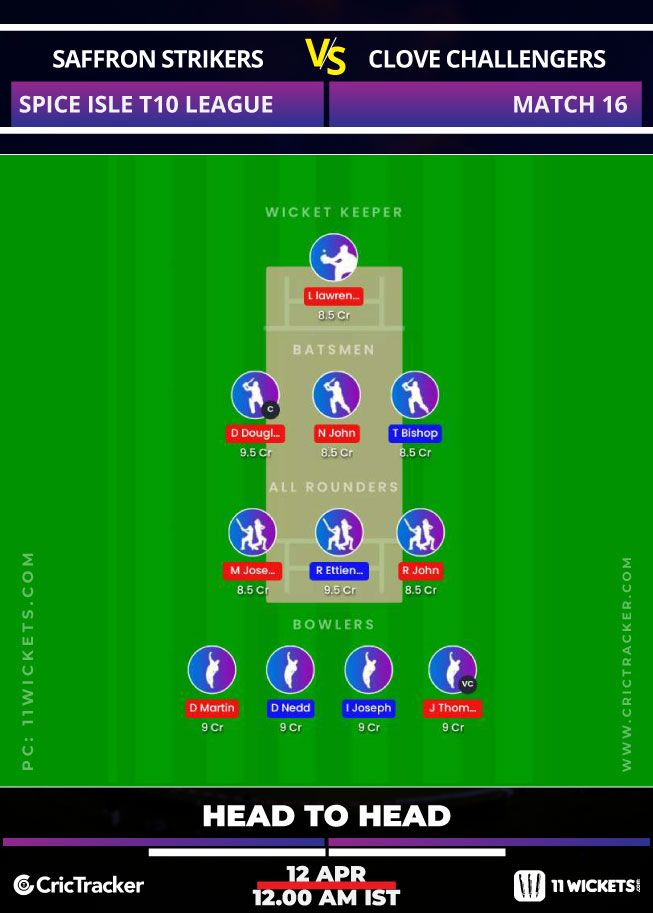 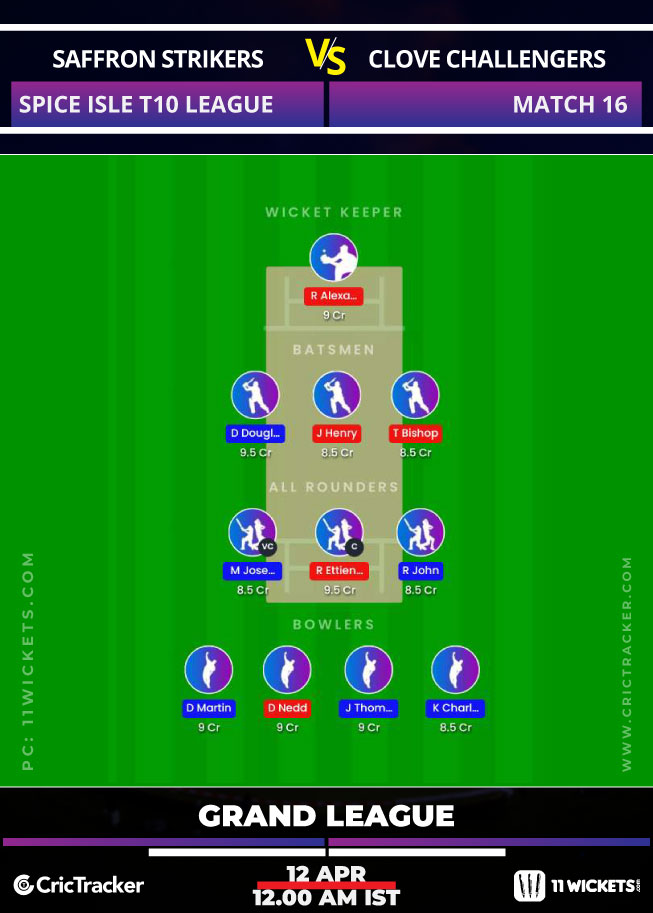