Narayan Jagadeesan is a good captaincy pick for this rubber.

The Salem Spartans will take on the Chepauk Super Gillies in the 12th Match of the Tamil Nadu Premier League (TNPL). This encounter will be held at the MA Chidambaram Stadium in Chennai.

The Salem Spartans are currently placed at 2nd place in the points table. They have emerged victorious in 1 out of the 2 matches that they have contested in the tournament thus far. In their previous rubber, they beat the IDream Tiruppur Tamizhans by 16 runs.

The Chepauk Super Gillies are stationed at the last place in the table and are yet to post a win after playing 2 matches. In their previous clash, they were beaten by the Nellai Royal Kings by 7 wickets.

Captaincy Picks for SS vs CSG

Narayan Jagadeesan produced a master class with the willow in hand in Chepauk Super Gillies’ encounter against the Nellai Royal Kings. In a 70-ball innings, Jagadeesan scored 95, and single-handedly propelled his side to a total of 165/7.

Daryl Ferrario played a crucial role in the Salem Spartans’ triumph over the IDream Tiruppur Tamizhans. He scored a quickfire 40 at a strike rate of close to 150. Ferrario will be hoping to repeat this performance once again. 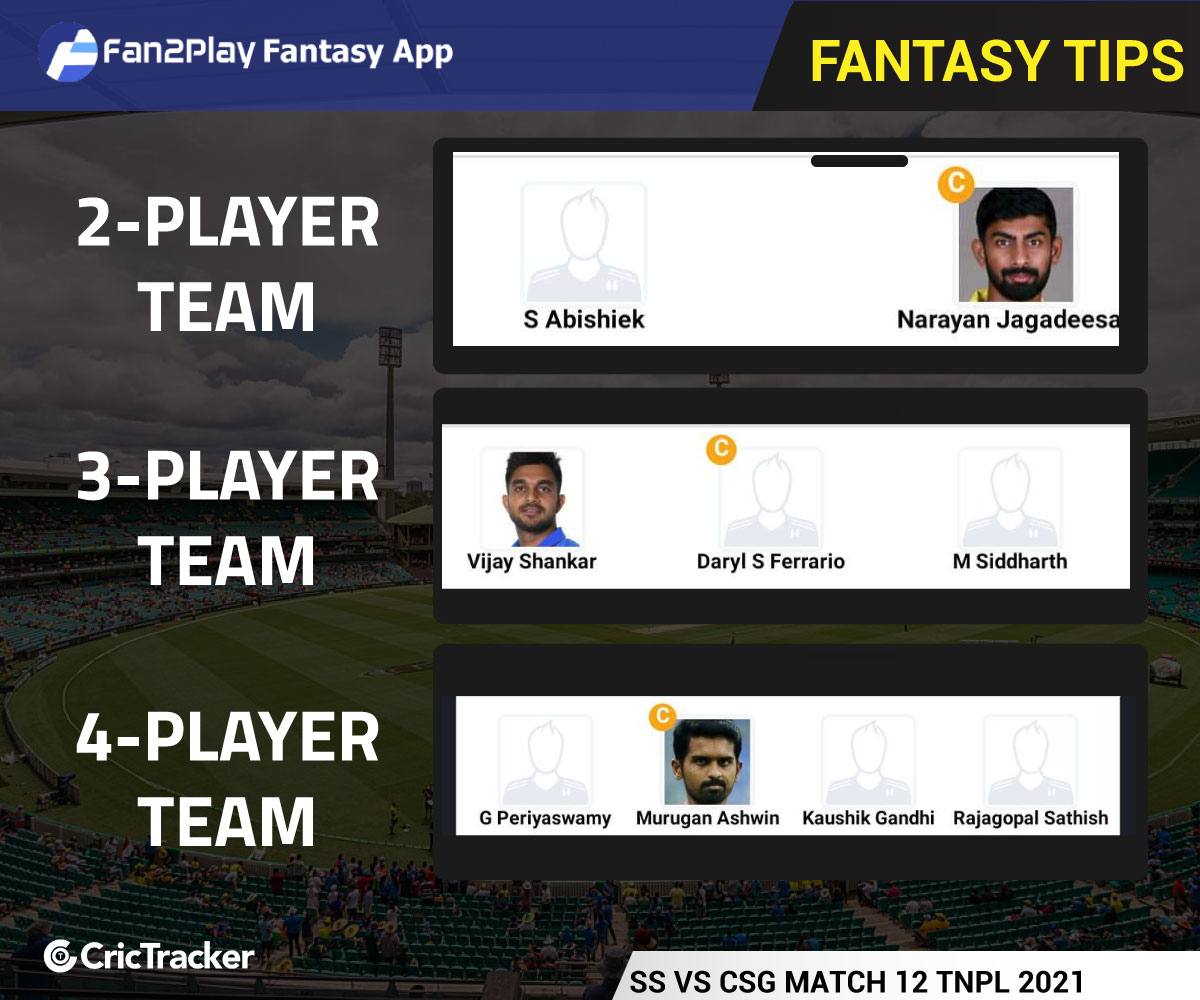 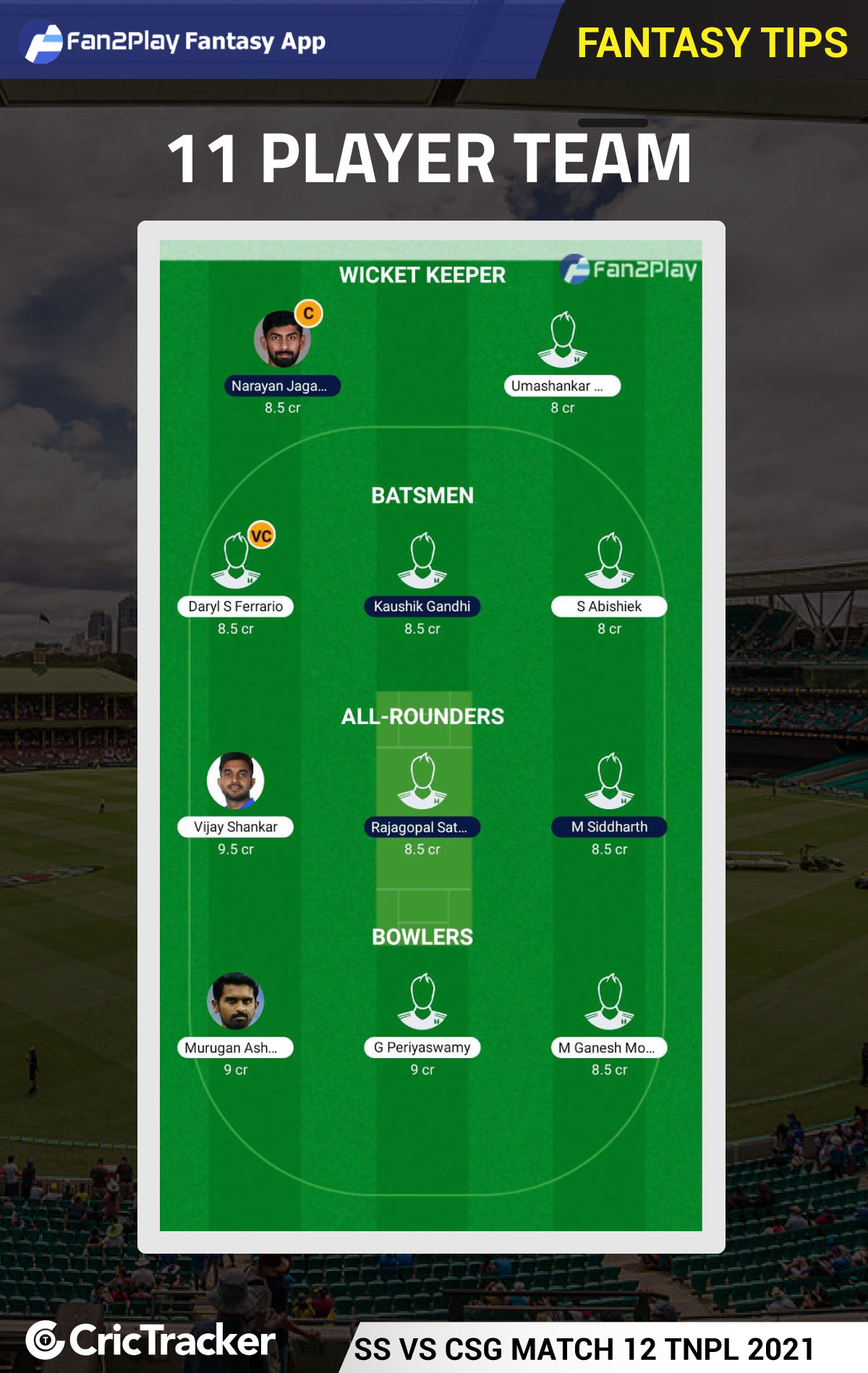