Dane Van Niekerk is a good all-rounder and can add valuable points for your team. 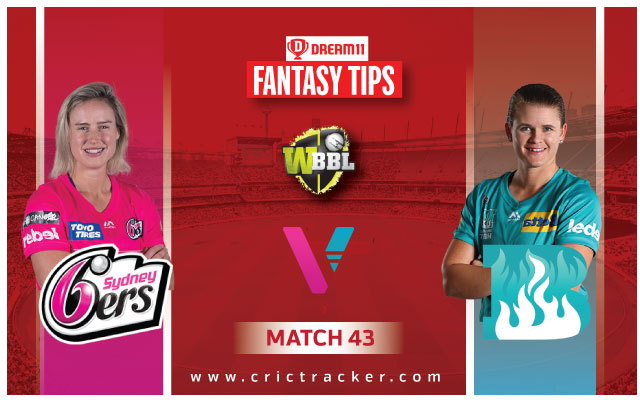 The 43rd match of the Women’s Big Bash League 2020 will be played between Sydney Sixers Women and Brisbane Heat Women at the Sydney Showground Stadium, Sydney on Tuesday.

Sydney Sixers Women and Brisbane Heat Women will lock horns with each other for the second time in the tournament at the Sydney Showground Stadium. Both the teams have played ten matches each in the competition and would have enough knowledge about the conditions on this ground. Sydney Sixers Women defeated Brisbane Heat Women in their first meeting.

The skies are expected to be partly cloudy during the course of the game. The temperature will hover around the 22 Degrees Celsius mark.

The track at Sydney Showground Stadium is a neutral one where both batters and bowlers have to be at their best to win the game. Moreover, the team winning the toss should look to chase on this track.

Ashleigh Gardner was sidelined due to a concussion scare; her availability depends while announcing the XI

The skipper of the team, Ellyse Perry is the leading run-scorer for her team in the ongoing tournament. She has plundered 277 runs that she played at an average of around 70 and also picked up 7 scalps.

Following her, Marizanne Kapp played some good knocks as she scored 158 runs including 6 wickets in her bag.

Stella Campbell will be the key bowler for SS-W who has bagged 8 wickets under her belt.

With over 240 runs to her name, Georgia Redmayne is a must pick player for your Fantasy team. She has the ability to score runs at the crunch situations of the game.

Grace Harris is the other player to be picked from Brisbane Heat side. She has scored 219 runs and managed to pick 7 wickets so far in the league.

The leading wicket-taker of the team, Jess Jonassen can go through any best batting line-up on her day. Jonassen has bagged 12 wickets from her nine outings.

Amelia Kerr has picked up 11 wickets for her side in the WBBL tournament, just behind Jess Jonassen. 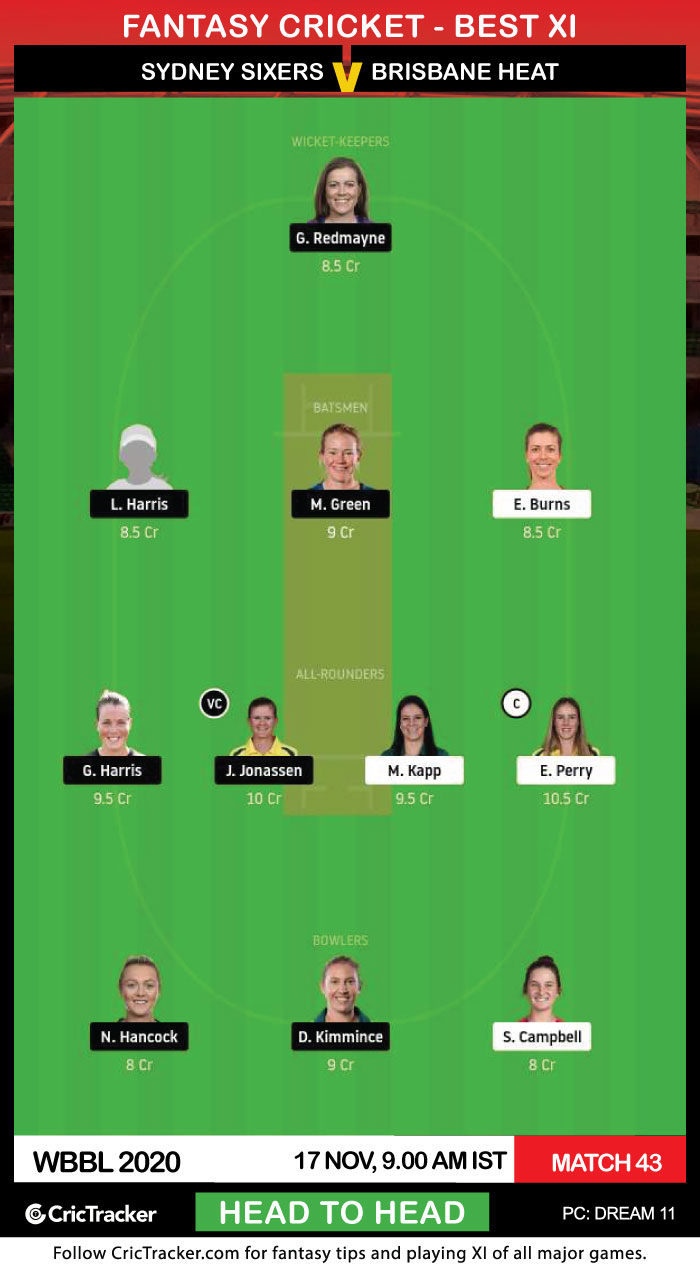 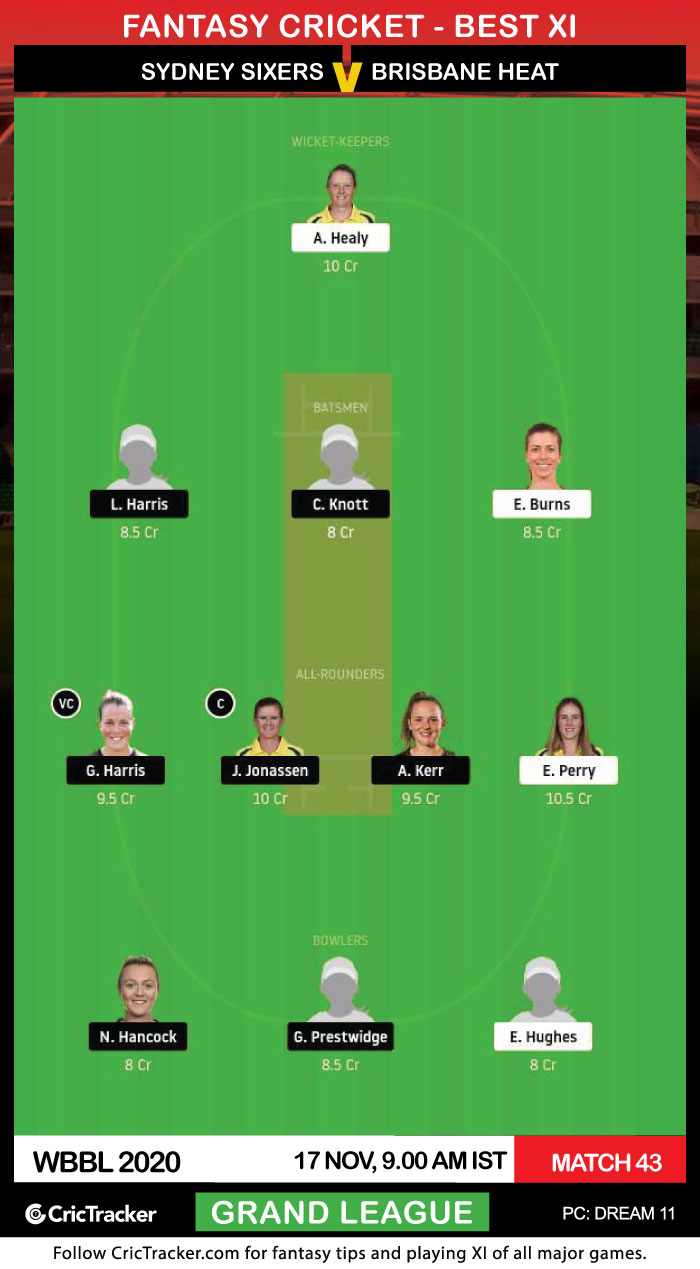 Try to take four all-rounders in your Dream11 Fantasy teams. Dane Van Niekerk is a good all-rounder and can add valuable points for your team. She has been selected by less than 7% of users, at the time of writing.