Alyssa Healy is a hit or miss type player who can be a wise choice for Captain in your Dream11 Fantasy Team. 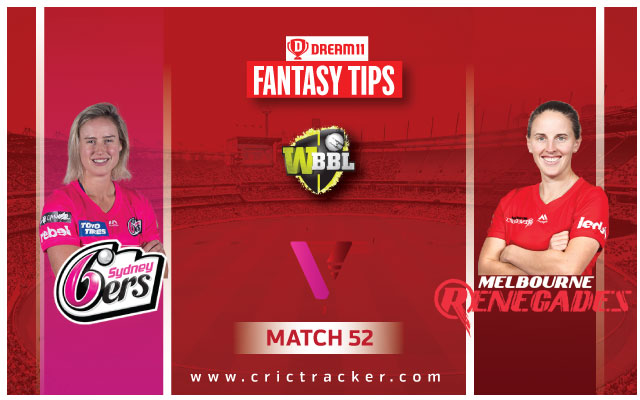 The 52nd match of the Women’s Big Bash League 2020 will be played between Sydney Sixers Women and Melbourne Renegades Women at the North Sydney Oval, Sydney on Saturday.

This match is scheduled to start at 07:05 PM Local Time (1:35 PM IST) and it will be streamed live on Sony Six and Sony Six HD.

Sydney Sixers Women are all set to lock horns with the Melbourne Renegades Women at the North Sydney Oval. In their last meeting, Sydney Sixers Women have won the battle by chasing down the target of 120 runs in a rain-affected game. Currently, they are sitting at the 5th position in the points table with 12 points in their bag. Moreover, both the teams are playing their 13th match of the league and will come into this match knowing the conditions very well.

On the other hand, Melbourne Renegades Women didn’t have a good time in this edition of WBBL. They have lost 7 out of their twelve games and are currently placed at the 7th position in the league table. So, it will be interesting to see, how they are going to face Sydney Sixers Women in their upcoming game with a lot of questions in their mind.

The weather is forecasted to be partly cloudy during the course of the game. The temperatures will hover around 20 Degrees Celsius mark.

The track at North Sydney Oval is a neutral one where both batters and bowlers have to be at their best to win the game. So, we can expect an even contest with both the bat and ball.

Ellyse Perry is the leading run-getter for her side in WBBL 2020. She has scored 322 runs at an average of around 54 and also bagged 8 scalps.

The destructive opener, Alyssa Healy has scored 228 runs with a strike-rate well over 140.

Stella Campbell is expected to lead the bowling alley for SS-W as she bagged 9 scalps from as many games she played.

Marizanne Kapp is a valuable player who has scored 170 runs and picked up 9 wickets from her eleven appearances.

Sophie Molineux has scored 217 runs in her eleven outings and plucked 10 wickets for her team.

Carly Leeson will be the key bowler in the upcoming encounter as he picked up 10 wickets so far in the league. 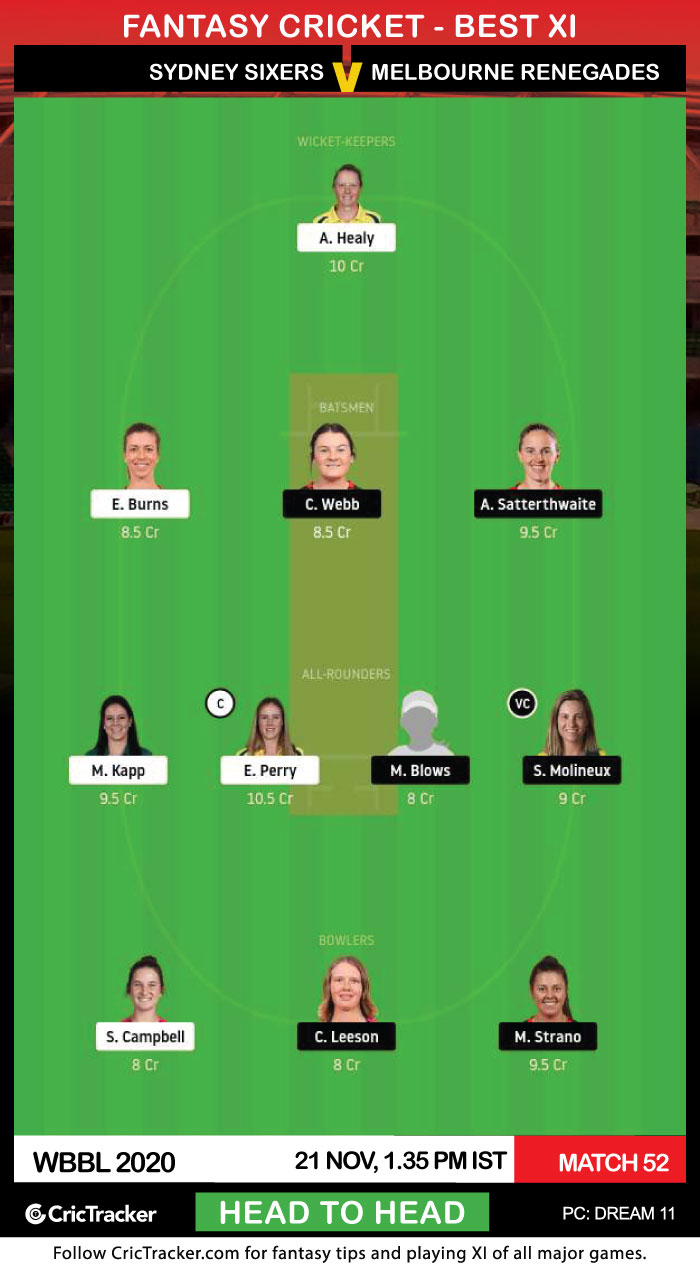 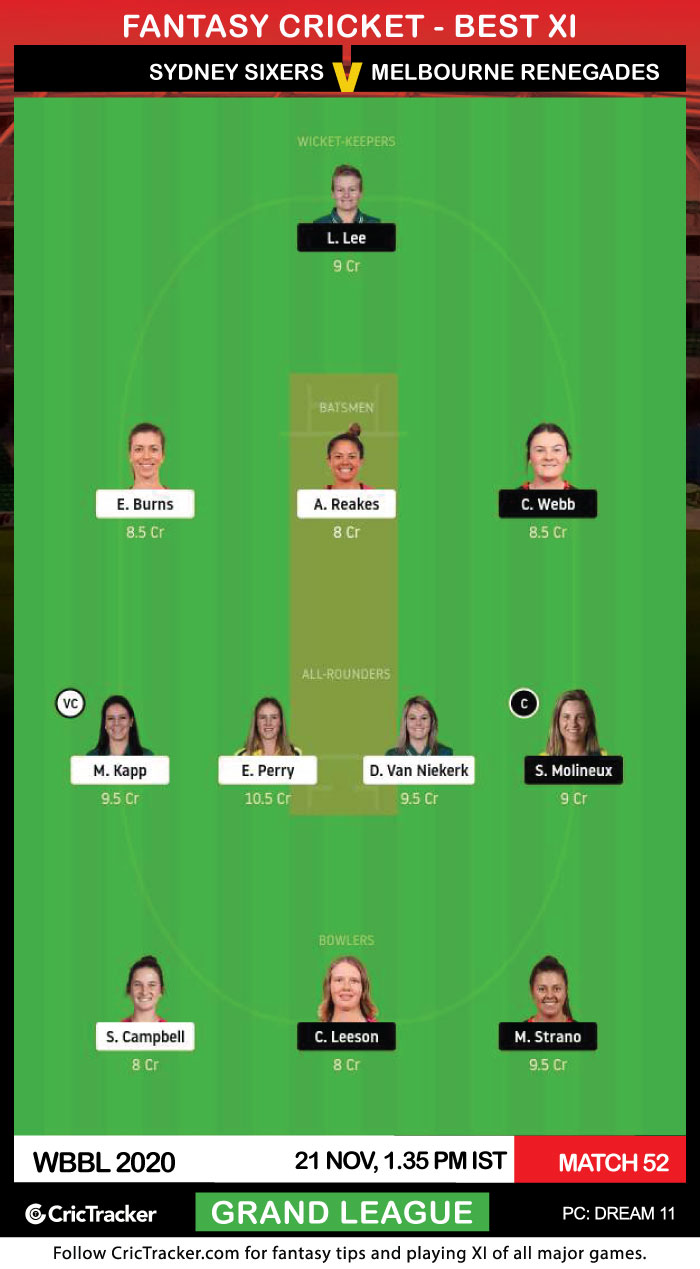 Alyssa Healy is a hit or miss type player who can be a wise choice for Captain in your Dream11 Fantasy Team. You can drop her from your team at your own risk. Marizanne Kapp is a very good all-rounder and can add points with both the bat and the ball.