Kimani Melius and Tarryck Gabriel will be the top picks for this game. 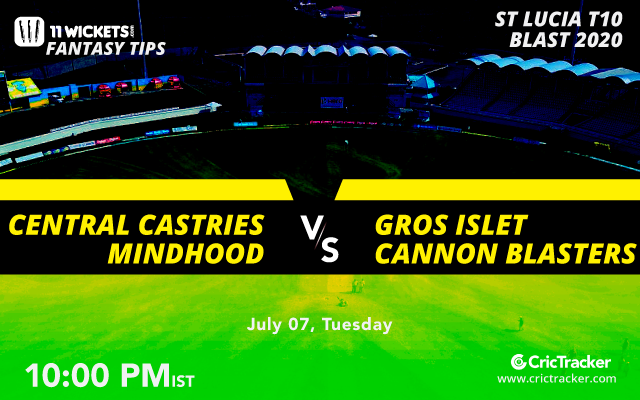 In a shocking set of events, the Gros Islet Cannon Blasters were taken down by the Mon Repos Stars in the semifinals of the tournament, thus restricting the best team in the tournament to a third-position playoff. No one saw this coming and the Repos Stars pulled off an upset exactly when it mattered the most, setting a date with the South Castries Lions in the final. They will be facing the Central Castries for a third position finish and it’d be fair to say their form hasn’t been any great.

The chances of rain are quite less on Sunday afternoon in St Lucia. There could be a slight drizzle but that should not interrupt the proceedings a great deal. It will be partly cloudy.

The pitch at the Daren Sammy National Cricket Stadium in St Lucia is a sporting one. It is a level playing field for both the batsmen and the bowlers. The bowlers will have a massive role in deciding which team will win.

Kimani Melius and Tarryck Gabriel are the top picks for captaincy in this game. Stephen Naitram has been in good scoring touch and should be considered for a top position in your fantasy unit. Ackeem Auguste and Vernillius Gabriel will give you some credit space to get the best all-rounders. Dalton Polius and Dornan Edward have done incredibly well in the last four games and could muster great value to your fantasy unit. 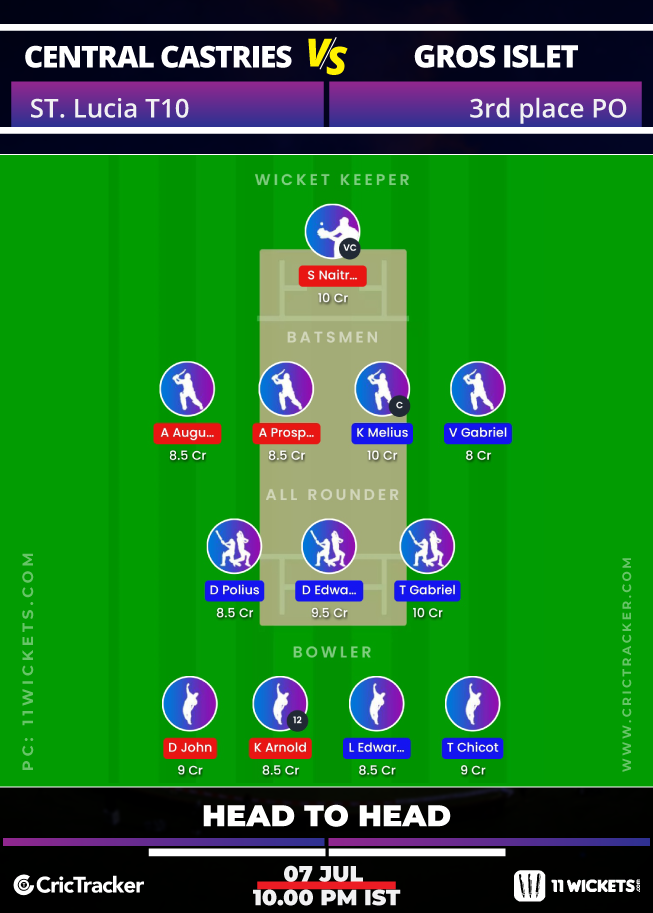 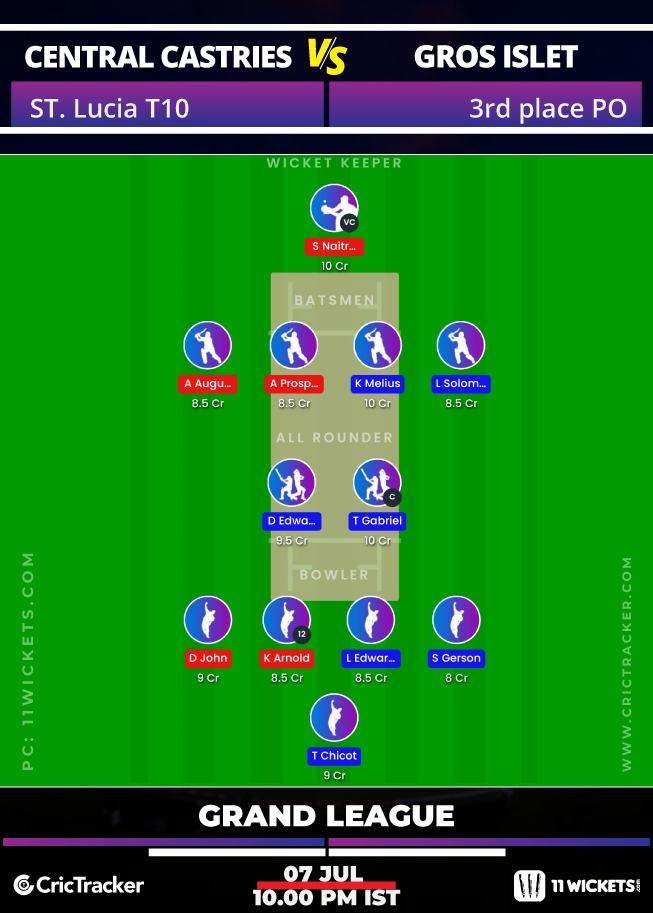 Not many would pick Stephen Naitram for a multiplier role so do consider him for that position to gain an edge.

Gros Islet Cannon Blasters are expected to win this game.