Pick more all-rounders in your team as they can dominate the game. 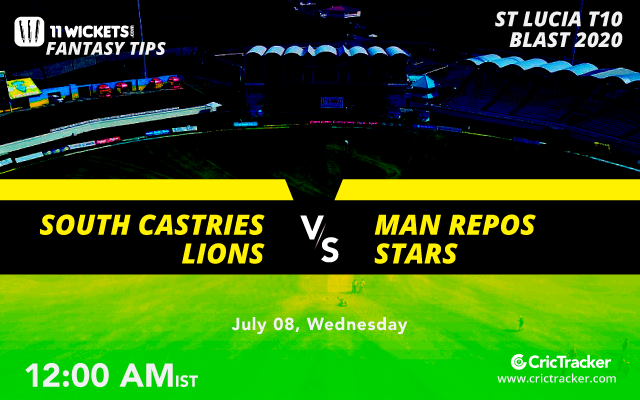 The final match of the St. Lucia T10 Blast will be played between South Castries Lions and Mon Repos Stars at Daren Sammy National Cricket Stadium in St Lucia.

Mon Repos Stars successfully broke Gros Islet Cannon Blasters’ seven-match unbeaten streak in the semi-finals. MRS would be aiming to continue their winning momentum to grab the title in the grand finale against South Castries Lions.

On the other hand, SCL led by Daren Sammy will look to replicate their semis performance to register a resounding win in the final.

The temperature would be around 20s-30s and it should be a perfect one for the full game in the final.

The South Castries Lions have many match-winners in their team. The opening duo of Johnson Charles and Alex Antoine destroyed the Heritage bowling attack in the semifinal with their partnership of 122 runs. Tarrick Edward scalped four wickets in the last match and he will be the wildcard pick for captaincy. 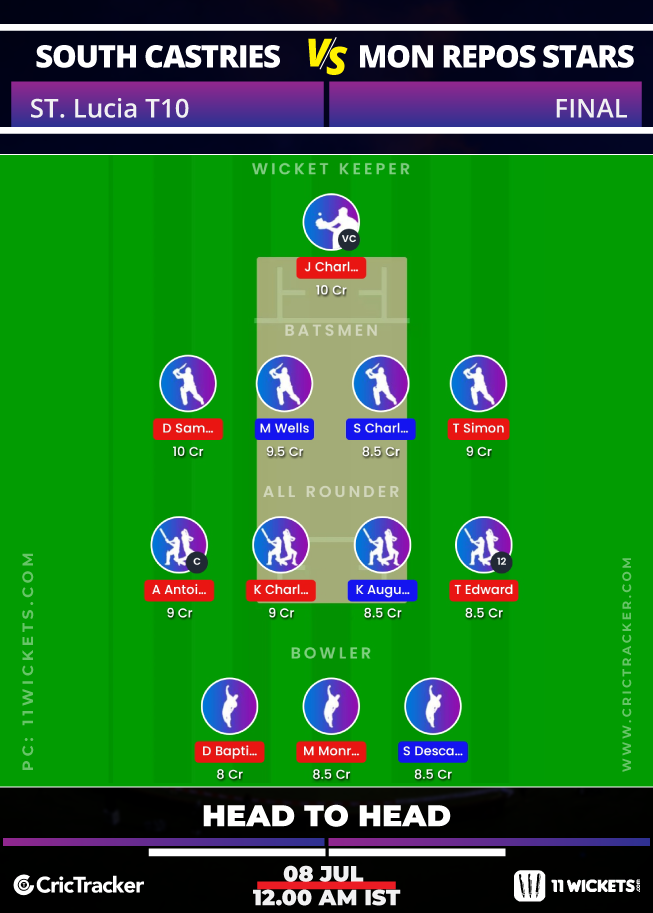 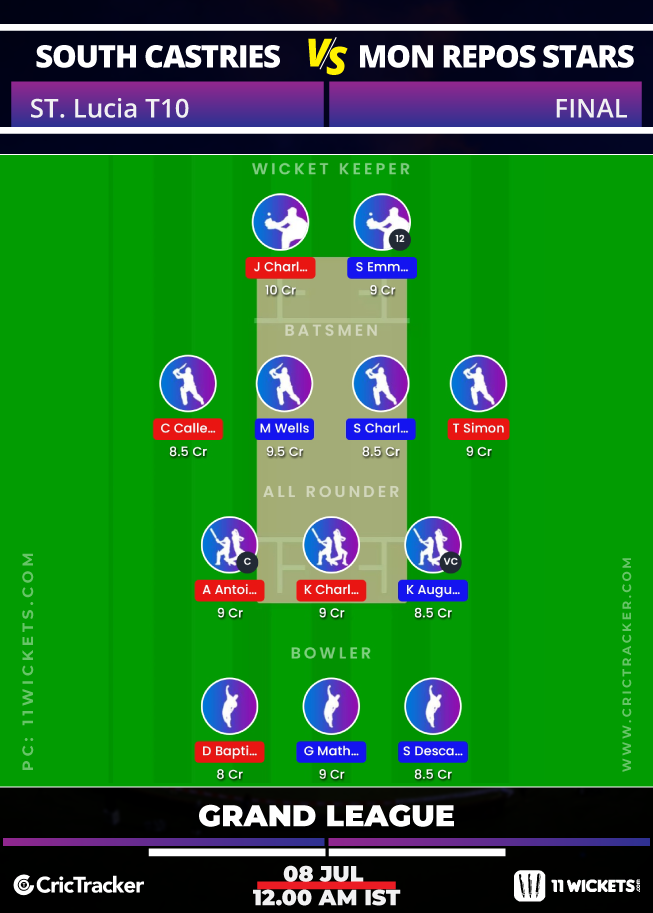 Pick more all-rounders in your team as they can dominate the game.

South Castries Lions are expected to win this match.