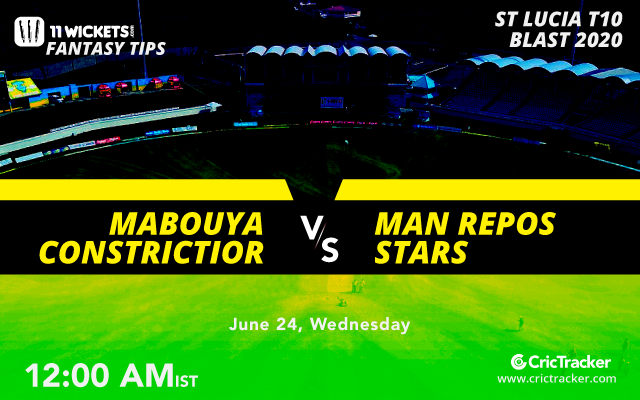 The 2nd match of the 2020 St Lucia T10 Blast will be played between Mon Repos Stars and Mabouya Constrictors at the Daren Sammy National Cricket Ground in Gros Islet, St Lucia.

Mon Repos Stars will lock horns with the Mabouya Constrictors in the second match of the St Lucia T10 Blast. The game will be played soon after the completion of the match between Choiseul Clay Pots and Soufriere Sulphur City Stars at the Daren Sammy National Cricket Ground. Watch out for some special performances from Shervin Charles and Craig Emmanuel for the Mon Repos Stars and over Kevin Augustin and Hazel Charlery for Mabouya Constrictors.

The match scheduled to start at 2:30 PM local time is likely to witness any rainfall.

The boundary ropes brought inside could well be a factor that will neutralize the slowness of the track at the Daren Sammy stadium. The teams batting first will be aiming a total around 80-90 to win in such conditions.

Kevin Augustin played three matches in the Choiseul Smash League at the start of 2020 where he bagged ten wickets including a 5-wicket haul. Hazel Charlery scored 59 runs across two CSL 2020 matches at a pretty high strike rate. He also claimed four wickets in the seven overs he bowled during those conceding only 37 runs. The young top-order batsman Nean Deterville is known for taking up responsibilities and stepping up. Zachary Edmund has a special ability to score big runs and can also take wickets in a bulk. 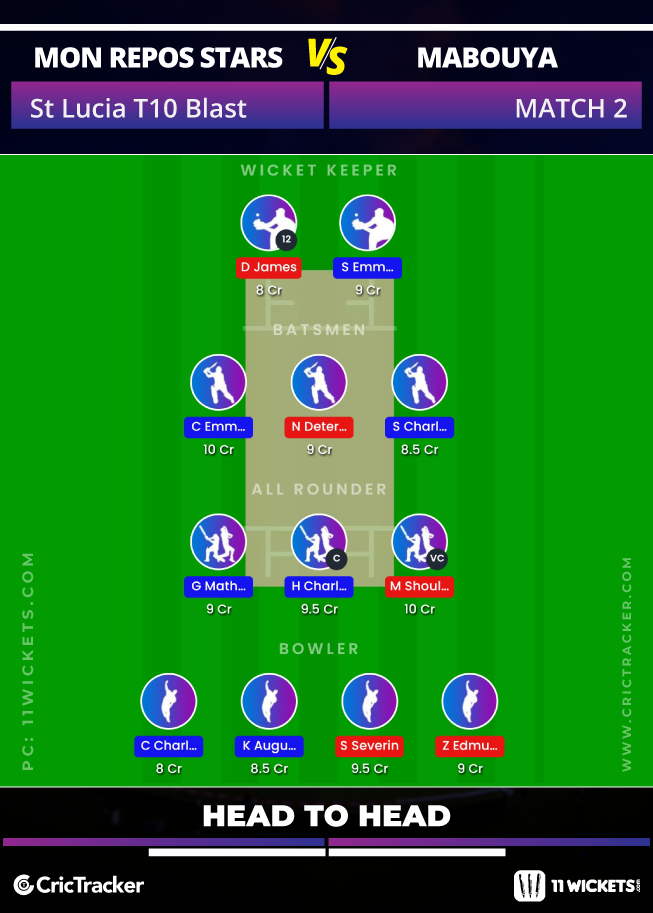 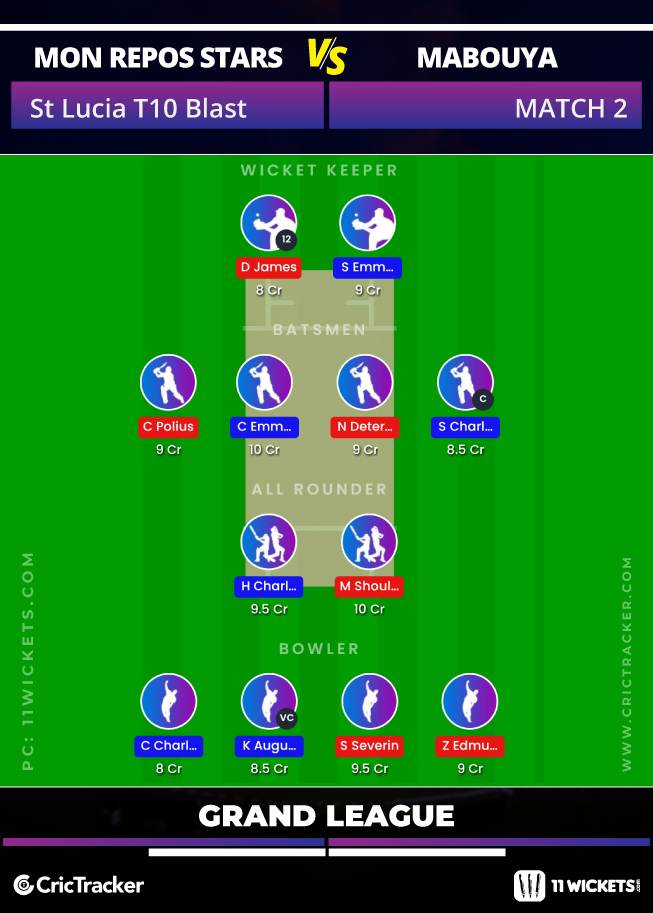 It is unsure of how the pitches at the Daren Sammy stadium are going to work in this tournament. The first match will give a fair bit of idea regarding the slowness of the track. In the case of a slower pitch, the fantasy team for the second match can be filled with spin bowlers and the number of batters to be picked can be minimized.

Mon Repos Stars are likely to edge past the Mabouya Constrictors team.