A few all-rounders are in good form, going with them as multipliers can give some valuable points for your team.

W, L, W, W, W (most recent first) – These are the previous performances of South Castries Lions. They have been pretty consistent in the tournament and they are expected to continue the winning momentum when they meet Central Castries Mindoo Heritage.

On the other hand, CCMH lost two games in their previous five matches. The last time these two teams met against each other, SCL emerged victorious. CCMH will aim to turn the tables when they meet on Monday.

Weather is expected to be around 27.65 degrees at the venue and the full match is predicted to happen.

106 is the average first innings score at this venue in the previous five matches. Teams winning the toss will surely opt to bat first to put a big score on the board. 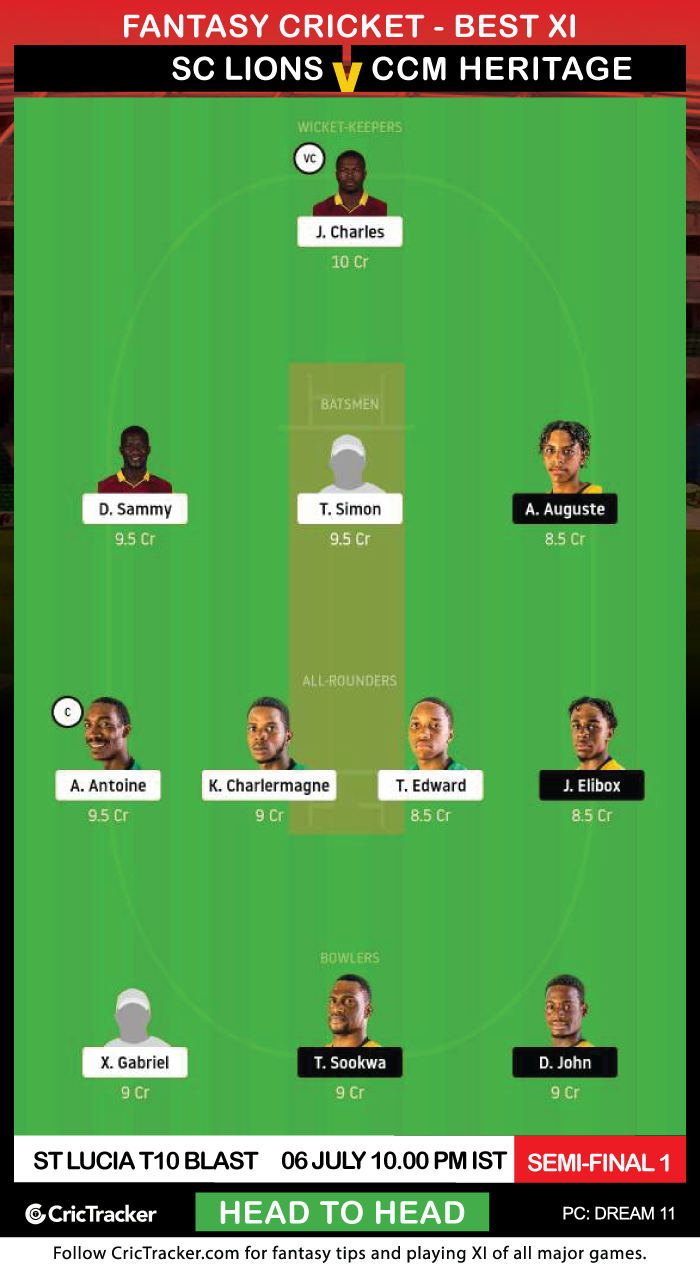 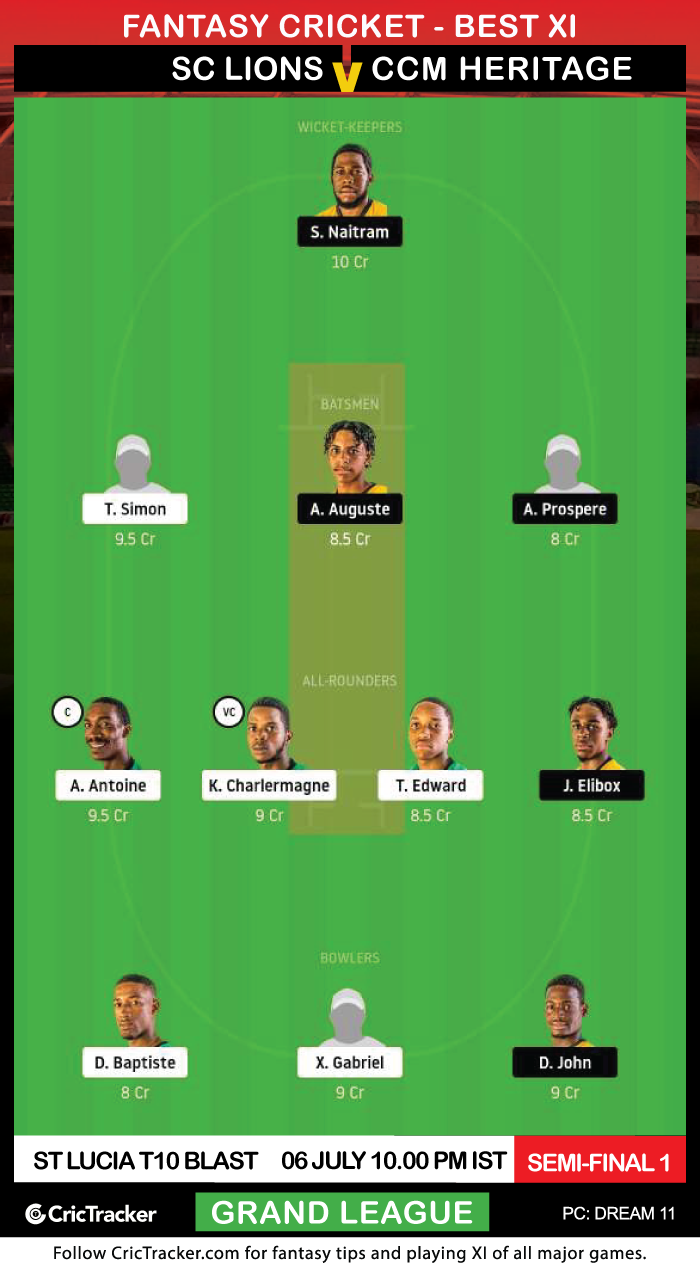 A few all-rounders are in good form, going with them as multipliers can give some valuable points for your team.

South Castries Lions are expected to win the game.