The South Castries are expected to win this game and book a semifinal berth. 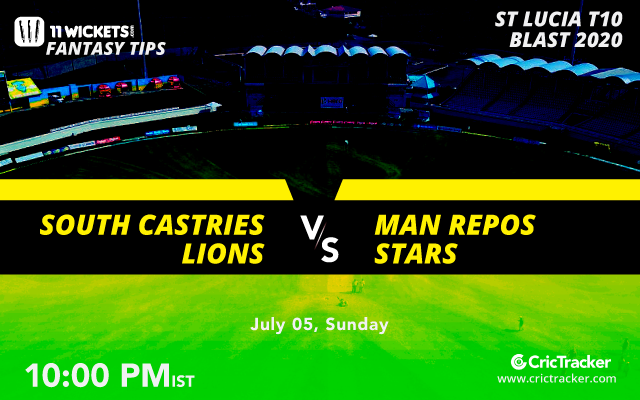 The 5th match in Super Four stage of the St. Lucia T10 Blast will be played between South Castries Lions and Mon Repos Stars at Daren Sammy National Cricket Stadium in St Lucia.

Both teams are heading into this fixture on the back of a defeat, which makes it even more important for them to win this one. The Mon Repos Stars are officially out of the tournament with two consecutive defeats, whilst the South Castries can still make it all the way if they win this game. Both teams suffered at the hands of the Gros Islet Cannon Blasters in this tournament and despite being evenly matched, the South Castries look a lot more confident heading into this game.

The weather conditions in Gros Islet are expected to be scintillating for a game of cricket with temperatures ranging from 28-31 degrees.

Teams batting first have been doing well in the tournament and considering a fact that the pitch is slowing down in recent times, this should be one good game between bat and ball.

Whilst Johnson Charles and Darren Sammy add international experience to the side, there’s Sabinus Emmanuel and Shervin Charles in the other team who have been doing brilliantly at the top order. Sabinus Emmanuel has been staggeringly consistent with the bat and is expected to continue the same.

Tonius Simon could be a punt pick for captaincy in the mega league considering his recent exploits. Alex Antoine has been doing a sensational job with the bat and ball, making him their most important player. Among other all-rounder options, Kester Charlermagne and Hazel Charlery will be crucial in your fantasy team. 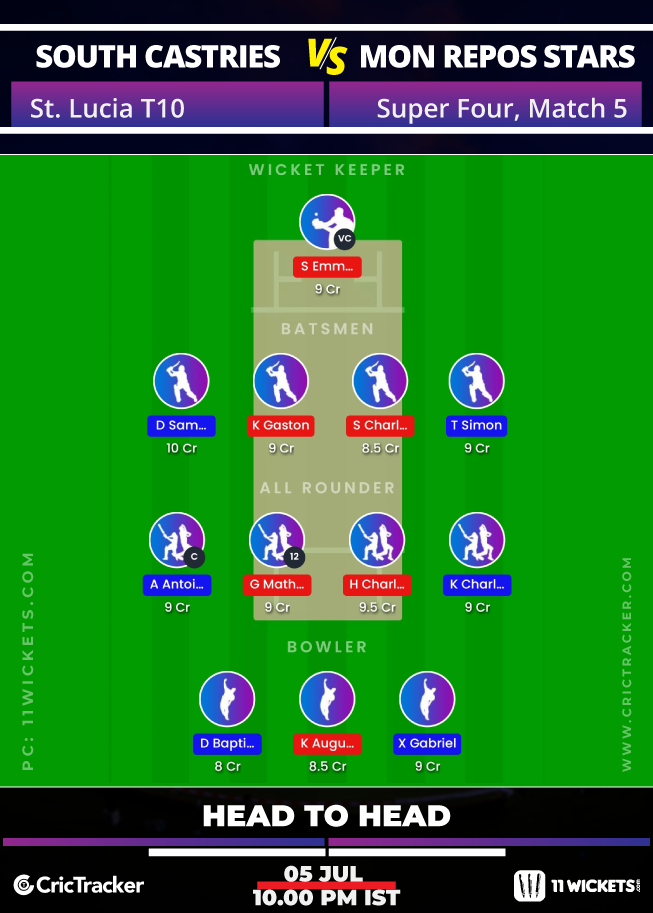 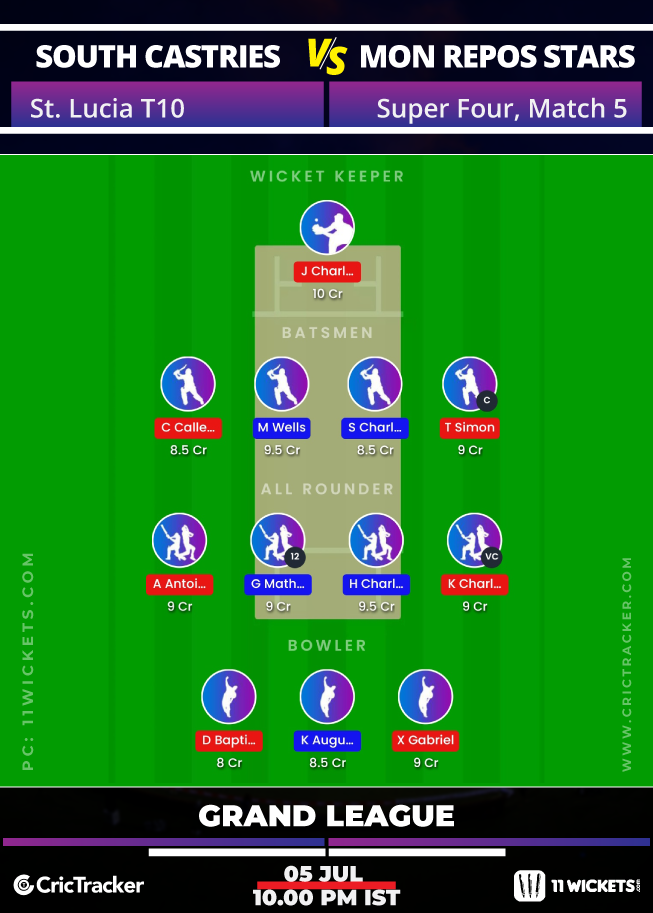 Tonius Simon is a decent captaincy option in Grand Leagues as not many will pick for the multiplier option.

South Castries Lions are expected to trump their opponents and enter the semifinals.