The 5th match in Super Four stage of the St. Lucia T10 Blast will be played between South Castries Lions and Mon Repos Stars at Daren Sammy National Cricket Stadium in St Lucia.

The South Castries Lions had a tough outing against the best team in the tournament last night and they now find themselves in a do-or-die situation heading into this fixture. The team winning this fixture would head straight into the semifinal and there’s no way either one of them will be taking a single moment for granted. With all the international and domestic cricket experience the South Castries carry in their lineup, this should be one very exciting and challenging game for them.

Weather is expected to be sunny around 31 degrees and the full match can be expected.

The average score in the tournament has been pretty high and the first batting team has a good chance of winning.

Johnson Charles and Darren Sammy are two of the most recognizable names in international cricket and just their history is enough to hand them a place in your fantasy team. Sabinus Emmanuel has been sensational this season for the Repos Stars and is turning out to be one for the players of the season. His 164-run tally is the best among his teammates. His opening partner Shervin Charles has been brilliant with the bat and ball too.

Tonius Simon has picked up over 250 points in the fantasy league and has been contributing significantly with the bat and ball. Alex Antoine has been in similar touch for the South Castries, scoring 116 runs and also picking five wickets. Kester Charlermagne has picked up 9 wickets already and only intends to add more to his list.

Sadrack Descartes joined the party late, but has done well in the last couple of games, earning close to a 100 fantasy points. Daniel Baptiste and Xavier Gabriel are the top picks among the South Castries bowlers, having done a fairly decent job until now. 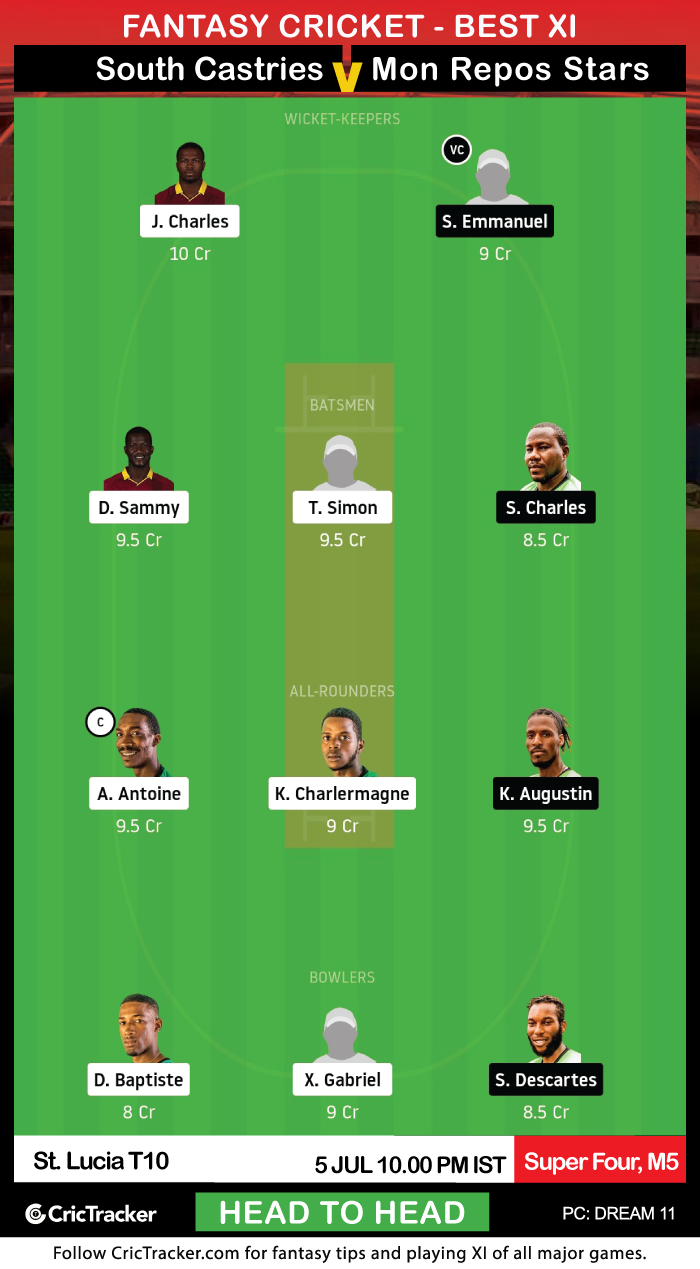 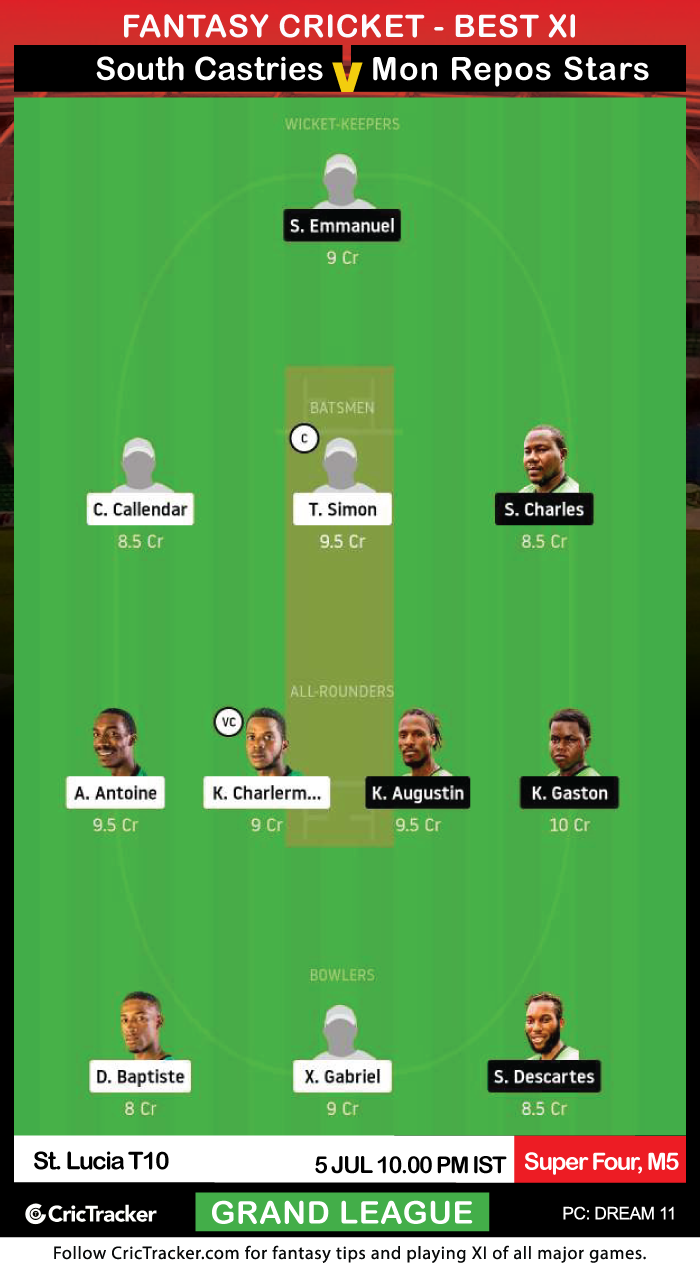 Tonius Simon might not be picked up by many for the captaincy role, hence it is worth having a go with him in a multiplier role, especially in the grand league.

South Castries Lions are expected to trump their opponents and enter the semifinals.