Two sides placed at No.4 and No.5 in the points table will lock horns against each other in Match No. 20 of the St.Lucia T10 Blast tournament.

The 20th Match of the St. Lucia T10 Blast will take place between the Mon Repos Stars and Choiseul Coal Pots. The match will start at 11:00 PM IST and will be streamed live on FanCode.

The Mon Repos Stars have won the only match that they have played in the tournament, and are placed at 5th place in the points table. The Choiseul Clay Pots thrashed the Babonneau Leatherbacks with 8 wickets to spare in their previous encounter, while the Mon Repos Stars beat the Gross Islet Cannon Blasters in a nail-biting encounter by 6 runs.

Hazel Charlery single-handedly allowed the Mon Repos Stars to post a 6-run victory over the Cannon Blasters in their previous encounter. He blasted a sensational 34 at a strike rate in excess of 200. His innings was studded with 2 fours and 3 sixes.

Charlery is in scintillating form, and if he can once again repeat his heroics from the previous match, then the Choiseul Coal Pots will not be at peace.

Junior Henry decimated the Babonneau bowling attack in the Clay Pots’ previous match. The opening batsman scored a blistering 12-ball 34 to power his side to a comfortable 8 wicket victory.

Henry is dangerous with the bat and is also in good form. He will look to create panic in the Mon Repos Stars’ camp by once again trying to impose himself on the proceedings. 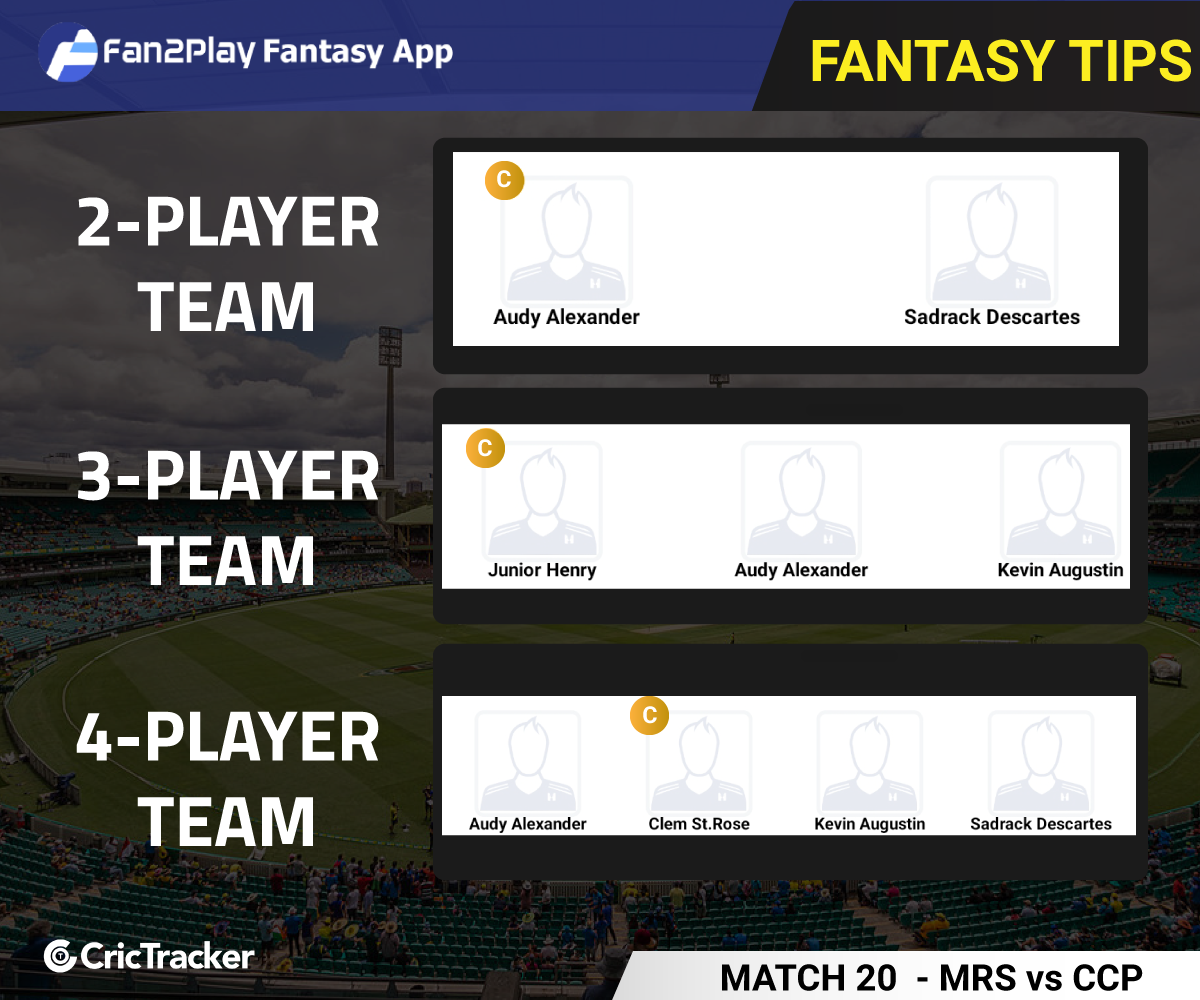 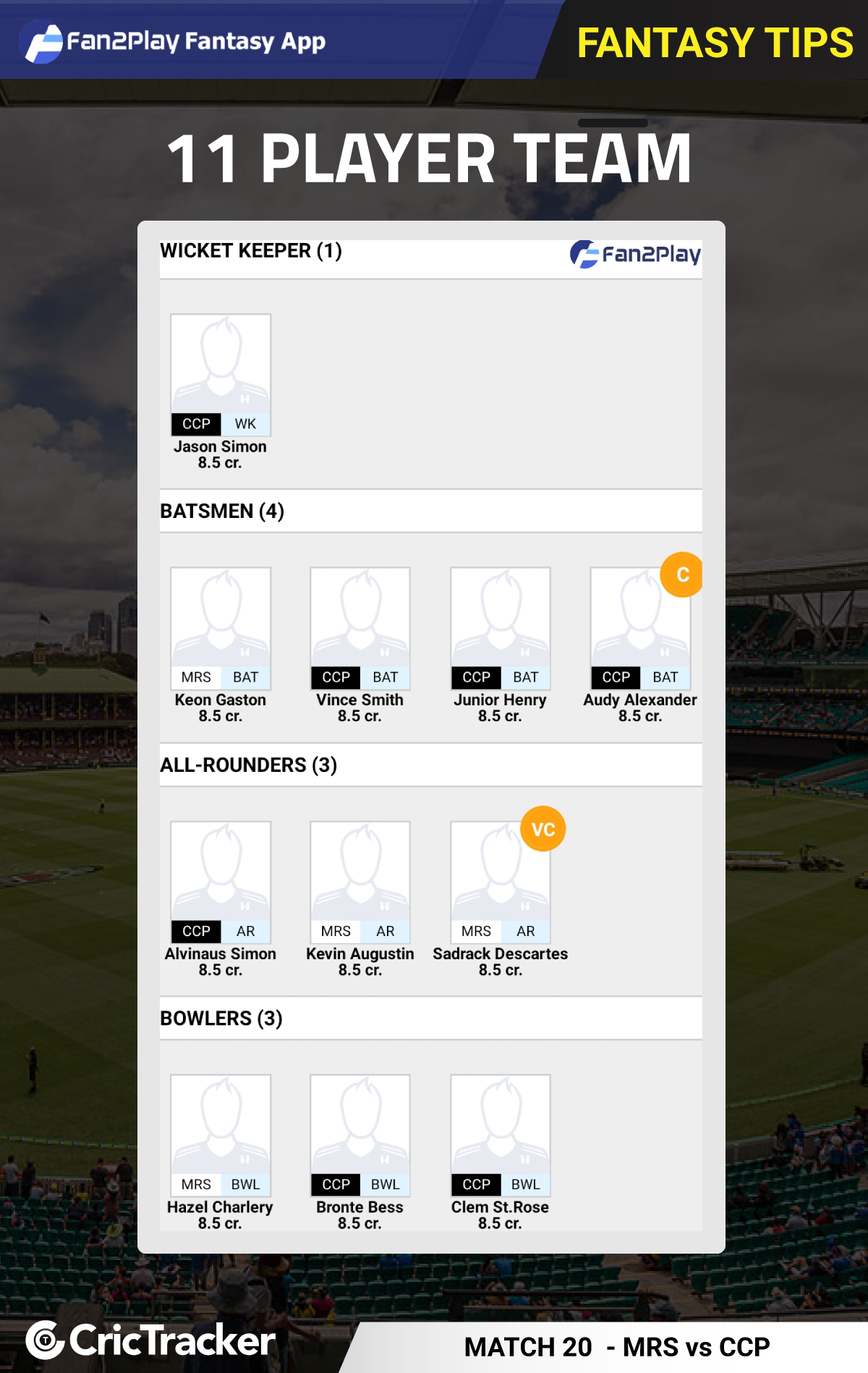