With his superb performances, Joe Root is being touted as one of the best batsmen of England’s Test cricket history. 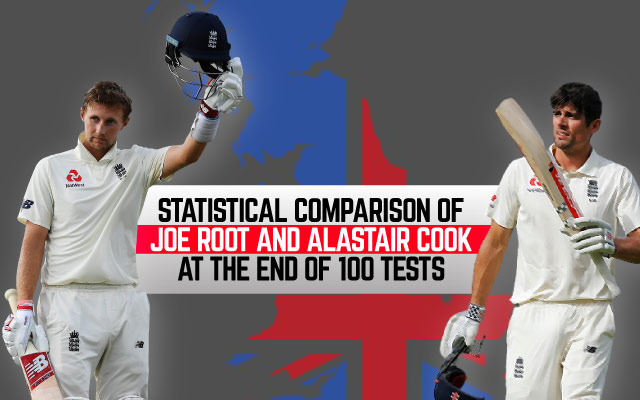 Joe Root recently played his 100th Test match against India in the first match of the four-match Test series. He left no stone unturned in making the Test match memorable for himself as well as his team. Root scored a magnificent double century in the first innings and ensured England were ahead in the game for the most part of the Test match. England eventually won this match by 227 runs and have taken a lead of 1-0 in the Test series.

Joe Root had earlier played brilliant knocks of 228 and 186 runs against Sri Lanka in the two-match Test series. With his superb performances, he is being touted as one of the best batsmen of England’s Test cricket history. Comparisons are being drawn with Alastair Cook, the most successful Test batsman for England.

In this article, we are going to compare the stats of Joe Root and Alastair Cook on different parameters 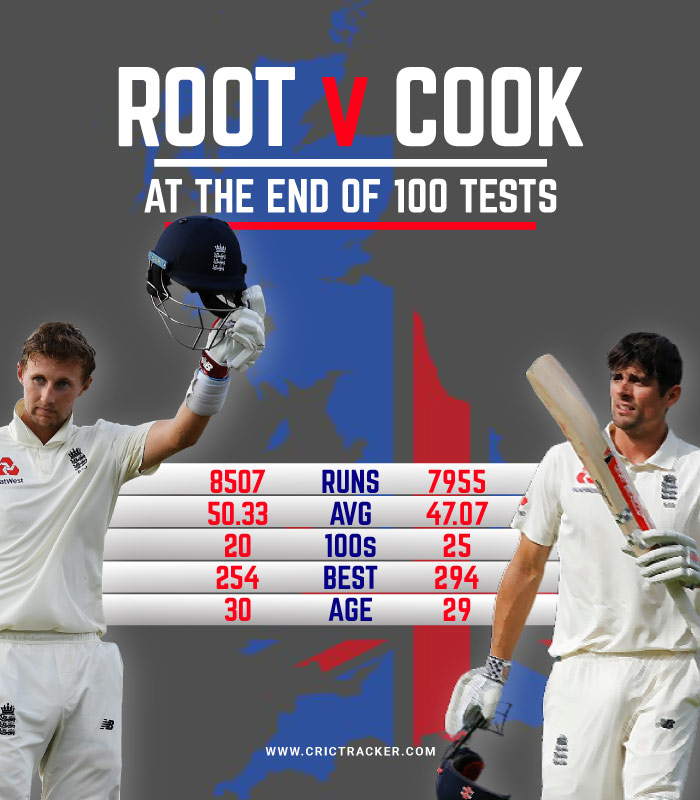 For the batsmen from countries like England or Australia, their record in Asia is considered as a major parameter to judge their performance. In the 28 Test matches Cook played in Asia, he scored 2710 runs at an impressive average of 53.13. This includes 9 centuries with a high score of 263.

Joe Root also has a great record in Asia adding to his last 3 Test matches in the continent. He averages 58.81 in Asia scoring 1882 runs in 17 Test matches. This included 5 centuries with a high score of 228 against Sri Lanka. 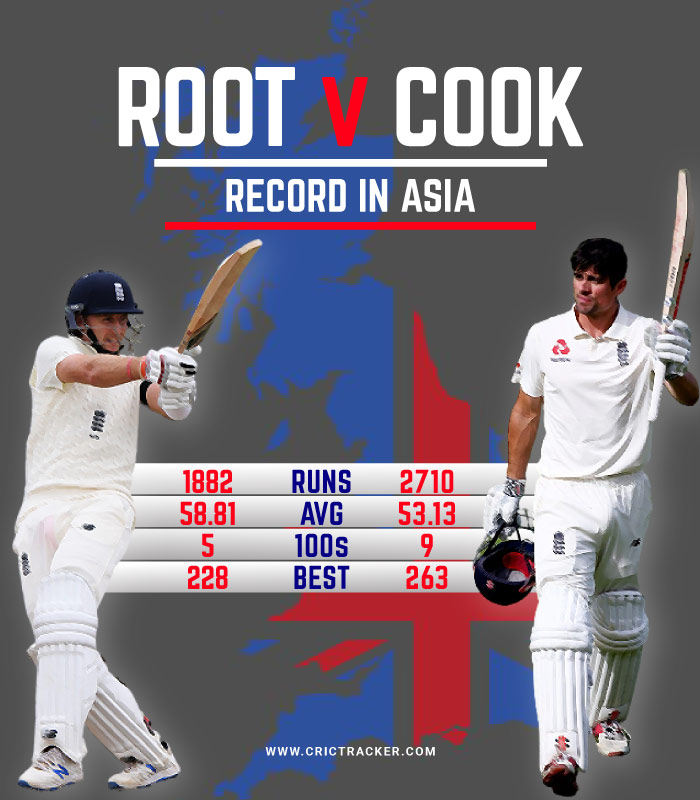 Joe Root has fared much better in Asian condition though his record in Australia and New Zealand is not that good.

Alastair Cook has a good record in India, West Indies, Australia, and Bangladesh. However, his performance in South Africa and New Zealand is below the mark. 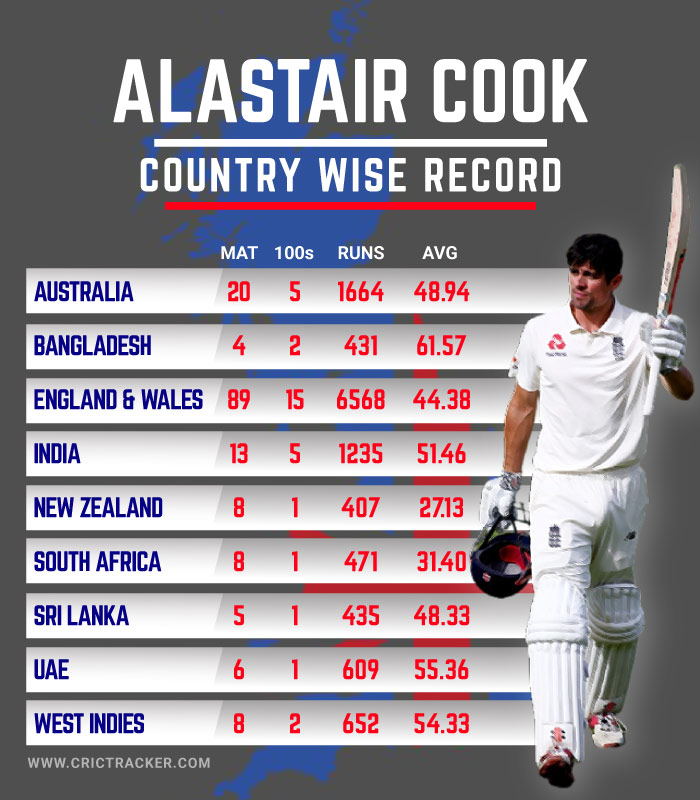 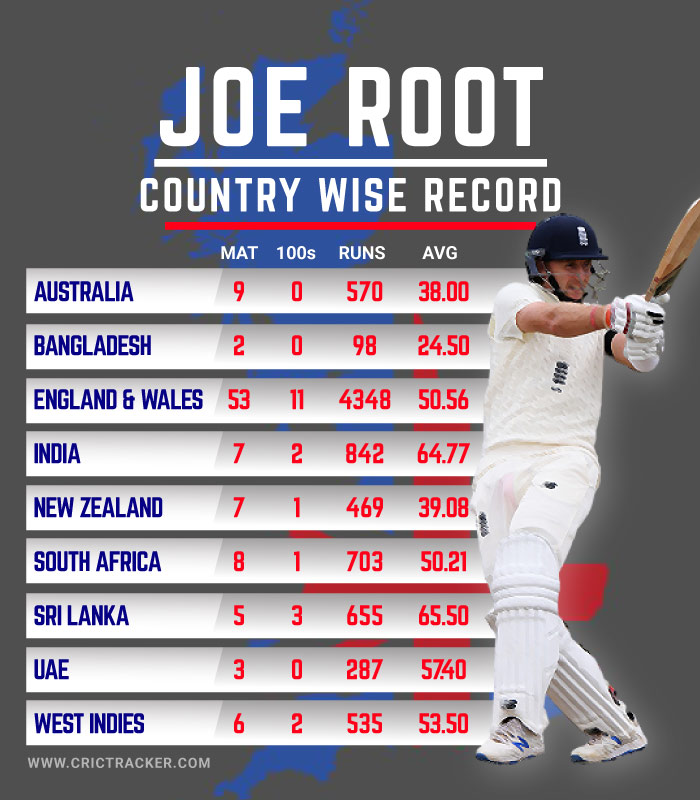 Home vs Away for Root and Cook

For both the players, there is not much difference in their individual performances at home and away venues. However, Joe Root has a much better average in comparison to Alastair Cook in both cases. Overall, Alastair Cook scored 12472 runs in 161 Test matches at an average of 45.35. It includes 33 centuries with a high score of 294.

While for Root, he has scored 8507 runs till now in his Test career at an average of over 50. 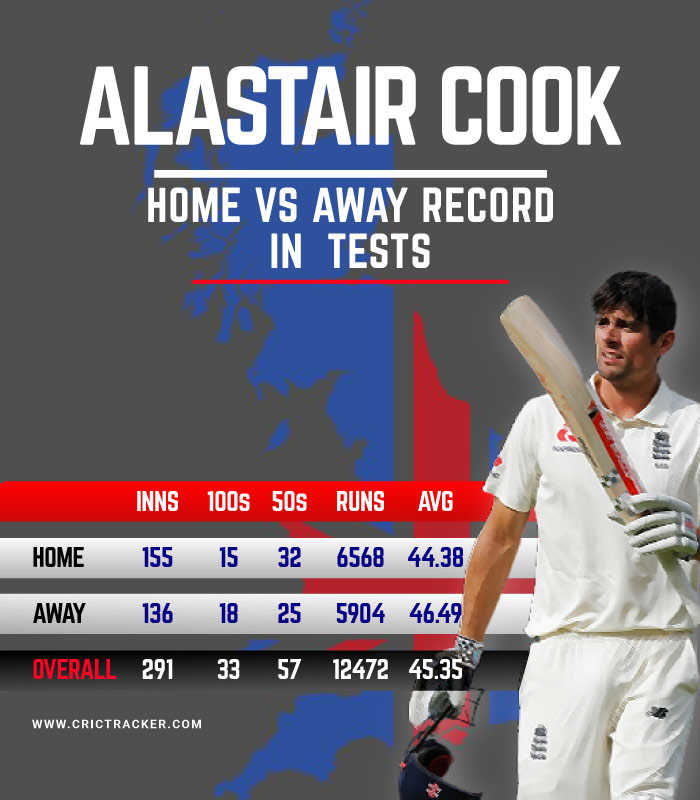 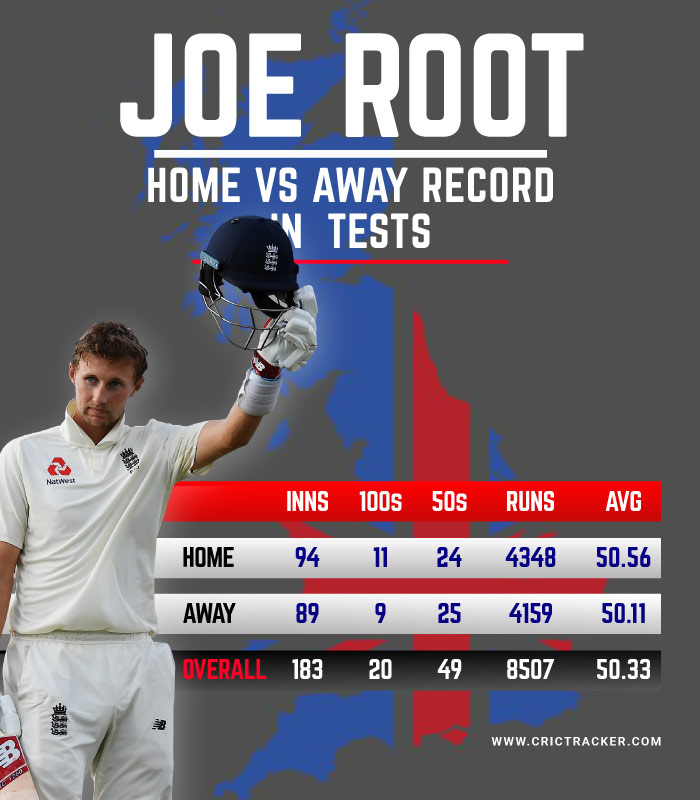 Alastair Cook had played 100 Test matches till the age of 29. He eventually retired at an age of 33 in September 2018.

Joe Root is currently 30 years of age, and the longevity factor in his career will define how many runs he can score for England. Only future will tell whether he will be able to surpass Alastair Cook in terms of Test runs and become the most successful English batsman in Test history.