Here are some of the stats and facts from the IPL matches hosted by the UAE in 2014 season.

The Indian Premier League (IPL) returns to the United Arab Emirates (UAE) after a gap of six years due to the never-ending COVID-19 pandemic in India. The talks and focus at the moment have been over the playing conditions and pitches in the UAE. With a lot of changes happening in these six years, the performances of teams from the 2014 season is unlikely to be replicated. A total of 20 matches took place in UAE during the 2014 edition of the IPL as it conflicted with the general elections in India.

Here are some of the stats and facts from the IPL matches hosted by the UAE in 2014 season: 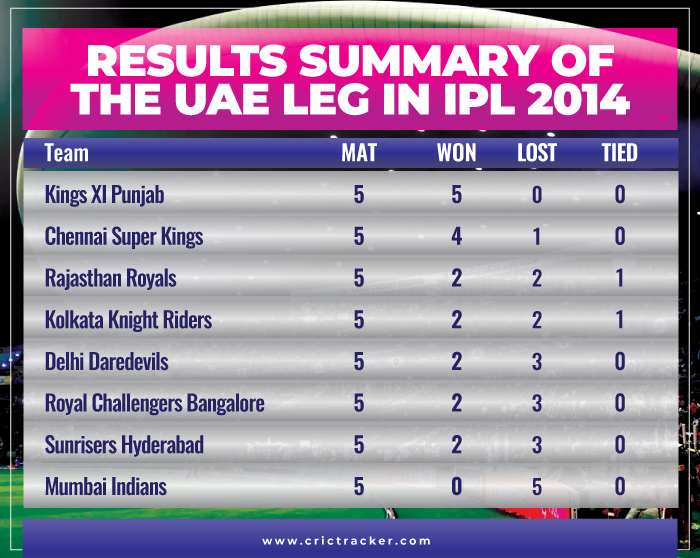 3 – Glenn Maxwell recorded the top three highest individual scores during the UAE leg matches in 2014. He scored 95 runs off 43 balls during the matches against CSK and SRH teams between which he also made 45-ball 89 against Rajasthan Royals.

Aaron Finch’s unbeaten 88 for the Sunrisers against Delhi franchise was the highest individual score of the UAE leg which was not recorded by Maxwell. 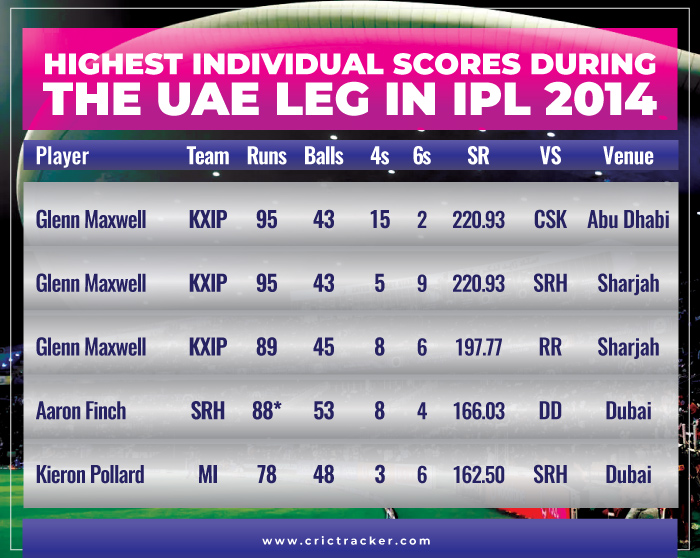 4 – During the tournament opener between MI and KKR, Lasith Malinga and Sunil Narine picked up 4-wicket hauls for their respective teams. Till date, only four IPL matches witnessed rival players picking up 4-wicket hauls. Post this game, four players picked 4-fers during the matches played in UAE during the 2014 season and all of them being Indian bowlers only. 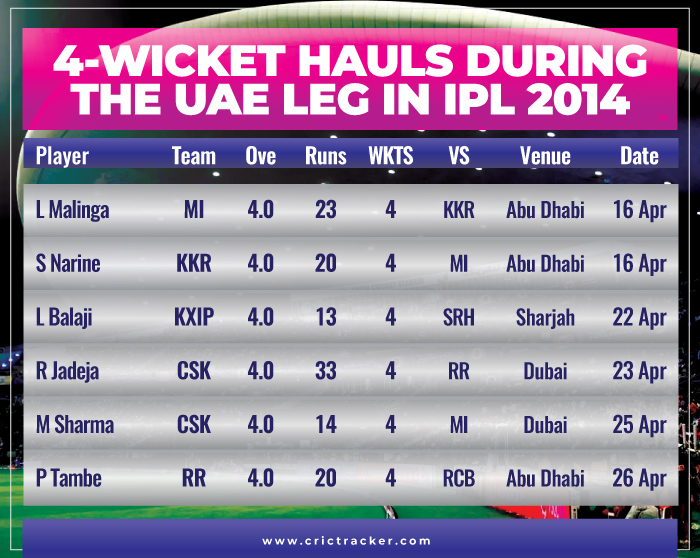 5/5 – Kings XI Punjab were the only side to remain undefeated in UAE leg matches during the 2014 IPL. KXIP won all the five matches they played in the UAE a streak that began with a victory over Chennai Super Kings. The CSK team started the UAE leg with a defeat against KXIP which was followed by a 4-match winning streak.

5.31 – Yuzvendra Chahal’s economy of 5.31 was the best among the players who bowled at least five overs in the UAE leg. Sunil Narine came a close second with an economy of 5.33 but the leading wicket-taker with nine wickets from five games. 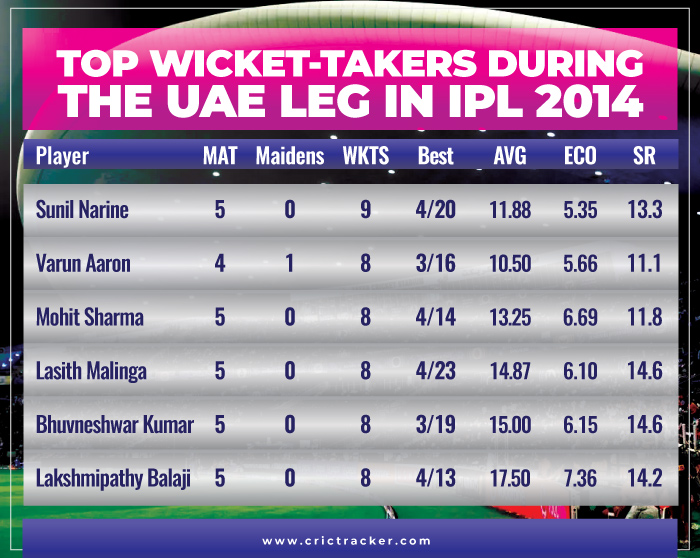 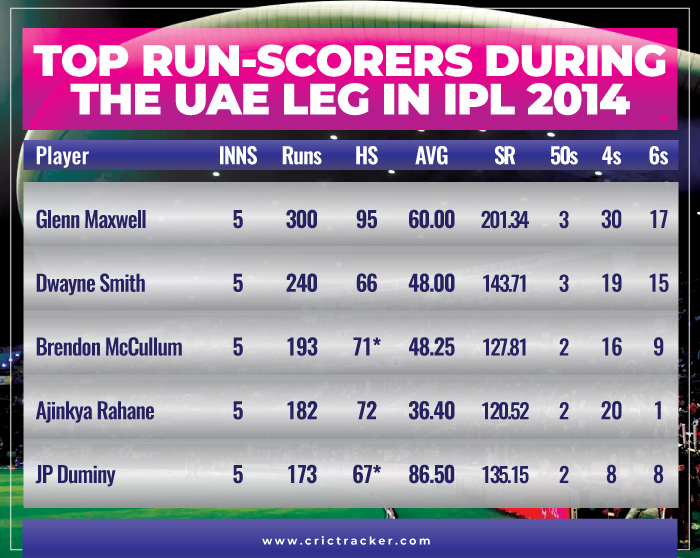