The record for fastest fifty on ODI debut is held by Jon Morris of New Zealand.

Asif Ali, who got the limelight for his big-hitting ability in the Pakistan Super League (PSL) and cashed on the opportunities he got in the T20I format. He earned his ODI call-up after a good show in the shortest format and made his debut on Friday in the first ODI against Zimbabwe. Asif walked out to bat for the first in this format after the dismissal of Shoaib Malik in the 42nd over.

The 26-year-old scored 46 runs in just 24 balls with four fours and two big sixes at the Queens Sports Club in Bulawayo. Asif took a lot of risks going the aerial route but things worked out in his favour and the ball fell safe in between fielders. His innings finally came to an end when he hit one straight to long-off in the 49th over bowled by Tendai Chatara. Thus, he missed out on a golden chance of recording the fastest fifty by any player on ODI debut. 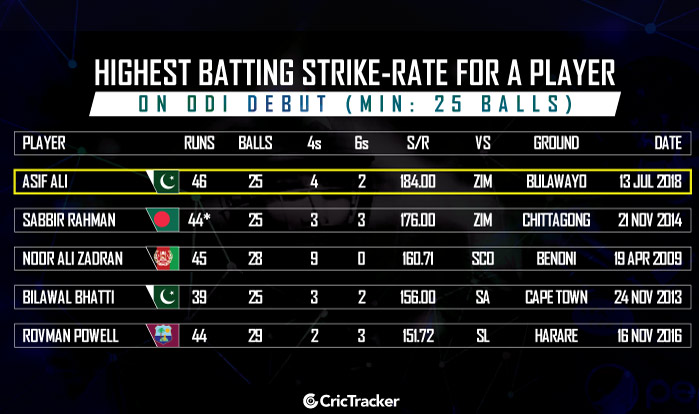 The record for fastest fifty on ODI debut is held by Jon Morris of New Zealand who scored a 35-ball fifty on his debut against England in the 1990 Adelaide ODI. Asif was set to better Morris’ long-standing record by at least 10 balls. However, the Pakistan all-rounder now has the highest batting strike-rate for a player on ODI debut who faced a minimum of 25 balls.

He had a strike-rate of 184 bettering Sabbir Rahman’s 176 from his unbeaten 25-ball 44 in 2014 Chittagong ODI which was also against Zimbabwe. Asif Ali’s 25-ball 44 is the 4th quickest 30-run knock by any player on their ODI debut. Thisara Perera has the fastest 30 on ODI debut when he scored 31 in just 15 balls against India in the 2009 Kolkata ODI. Jonny Bairstow scored an unbeaten 21-ball 41 in a successful chase on his ODI debut against India in 2011. 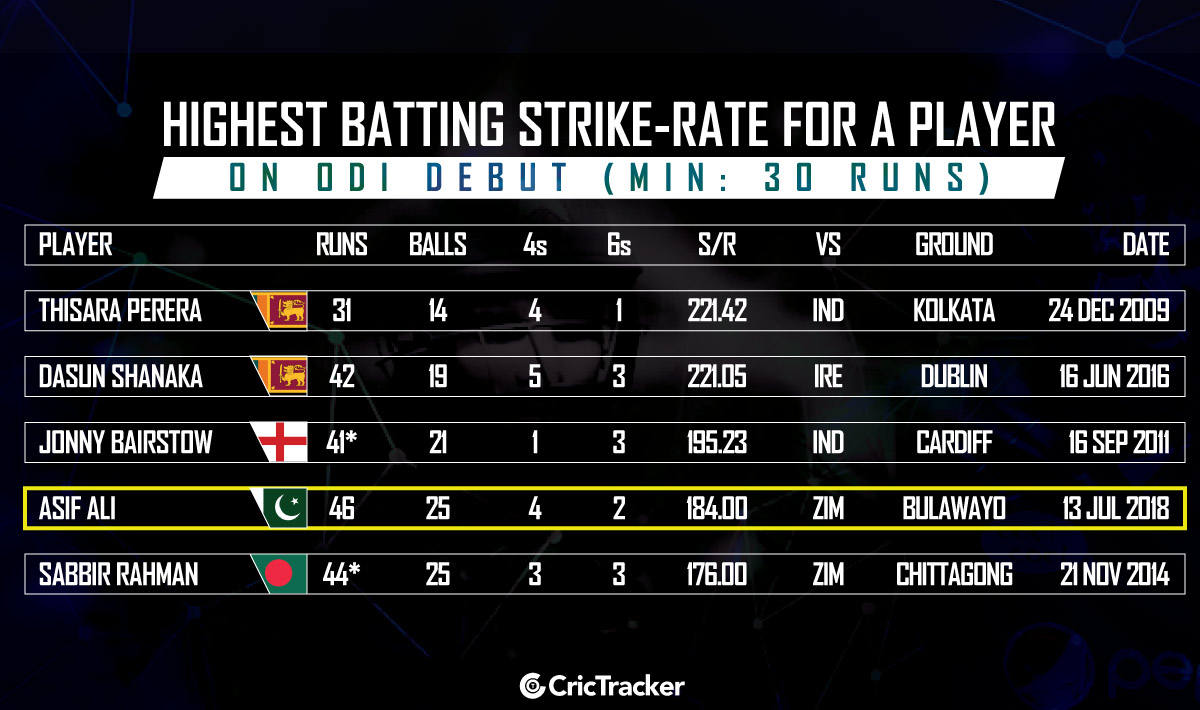