Martin Guptill produced a carnage on Friday night in the T20 Blast game for his team Worcestershire while chasing a target of 188 against Northamptonshire. Guptill measured the Northampton ground with his hits as he cruised to a 35-ball century. The New Zealand batsman hit 12 fours and seven sixes during his 38-ball 102 and his stay at the crease was for just 40 minutes. His blistering knock helped Worcester chase the target down in 13.1 overs with nine wickets in hand.

Worcestershire had to keep an eye on the DLS par score with chances of rain around and a couple of games played on Friday night getting start-stop due to rain. Martin Guptill’s opening partner Joe Clarke raced to an 11-ball 24 as the visiting side made 34/0 in three overs. Guptill, batting on six off eight balls, decided to take on Richard Gleeson. The Kiwi opener hit the pacer for 6, 4, 4, 4, 0 and 4 in the 4th over that yielded 22 runs. 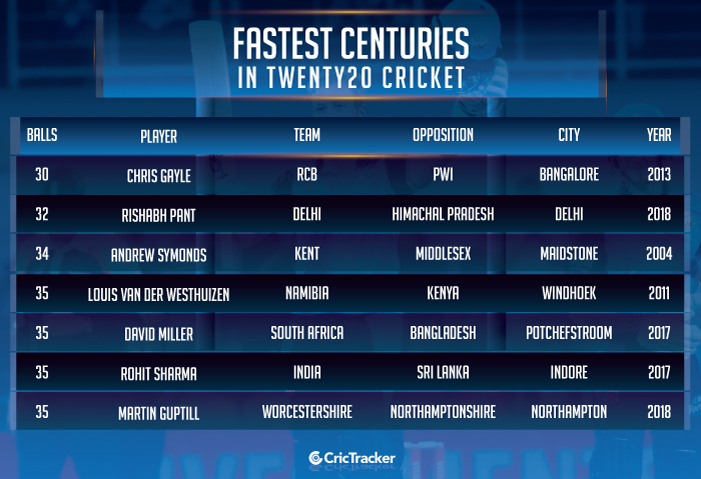 Thus, Guptill recorded the joint 4th fastest century in the Twenty20 format. Interestingly, this is the 3rd T20 century in the last one year that was recorded in 35 balls. David Miller and Rohit Sharma shared the T20I record when they scored 35-ball tons in 2017. Rishabh Pant, this year, scored a 32-ball century in the Syed Mushtaq Ali tournament which is the 2nd quickest behind Chris Gayle’s 30-ball hundred that he got in the 2013 IPL.

Guptill’s 35-ball ton is the 2nd fastest in Twenty20 cricket in England as Andrew Symonds scored a 34-ball century way back in 2004 which stood as the all-time T20 record for nearly nine years. Daniel Christian also scored a 37-ball century against Northamptonshire at Northampton this season. The 35-ball century by the Guptill is also the fastest by any New Zealand player in the Twenty20 format. The previous fastest T20 century by a New Zealander was off 37 balls by Scott Styris who also got it in the England domestic T20 tourney.

Fastest centuries in the Twenty20 format in England: 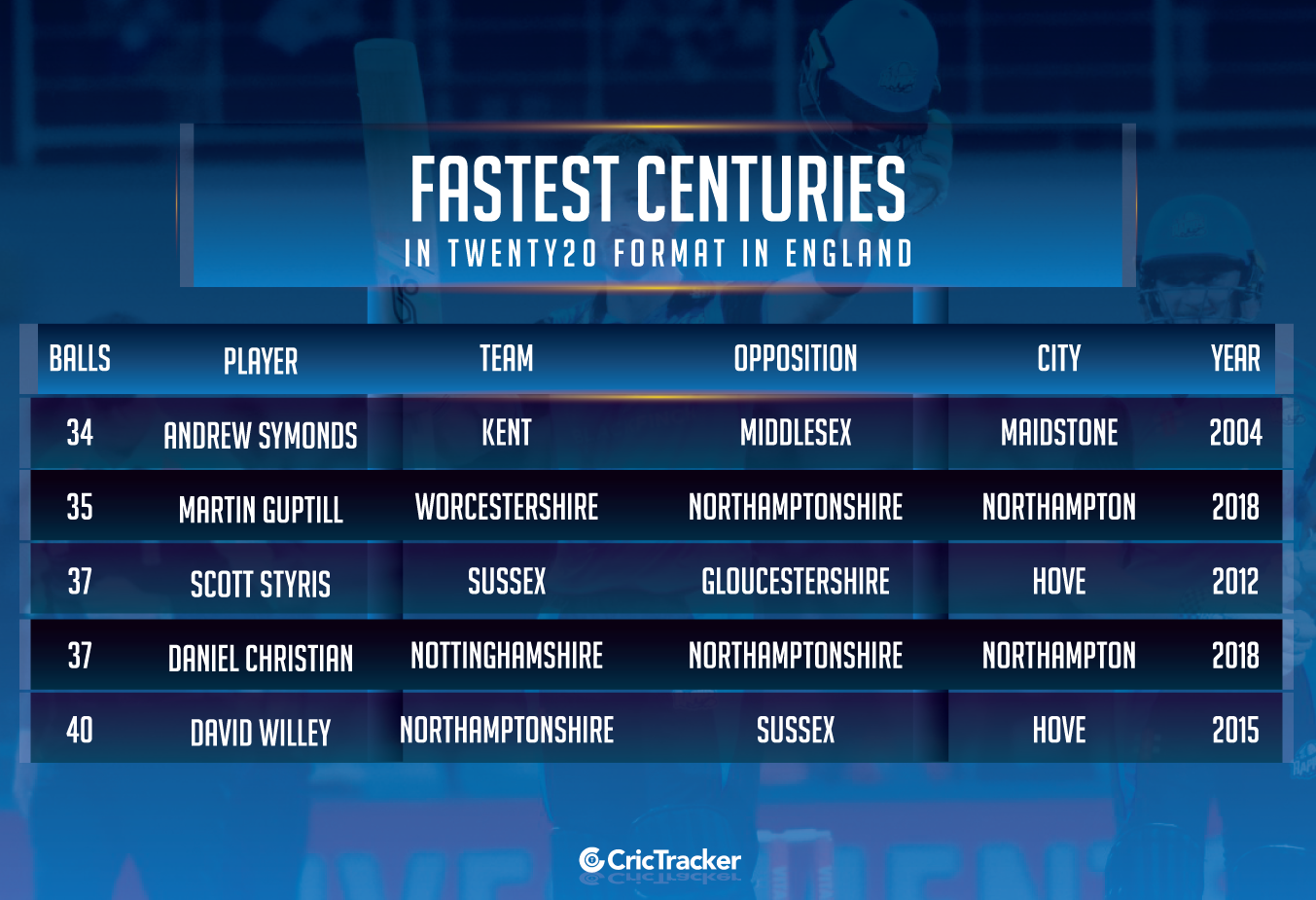