Stats: Most runs as a captain in Tests

Stats: Most runs as a captain in Tests

Kohli scored 72 runs in the second innings for India.

Indian captain Virat Kohli scored a half-century against England in the fourth innings of the first Test match in Chepauk. The Indian team did not have a great start on the fifth day of the match. Chasing a big target of 420 runs in the fourth innings, India had scored 39 runs at a loss of 1 wicket till the end of the fourth day.

On the fifth day, India lost Cheteshwar Pujara very early who was dismissed for the score of 15 runs off 38 balls. Captain Virat Kohli who came to bat at number three added 34 runs for the third wicket with opener Shubman Gill. The hosts lost wickets of Gill, Ajinkya Rahane and Rishabh Pant in a very short span. However, Virat Kohli looked composed with the bat at one end.

Virat was dismissed by English All-rounder Ben Stokes at a score of 72 runs. In his 114-ball innings, he hit 9 fours. During this innings, Virat Kohli created a new milestone surpassing Clive Lloyd in terms of most Test runs as a captain. He currently stands at the fourth spot among the players scoring most runs as captain in Test cricket.

The 32-year-old has scored 5303 runs so far while leading India in Test cricket at an average of 60.26. This includes 20 centuries and 14 half-centuries, with a high score of 254 runs against South Africa. Virat Kohli is currently behind Graeme Smith, Allan Border and Ricky Ponting among the captains with most Test runs.

In the fourth innings of the first Test against England, Kohli added 54 runs for the seventh wicket with Ravichandran Ashwin. In the first innings, Virat Kohli could not get to a big score and was dismissed at an individual score of 11 runs off 48 balls. India were bowled out for a score of 192 runs in the fourth innings and lost the match by 227 runs.  England have now taken a lead of 1-0 in the 4-match Test series.

Most runs as captain in Tests: 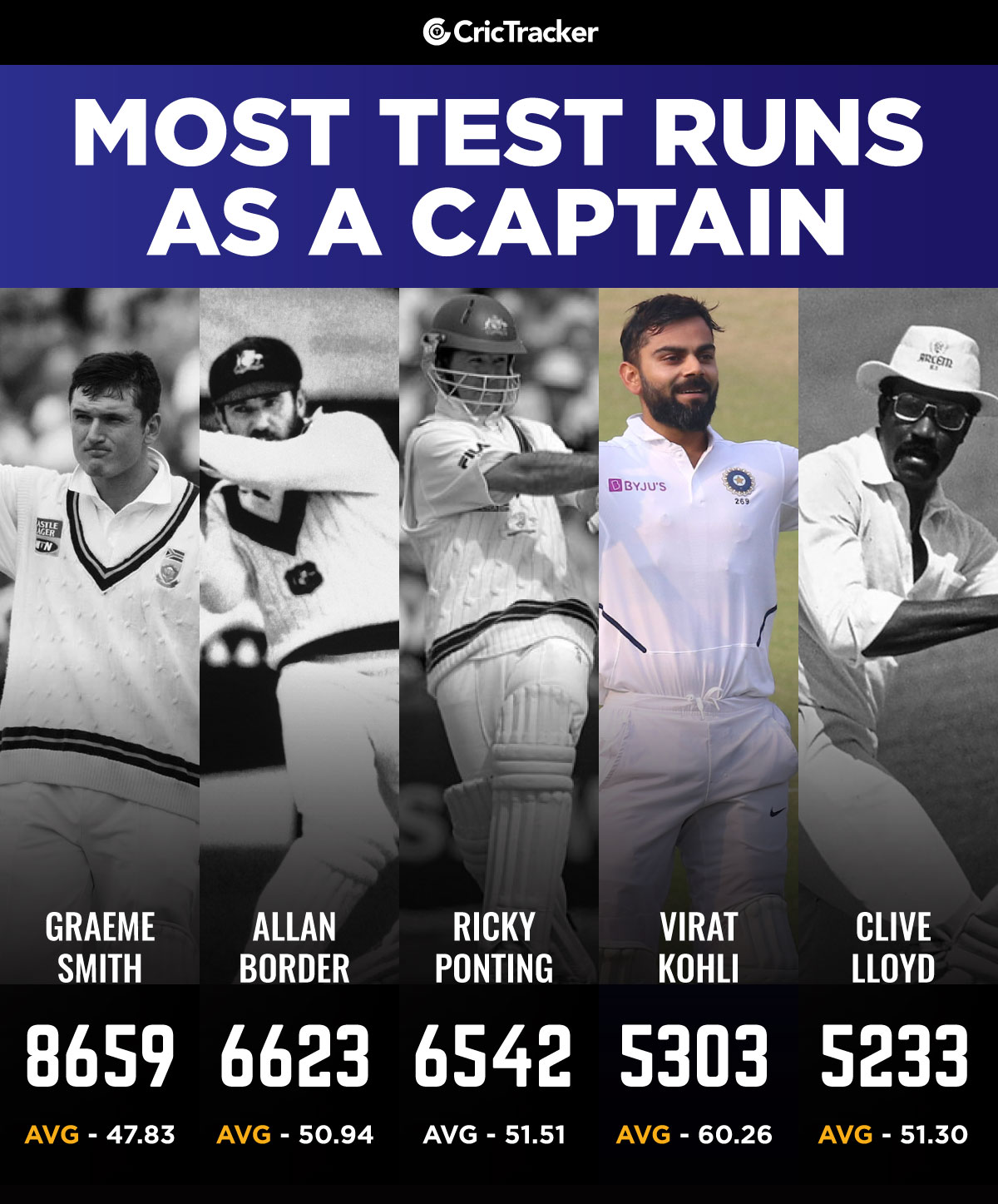