Mushfiqur Rahim scored an unbeaten 219 during his 589-minute stay at the crease.

Mushfiqur Rahim led Bangladesh’s fight-back in the home Test series against Zimbabwe who won the first Test match in Sylhet. Rahim struck an unbeaten 219 in the first innings of the game after walking in to bat at 26/3. He shared a 266-run partnership for the 4th wicket with Mominul Haque who made a 247-ball 161. After being seven down for 378, Rahim found support from Mehidy Hasan whose unbeaten 68 helped Bangladesh get past the total of 500.

Bangladesh were criticised prior to the game having not crossed the 200-run mark in their last eight Test innings. But Rahim alone crossed the mark becoming the first double centurion in Test cricket in 2018. This was his second double-century in this format with his first coming against Sri Lanka in the 2013 Galle Test when he became the first Bangladesh player to score a Test double-century. Tamim Iqbal and Shakib Al Hasan bettered Rahim with 206 and 217 respectively. 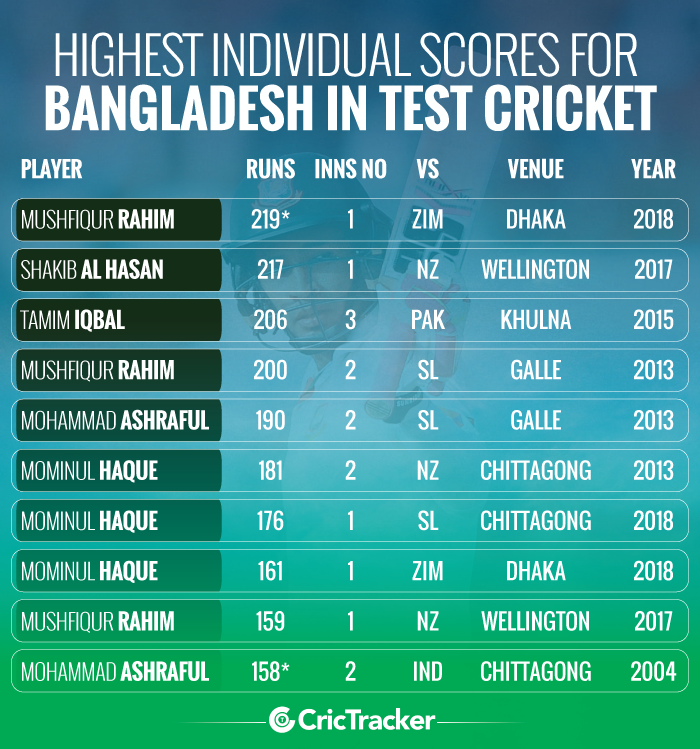 However, Mushfiqur reclaimed his record of holding the highest individual Test score for Bangladesh as he finished on an unbeaten 219. Both the Test double centuries of Rahim have been scored as keeper making him the first wicketkeeper in the history of Test cricket to score two double centuries. As many as seven other players have scored a Test double ton each while playing as a keeper. Kumar Sangakkara has scored 11 Test 200s but only his first one came when he played as a keeper.

Andy Flower, who holds the record for the highest individual score a keeper of 232*, scored an unbeaten 199 a year after his record knock. With Zimbabwe getting bowled out a run before his milestone, Flower missed out on achieving this feat. Rahim’s innings was spread across 589 minutes making it the longest Test innings by a Bangladesh player. Aminul Islam spent 535 minutes at the crease in Bangladesh’s inaugural Test against India when he scored 145 off 380 deliveries. 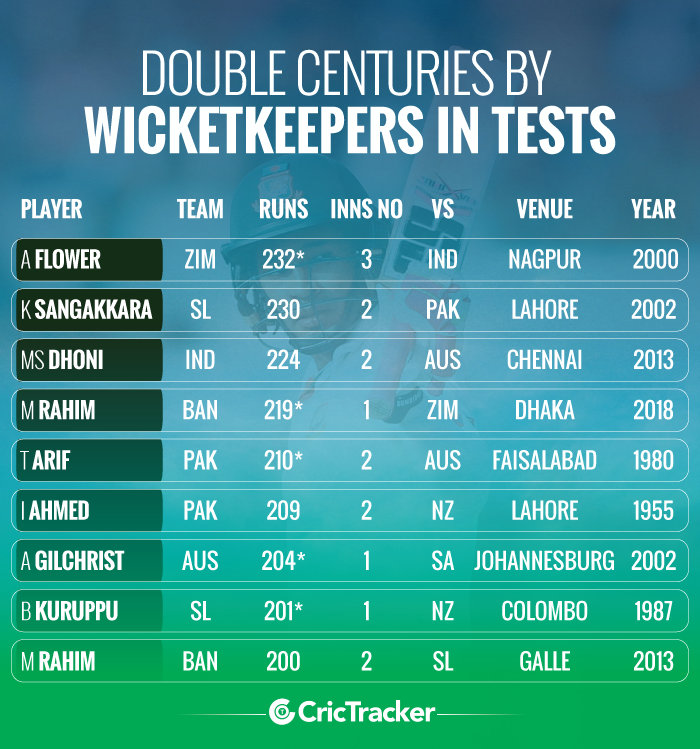