Rashid Khan had a thing or two to prove in the longer format after his rich success in the limited-overs cricket for Afghanistan over the last three and half years. His Test career didn’t kick off on expected lines as he recorded figures of 2/154 on his debut against India last year. However, in Afghanistan’s second Test against Ireland, Rashid starred with the ball in both innings. The leg-spinner picked 2/20 on the first day of the game and claimed his maiden 5-wicket haul in the second essay.

Rashid thus became the first player to claim a 5-wicket haul in Test cricket for Afghanistan. He ended with figures of 5/82 from his 34 overs which includes a 22-over spell separated by lunch interval. Exactly two years ago on March 17th, Rashid registered figures of 6/43 in an ODI against Ireland in Greater Noida. He thus became the first player with a 6-wicket haul in any format for Afghanistan. Rashid now has seven out of 11 five-wicket hauls in International cricket by the Afghans.

With his maiden 5-wicket haul, Rashid Khan became only the 9th player to claim a 5-fer in all the three formats in International cricket. As many as five players including Rashid have joined this list since 2017. India’s Bhuvneshwar Kumar, Kuldeep Yadav and Bangladesh’s Shakib Al Hasan completed this set in 2018. Rashid is only 20 years and 178 days old on Sunday; the youngest player to complete this set. Tim Southee had a 5-wicket haul in all three formats when he was 22 years and 42 days old.

Rashid now has a 5-wicket haul in all three International formats against Ireland. Tim Southee (against Pakistan) is the other such player with 5-fers in all formats against an opposition. Kuldeep is the only player with a 5-fer in all three formats in a calendar year (in 2018) while Shakib is the only one with 5-wicket hauls in all formats at a venue (Dhaka). Rashid could join both the lists as he claimed a 5-fer against Ireland in a T20I game here in Dehradun.

Players with 5-wicket hauls in all three formats of International cricket: 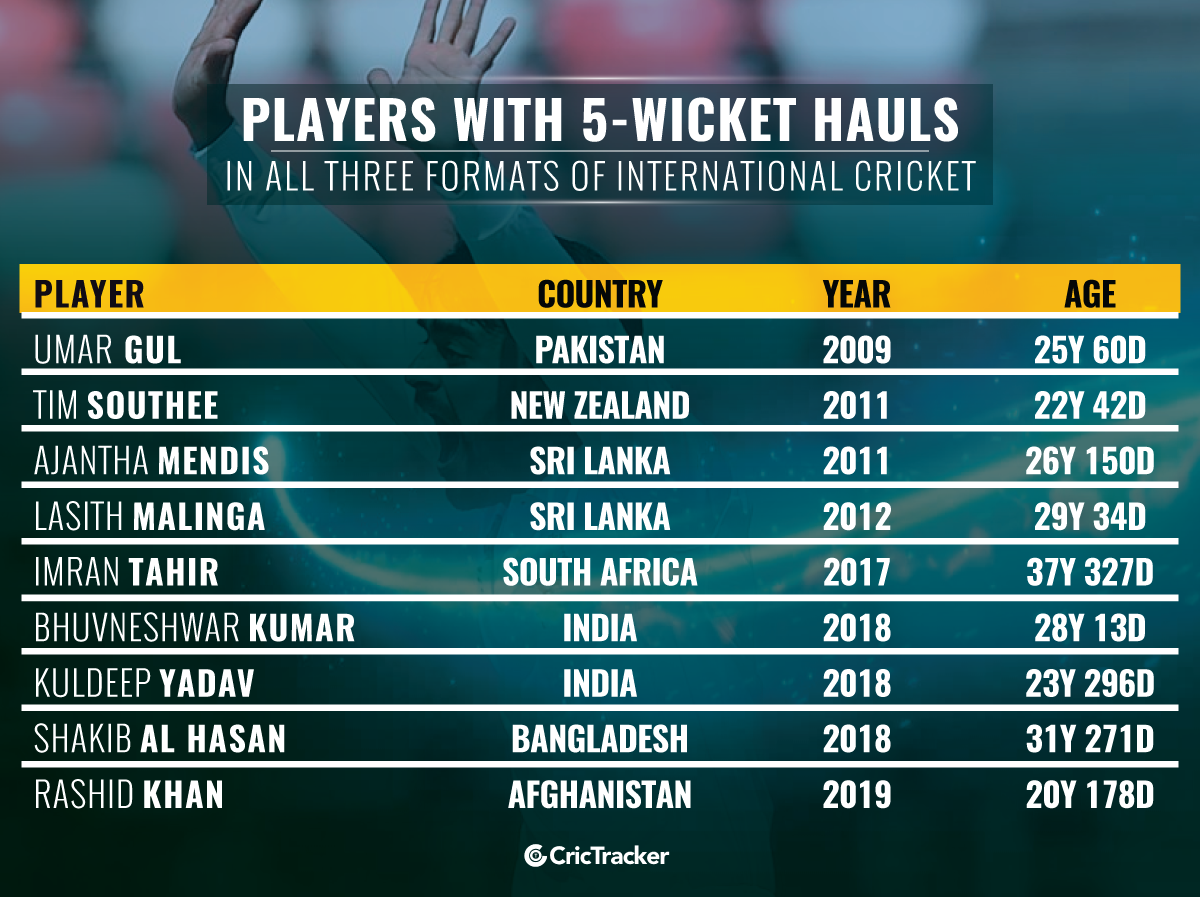