The last one year has been like a fairytale for young Shubman Gill. The Young Turk played an important role in the U19 World Cup in New Zealand. He was second highest run-getter in the tournament with a century against Pakistan in the semi-final. He was rightfully blessed with a contract to play for Kolkata Knight Riders, led by Dinesh Karthik, in the cash-rich Indian Premier League (IPL).

He didn’t get to play the first few games but proved his mettle. He then broke into the India A team and didn’t flatter to deceive by any stretch of the imagination. The Fazilka-born also played an integral part in the Ranji Trophy, scoring his maiden double century against Tamil Nadu and followed it up with a couple of useful knocks. He was also called up as a substitute fielder in the Windies Test series.

Last month KL Rahul got himself tangled in a controversy during the show Koffee With Karan and that opened up the doors for Shubman to come into the national team. He was included in the squad for the five-match ODI series against New Zealand that the visiting team is leading 3-1 currently. Gill didn’t get a chance to play in the first three matches as India went in with a full-strength team.

India won the third ODI at the Bay Oval in Mount Maunganui and hence, Gill played the fourth encounter at the Seddon Park in Mount Maunganui. He came to bat after Trent Boult got rid of Shikhar Dhawan for 13. However, Shubman couldn’t quite taste success on his debut and could only score nine runs from 21 deliveries before giving a simple caught and bowled to Boult.

In the meantime, he also broke Virat Kohli’s record as the youngest Indian to bat in the top three. Kohli has been rested from the last two ODIs and the T20I series. Virat achieved the feat more than 10 years ago against Sri Lanka. 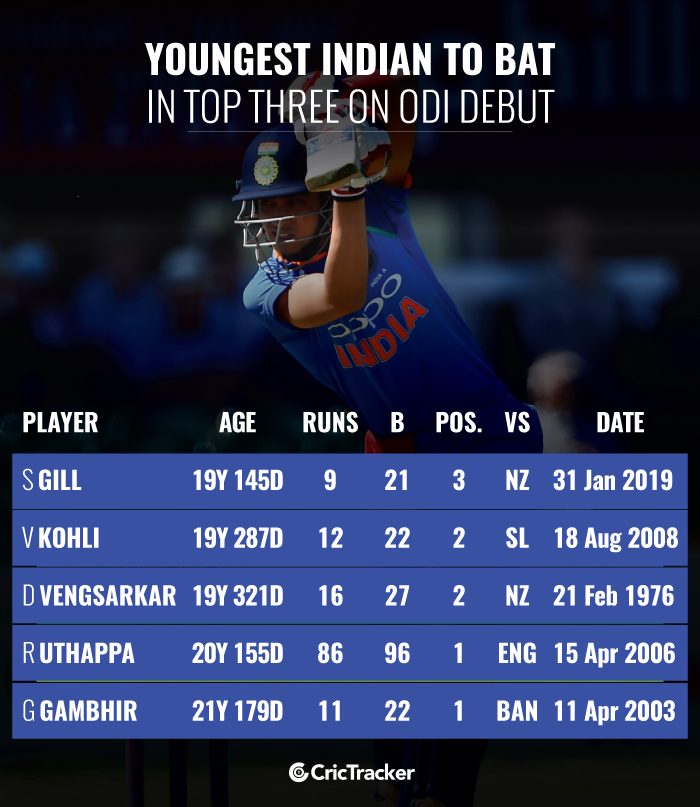 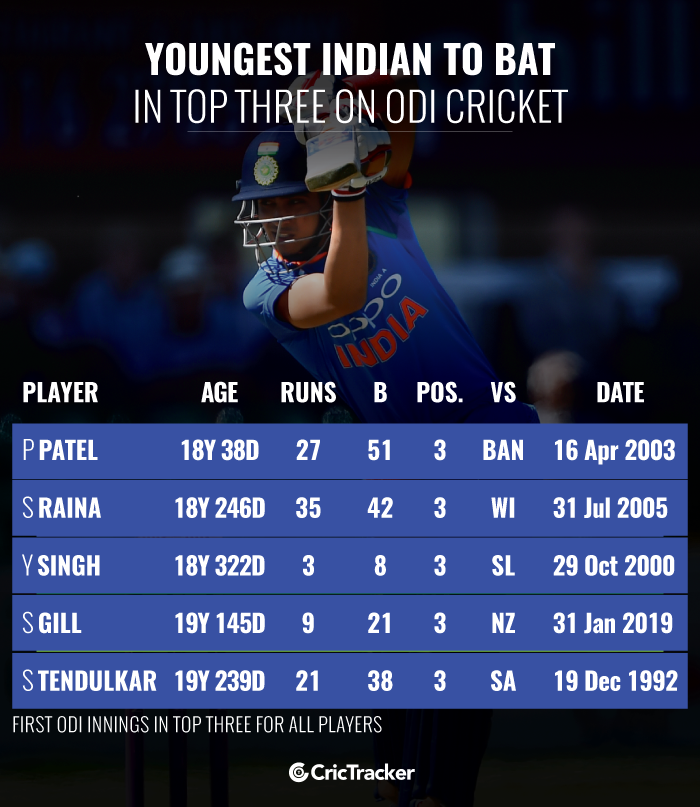