Alex Hales was extraordinary in the last edition of this competition.

Sydney Thunder will take on Brisbane Heat in Match 2 of Australian Bash T20 2021. Sydney Thunder managed to get into the knockouts last year but failed to qualify for the final. Boasting of players like Alex Hales and Sam Billings, they are looking extremely strong on paper.

Brisbane Heat also had an impressive campaign last time around but they could not proceed any further than the Challenger. They will be lead by Jimmy Peirson and have some T20 specialists like Chris Lynn and Mujeeb Ur Rahman.

The Manuka Oval track will certainly help the batters, as bowlers will have to be at the top of their game to succeed.

Alex Hales was extraordinary in the last edition of this competition. Having scored over 500 runs, he was the leading run-scorer of the tournament.

Chris Lynn was also in sublime form with the bat in the last edition. He scored over 450 runs for Brisbane.

Jimmy Peirson is not only an inspiring leader, but he has been doing well with the bat as well. In the last edition, he scored 300+ runs. 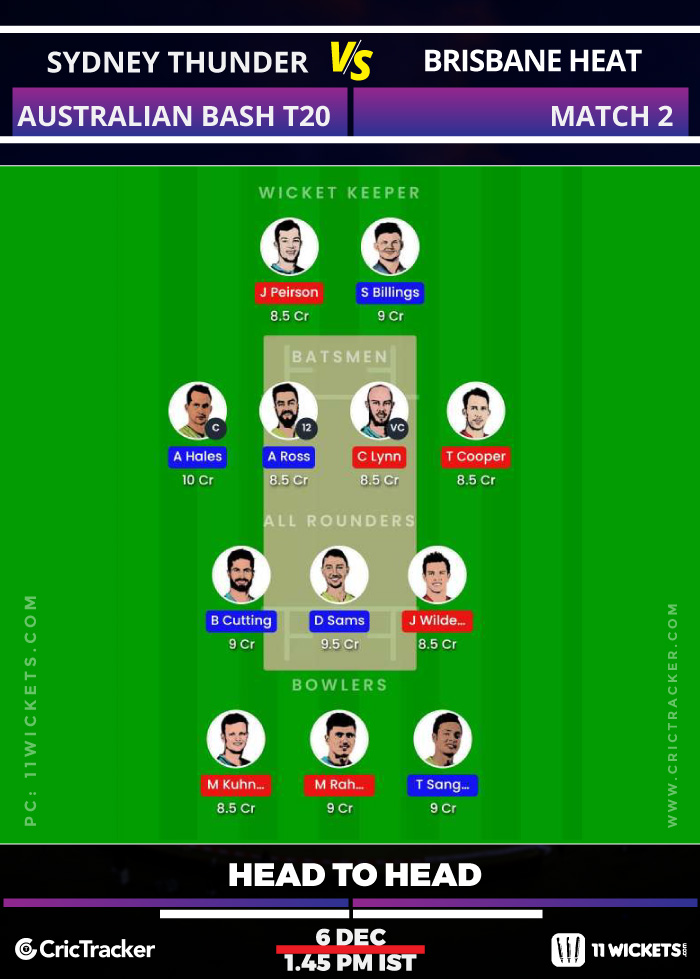 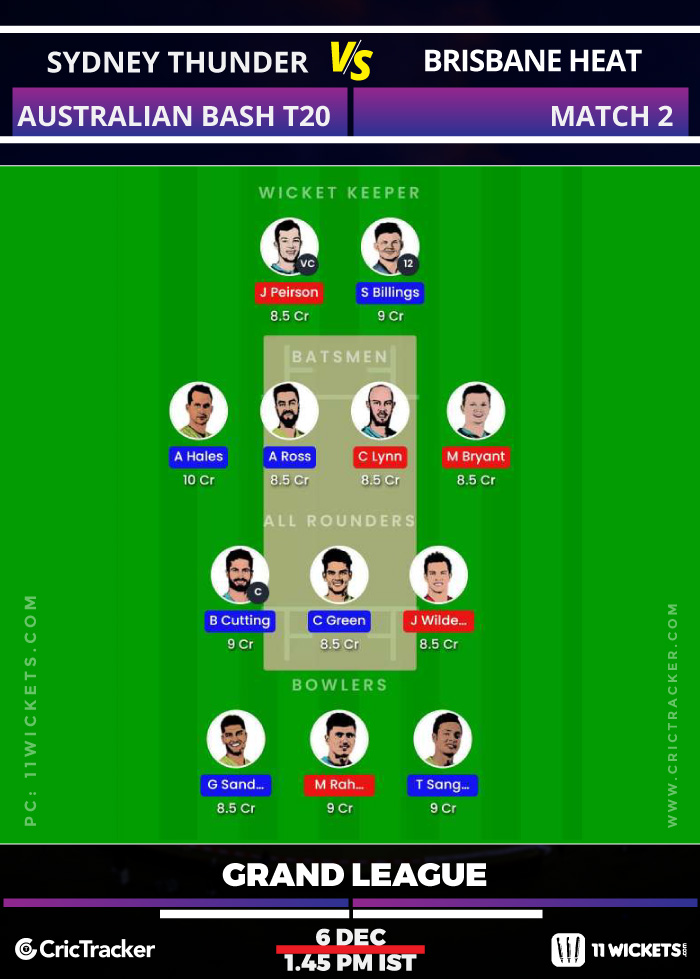