Vinod Chalindra is a good captaincy pick for this match.

The Stockholm side will take on the Botkyrka side in the 7th match of the ECS Sweden T10 tournament. This match is slated to take place on 20th July 2021, at 04:30 PM.

This encounter will be played at the Norsborg Cricket Ground in Stockholm.

The Stockholm side is currently placed at 2nd place in the points table in Group A. The side has played 2 matches and has emerged triumphant in one of those. In their previous match, they thrashed the Forenom Royals by 68 runs.

The Botkyrka side, on the other hand, is occupying 3rd place in the points table. The side has won 1 out of the 2 matches that it has featured in. They beat the Forenom Royals by 6 runs in their previous match.

Captaincy Picks for STO vs BOT

Gurpal Randhawa was in top form with the ball in Botkyrka’s match against the Forenom Royals. In the 1.4 overs that he bowled, Randhawa picked up 3 wickets, gave away 10 runs, and played a crucial role in enabling his side to post a thrilling win over their opposition.

Vinod Chalindra proved to be absolutely unstoppable in Stockholm CC’s match against the Forenom Royals. He scored a blistering 46* at a strike rate in excess of 300 and destroyed the opposition bowling attack. 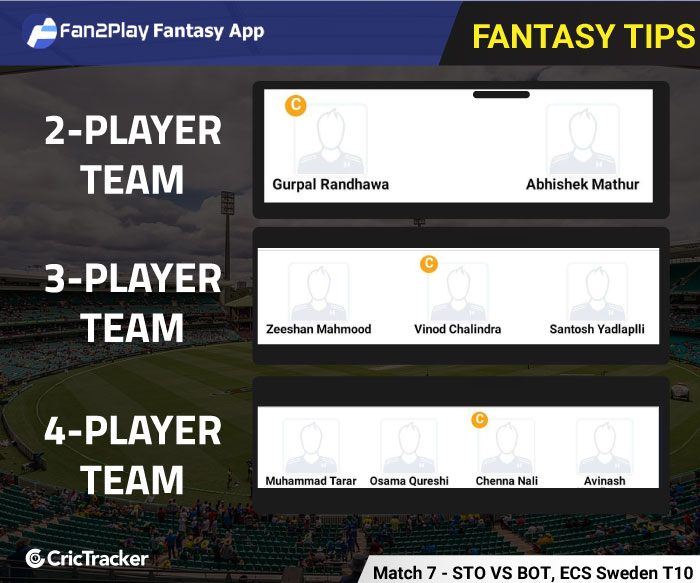 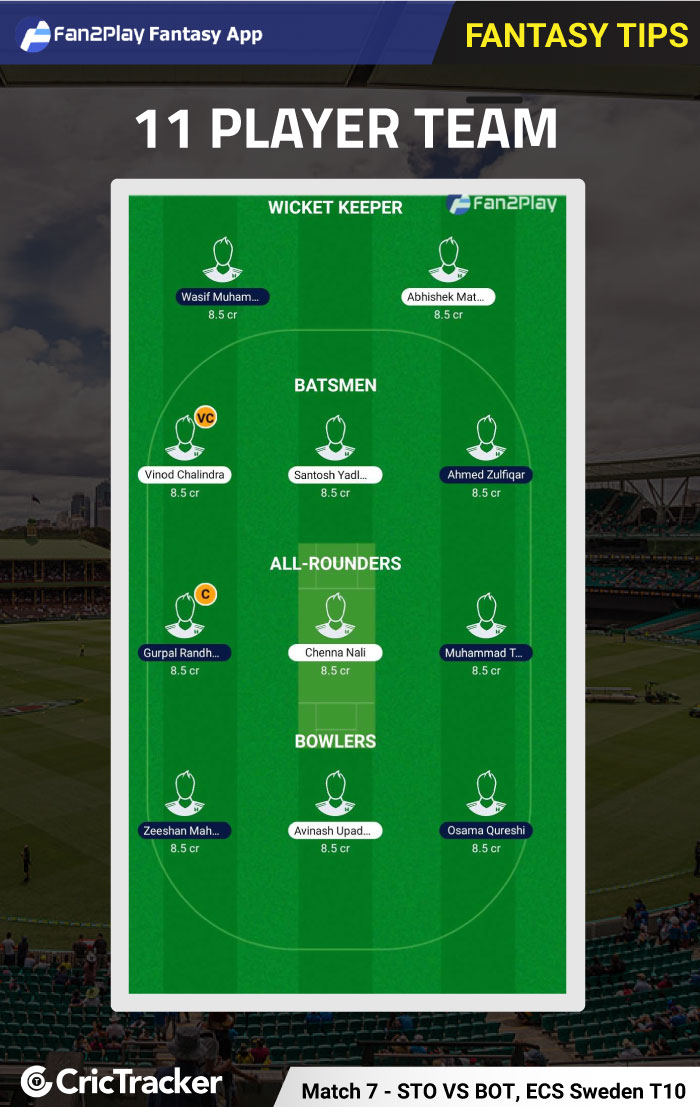