Stockholm are expected to win this match.

The match 17 of the ECS Sweden T10 will be played between Stockholm and Forenom Royals at Norsborg Cricket Ground, Stockholm.

The match will start at 12:30 PM IST and will be streamed live on Fancode in India.

The Forenom Royals will face Stockholm in the 17th match of the ongoing ECS Sweden T10. The Stockholm side has played seven matches so far and have won three while losing four. Their immediate opponents have played five matches winning two out of them. Both the sides will be desperate for a win with two important points at stake and with the tournament going deep, they will try their best to put up an improved performance.

Probable Playing XIs for STO vs FOR

Captaincy Picks for STO vs FOR

Archan Vaidya has done exceptionally well fro the Stockholm side. He has scored 159 runs in four outings and has scored those runs at a strike-rate of more than 200. He has also accounted for two wickets.

Arpit has been the best all-rounder for the Royals so far in ECS T10 Sweden. He has smashed 95 runs at an exceptional strike-rate and has also sent back three opposition batsmen to the pavilion with the ball.

Fan2Play Fantasy Cricket Tips for STO vs FOR 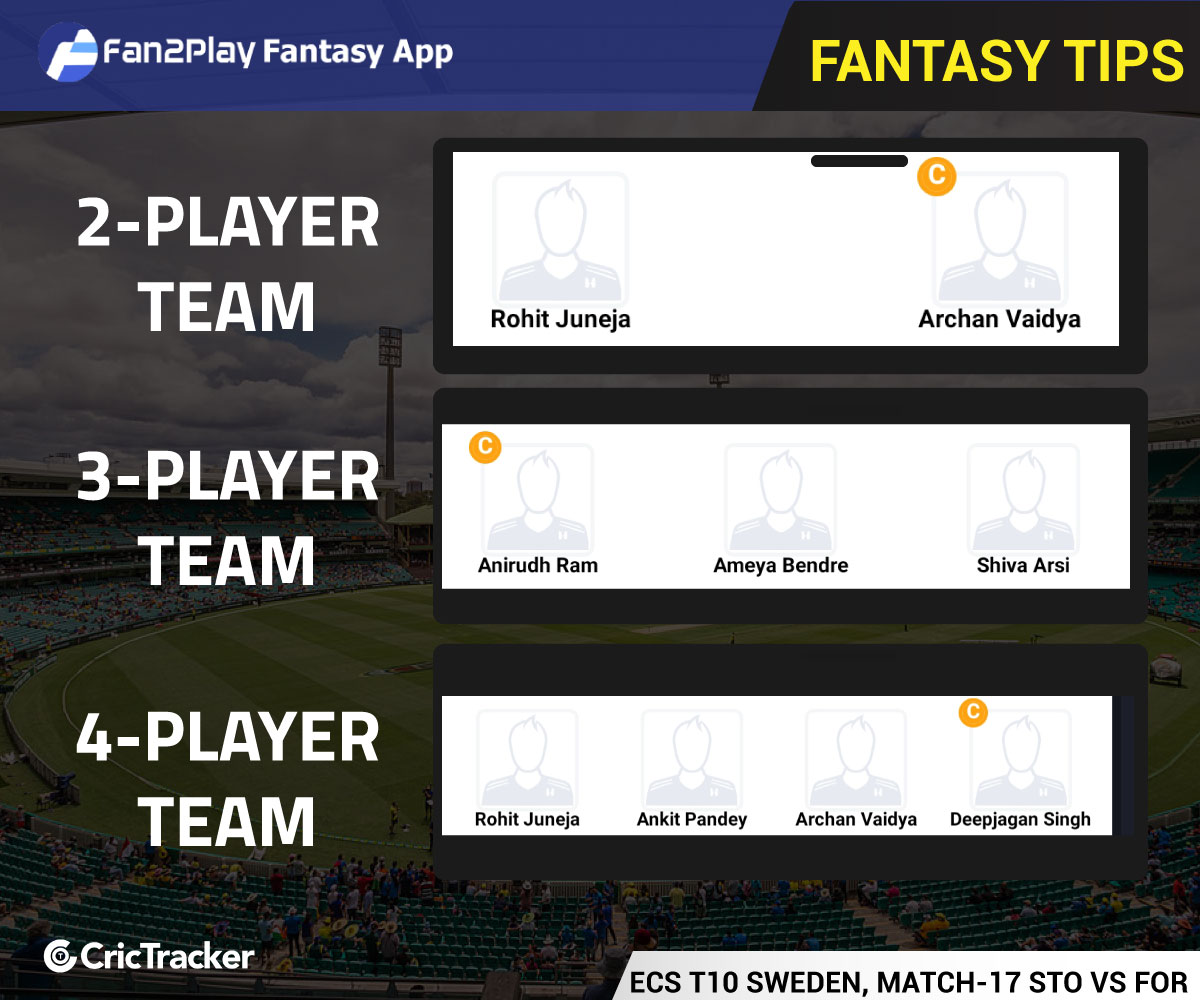 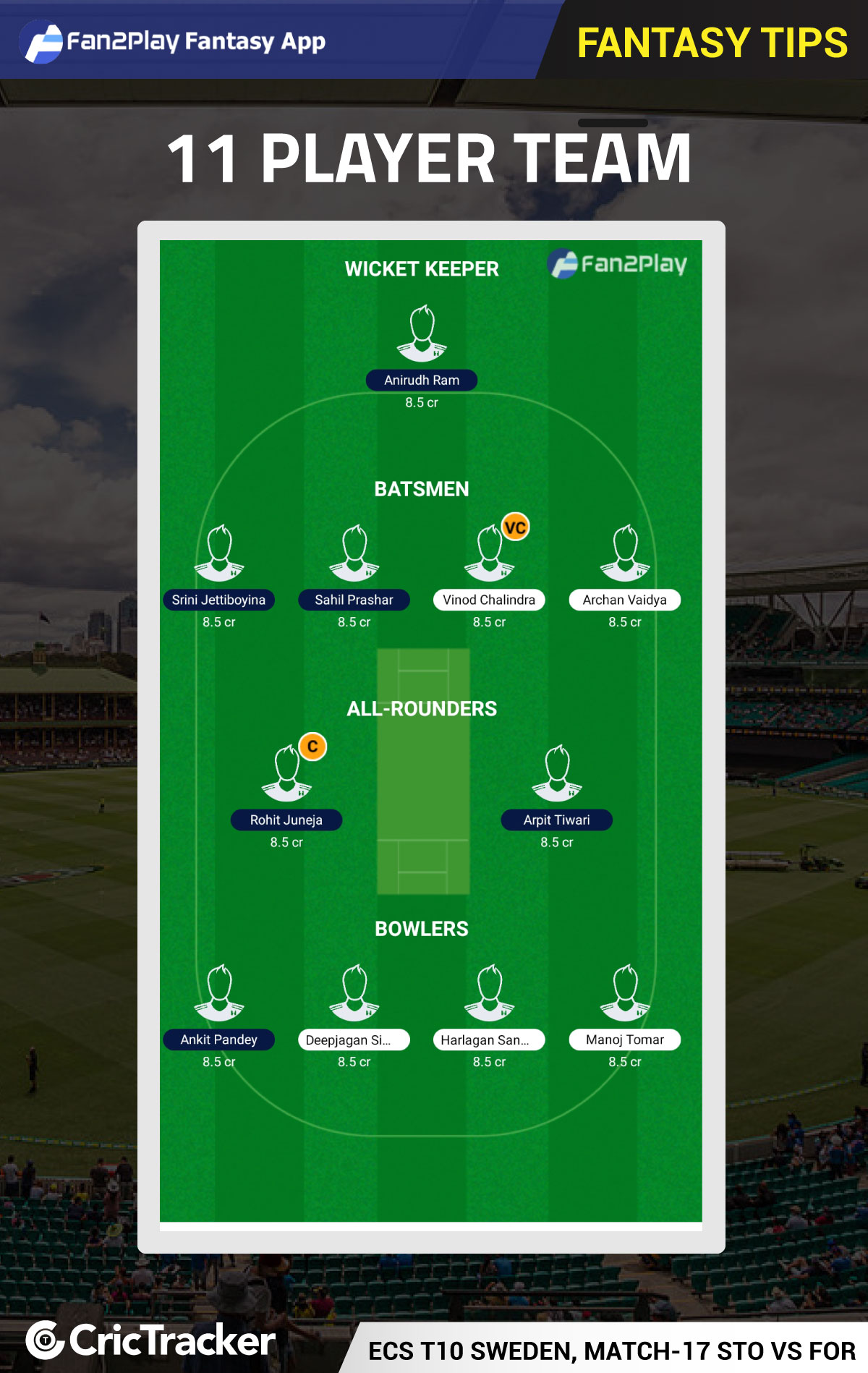