Tanveer Sangha has been a star bowler for the Sydney Thunder with 20 wickets in 13 games. It is advisable to take him in your XI as you will get him in 8.5 cr. 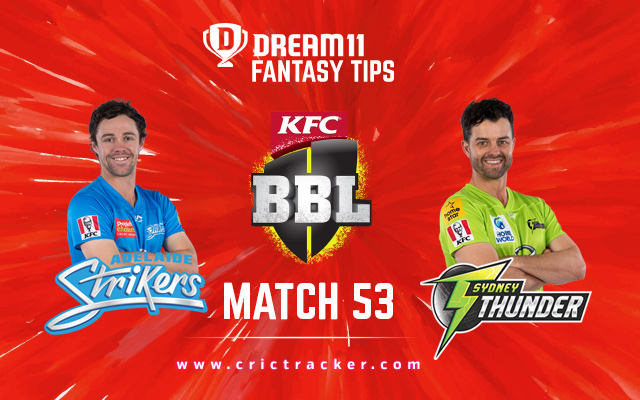 The 53rd match of the Big Bash League (BBL) 2020-21 season will be played between Adelaide Strikers and Sydney Thunder at the Adelaide Oval in Adelaide.

This match will start at 01:45 PM IST (07:15 PM local time). It will be live on Sony Sports Network and live streaming is available on Sony LIV.

Another mouthwatering fixture coming ahead of us as the Adelaide Strikers are taking on the Sydney Thunder once again at the Adelaide Oval. It was a do-or-die match for both sides last Sunday as both teams want to finalize their spot within the top four as soon as possible. The Strikers were spot on with the ball post powerplay during Thunder batting in the last game.

Things just got better for the Strikers with 4 huge points and are now placed at 3rd position in the points table with only one point ahead of the Thunder. It will be another do or die match for them against the Thunder on Monday to make sure their position within the top four and end their league stage on a positive note.

On the other side, the Thunder were in a good position before this game but now placed below the Strikers at fourth position with 27 points in the points table. They would like to correct the mistakes of making a couple of bad decisions during the chase and give it back immediately on Monday evening to finish their campaign with 8 wins.

The weather forecast doesn’t look promising throughout the day. There are 70-80% chances of precipitation during the match time.

The pitch at the Adelaide Oval is a very good one for the batters. It did change a bit in the last game but no doubt it will be a high-scoring game on Monday evening.

Alex Hales is currently leading the chart of runs in the BBL10. He has 472 runs at a SR of 163.88. He scored a half-century at this venue and will open the innings for the Thunder.

Callum Ferguson is the second-highest run-scorer for the Thunder. He has a SR of 221.05 against Wes Agar in his BBL career, who is the leading wicket-taker for the Strikers. He will be a key player to tackle him.

WTC Final: Dinesh Karthik fondly recalls being a ‘ball-boy’ during Australia’s tour of India in 2001

Alex Carey has most runs against the Thunder in comparison to anyone in his squad. He is currently the third-highest run-scorer with 410 runs in just 11 innings.

Peter Siddle is the highest wicket-taker in this fixture with 11 at an ER of 4.86. He gave a match-winning performance in the previous game and will be a key in the final game for the Strikers.

‘Seriously guys? We felt so bad’ – Ravi Ashwin says Team India players weren’t allowed to use the lift with the Australians in Sydney 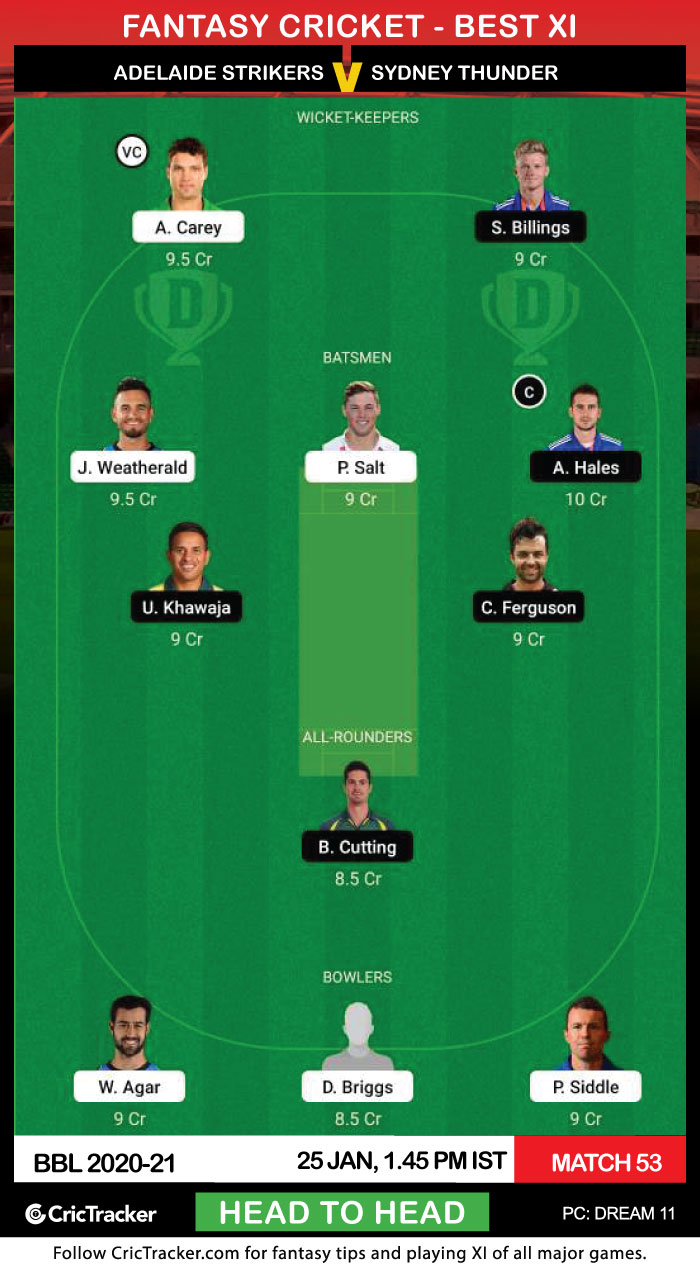 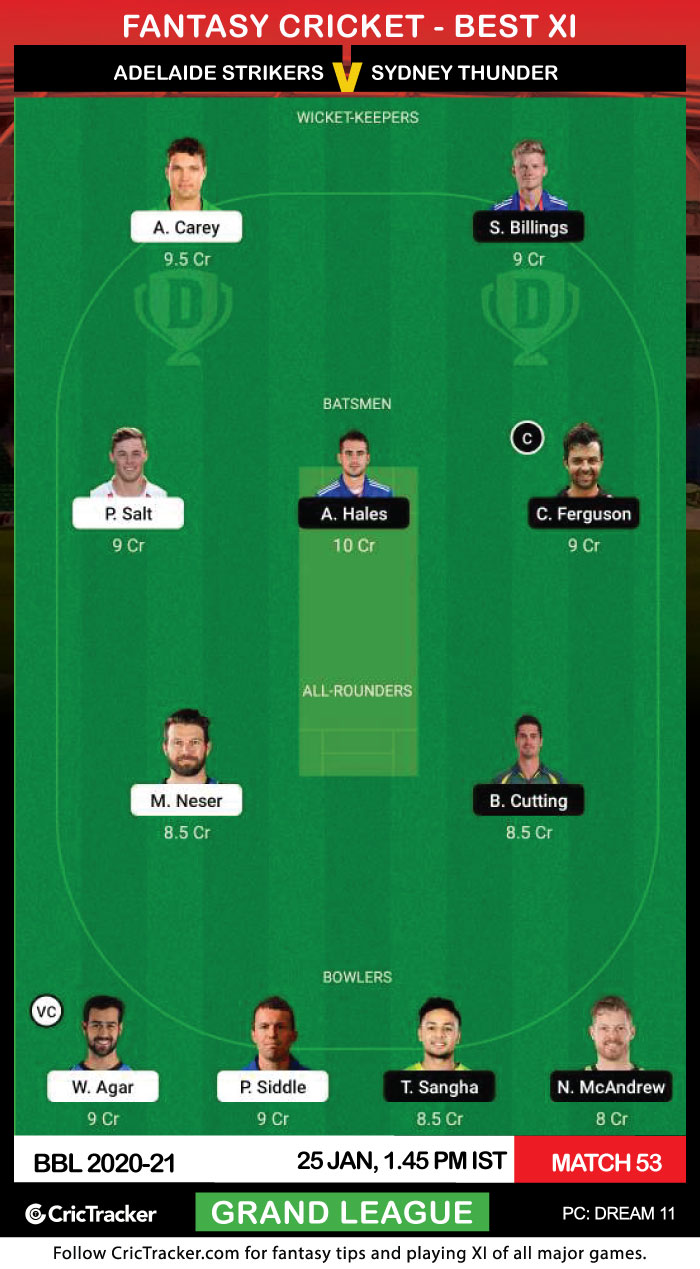