Neil Broom is an obvious pick for any Fream11 Fantasy team. He is the leading scorer for Otago in Super Smash 2019-20 with 289 runs in nine games.

The 30th match of the Super Smash 2019-20 will be played between Canterbury and Otago at the Basin Reserve at Hagley Oval in Christchurch.

Canterbury has been ruled out of the tournament but they have a big opportunity to end their season campaign on a high note with a win. In batting, they have, Chad Bowes, Jack Boyle and Stephen Murdoch, who will have the last opportunity to play a breakthrough knock for their side. Meanwhile, their bowling unit is expected to produce some convincing show with the ball in the last clash of Super Smash 2019-20.

Otago did supremely well in the ongoing tournament due to which they have qualified for the further stage of the tournament. Their top-order that comprises of Hamish Rutherford, Neil Broom and Dean Foxcroft is in red-hot form. Also, the formidable trio is majorly responsible behind the recent success of the side. Moreover, if they win the game against Canterbury then they will directly move into the finals of the season.

The weather is clear for a cricket match with no chances of rain. Meanwhile, the wind will blow at a rate of 17 to 26 Km/hr whereas the temperature will deviate between 9 and 18 Degree Celsius throughout the day according to Accuweather.

The track at University Oval is expected to offer a good fight between bat and ball. It will be a 180+ run wicket. The fast bowlers will get some help from the wicket with some swing due to windy conditions. On the whole, the batters will get an opportunity to smash the bowlers all across the park. In the meantime, the side winning the toss will look to bowl due to the records. In four games played, two times the team chasing on this ground has won the match.

Canterbury have announced their 12-man squad for the final league game.

Otago have announced their 13-man squad for the crucial game that will be played on Tuesday.

Neil Broom is an obvious pick for any Fream11 Fantasy team. He is the leading scorer for Otago in Super Smash 2019-20 with 289 runs in nine games. Hamish Rutherford is also a player to watch out with the bat in the upcoming clash. Meanwhile, from Canterbury, Chad Bowes is an exciting player, who has muscled 263 runs in his last nine outings with two half-centuries. 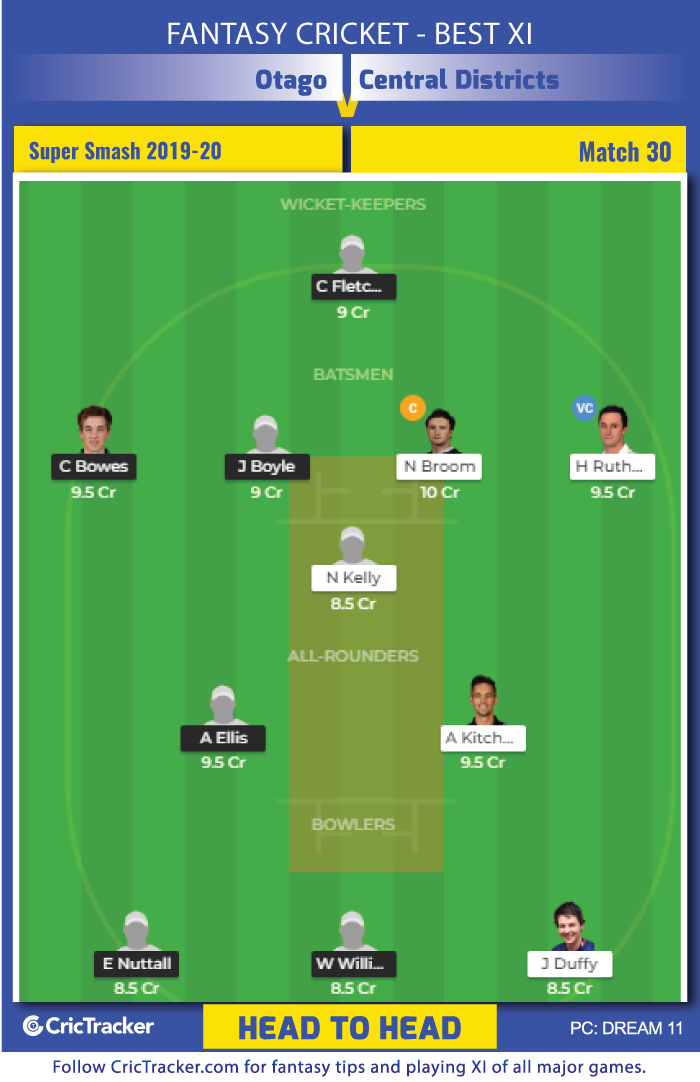 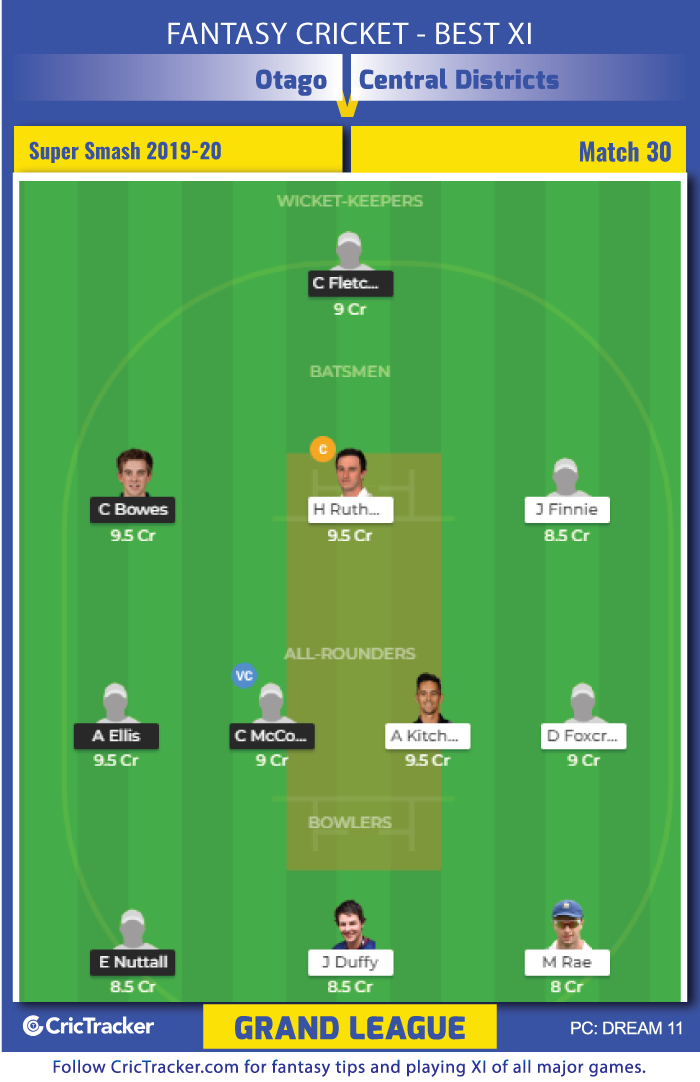 Canterbury has been ruled out from the tournament so they might opt for a surprising change in their playing XI in the clash against Otago. Moreover, try to pick the top-order batters from Otago as they are playing in quite a good form in Super Smash 2019-20.

Canterbury is predicted to win this game.