Martin Guptill aggregated 300 runs across 8 innings at an average of 42.85.

The Preliminary Final of the Super Smash 2019-20 will be played between Otago Volts and Auckland Aces at the University Oval in Dunedin.

Otago Volts and Auckland Aces will lock horns in the Preliminary Final of Super Smash 2019-20 on Friday at the University Oval. The winner of this game will join the Wellington Firebirds in the finals doubleheader on Sunday. The Auckland Men’s team will be hoping to join their Women’s team for the finals day who also will be facing Wellington in the grand finale. Otago finished 2nd in the points table with five wins and got a chance to host this Play-off final. Otago defeated Auckland in their first match of the tournament while their home game against the Aces ended without a result.

No rain and clouds are forecasted for this preliminary final in Dunedin between Otago and Auckland.

The University Oval in Dunedin hosted two completed matches in this season both were won by the chasing side by 9+ wickets to spare. The venue has short boundaries which will make it tough to defend scores. The team batting first will aim at least 190 to have a chance of winning this do-or-die match.

Martin Guptill has only one fifty in this competition but has scored 300 runs at an average of 42.85 across 8 innings. He has a good record at the University Oval where he scored 142 runs across 4 T20 innings at 71 average including two half-centuries. Neil Broom is the leading run-getter for Otago as he scored 346 runs with the help of three fifties. His experience could be handy during this knockout fixture in Dunedin where he struck six fifties in the T20 format.

Dean Foxcroft has a batting average of 79.33 in this tournament as he struck 238 runs in eight innings and also bagged three wickets in six innings. Mark Chapman has done quite well with the ball picking up five wickets in five innings he bowled. At the same time, he also scored 198 runs with help of two fifties; the most 50+ scores for Auckland in this tournament. 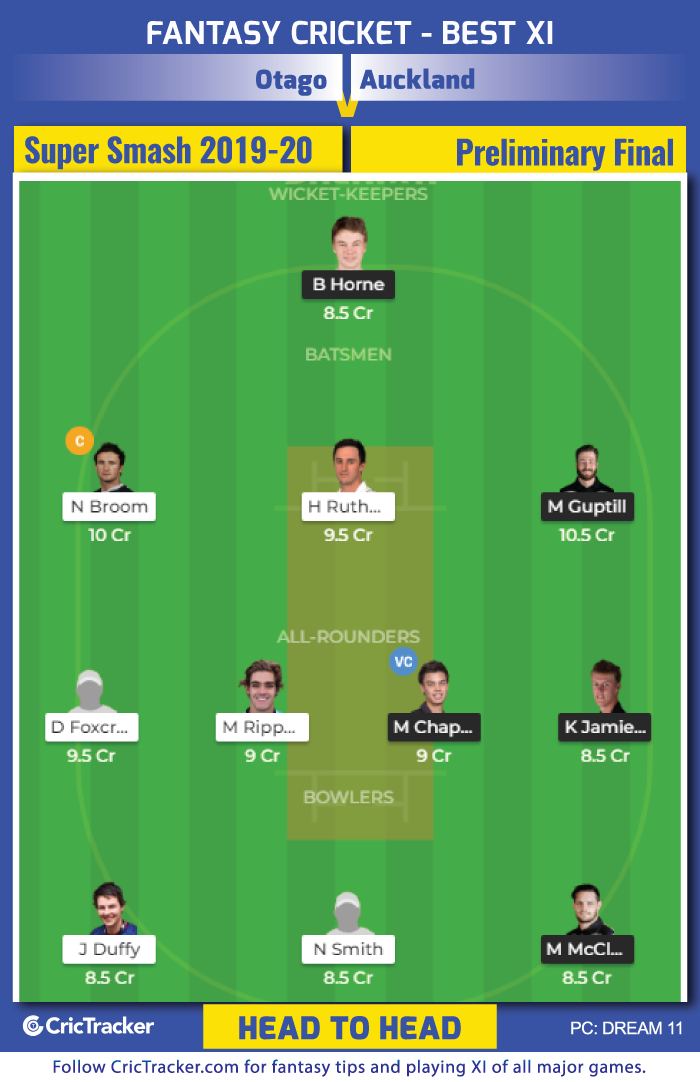 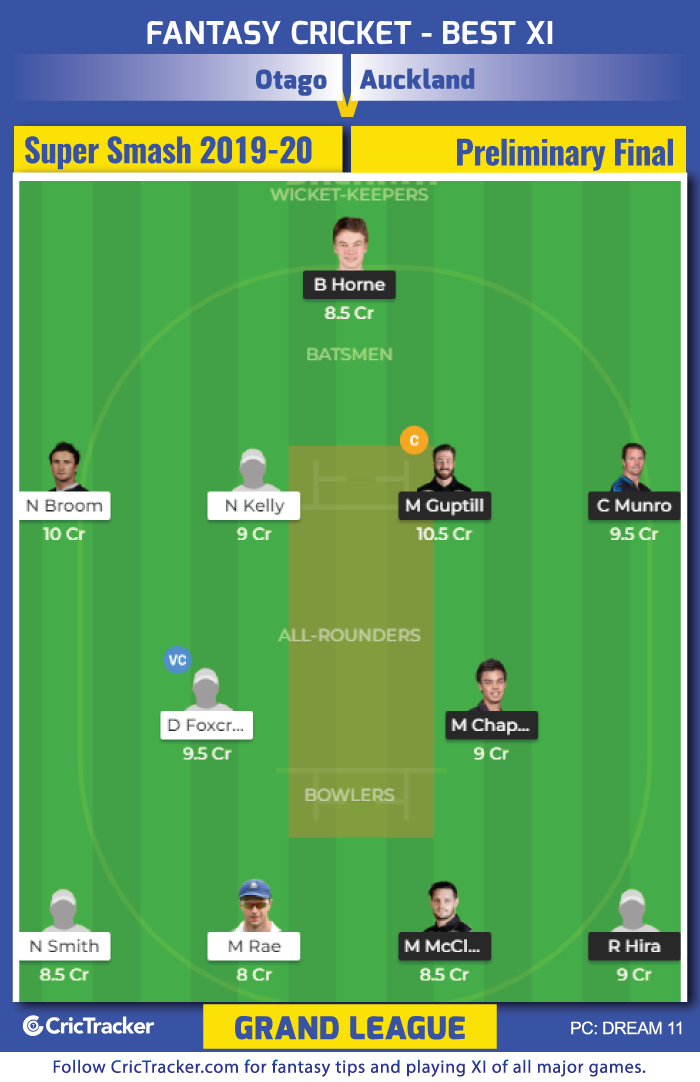 Glenn Phillips started the tournament with an unbeaten hundred which ended up on the losing side. Since then, he batted six times and aggregated 66 runs only. Phillips is not keeping the wickets either which makes spending 9 credits on him won’t be ideal considering high costly players.

Auckland is expected to edge past the Otago team and make it to the final.