Canterbury Kings and Wellington Firebirds will be playing the Elimination final of the Super Smash 2021-22. The winner of this game will play the final against Northern Knights on January 29. Canterbury won seven out of the ten games in the tournament and is placed in second place in the points table.

Wellington won five of the ten group matches and is placed in the third position in the points table. The team has won three of their last five matches.

The pitch is likely to give equal opportunity to both the batters and the bowlers. As the game will progress, the batters will find it easy to play shots and gather runs.

Finn Allen has made 268 runs in ten matches at an average of 26.8 and a strike rate of 197.05. He has made three half-centuries in the tournament.

CTB vs WF Must Picks for Dream11 Fantasy Cricket 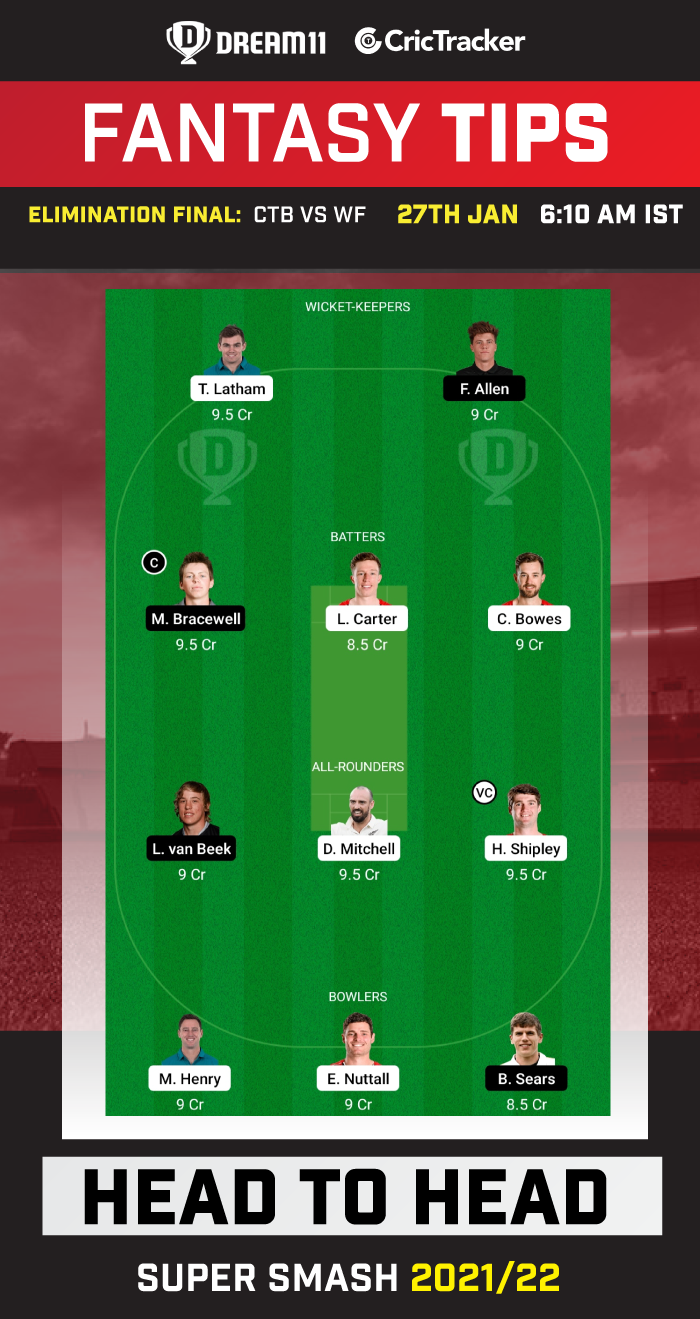 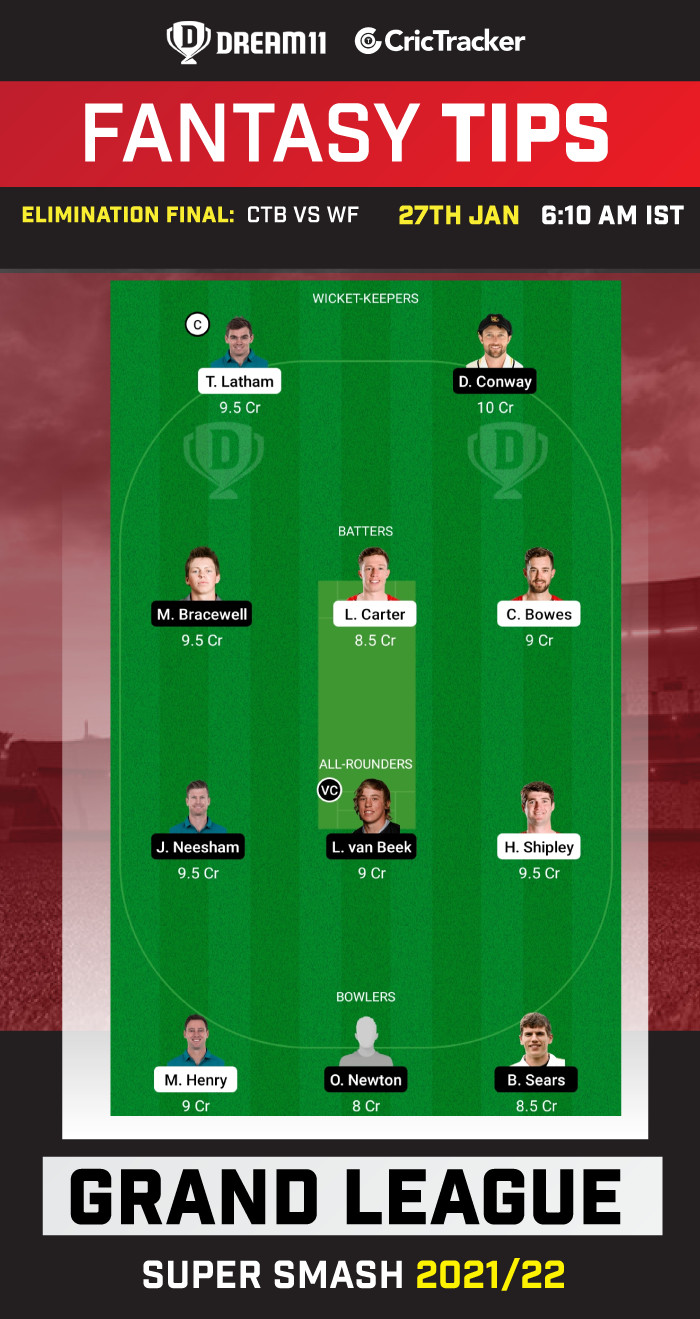