Tom Latham is striking at a rate of 185.18 in this tournament.

Northern Brave will go one-on-one against Canterbury Kings in the Final of the Super Smash 2021/22 on Saturday. Northern Brave directly cemented their spot in the finals as they emerged as table toppers with 32 points. They have lost only one game so far in this tournament, which shows their level of consistency.

Canterbury Kings, on the other hand, had to take an extra route to reach the finals. In a close contest, they defeated Wellington Firebirds by 6 wickets in the Eliminator. Thanks to special innings from Cam Fletcher who finished the things for the Kings. Both teams have got star players in their line-up and we can expect a thrilling contest between them.

The runs will come quick and fast on this surface. As usual, the seamers can generate more pace and bounce. It’s a high-scoring venue and we can expect a run-fest in this match.

Also Read: ‘Can’t have captain who gets injured at start of Test series’: Saba Karim on Rohit Sharma leading India across formats

Can't beg people to play for West Indies, if they want to play they will: Phil Simmons

Tim Seifert is back into his best of form which is quite relieving for Northern Brave. In 9 matches in this tournament, he has scored 234 runs at an average of 33.42 with the highest score of 88*

Mitchell Santner is an X-factor for Northern Brave. In 4 matches in this competition, he has scalped 7 wickets at an economy of 6.46 and has scored 66 runs in 3 innings.

Cam Fletcher played a sensational knock in the run-chase against Wellington in the Eliminator, where he scored unbeaten 63 runs from just 25 balls, which includes 6 fours and 3 sixes. Overall in this tournament, he has accumulated 296 runs at an average of close to 50.

Daryl Mitchell brings more balance into the side in any form of the game. In 4 matches in this competition, he has smashed 140 runs at an average of 46.66 and has also picked up a wicket

NB vs CTB Must Picks for Dream11 Fantasy Cricket: 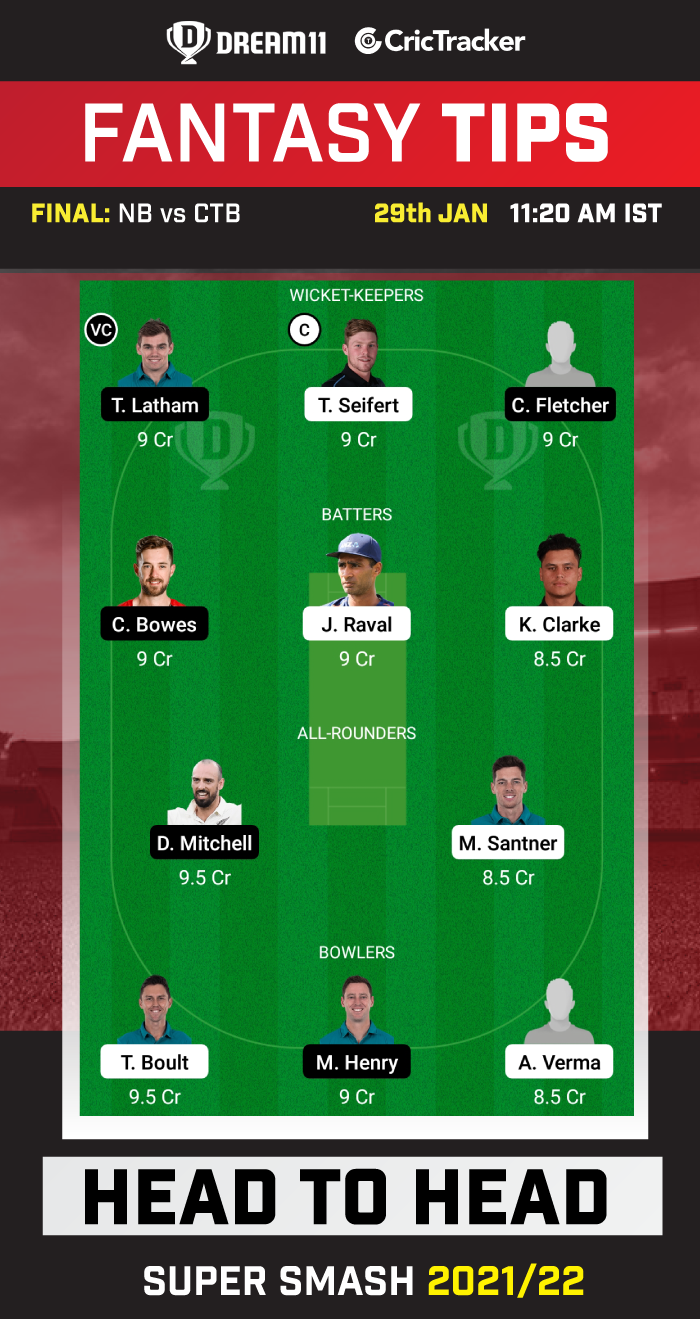 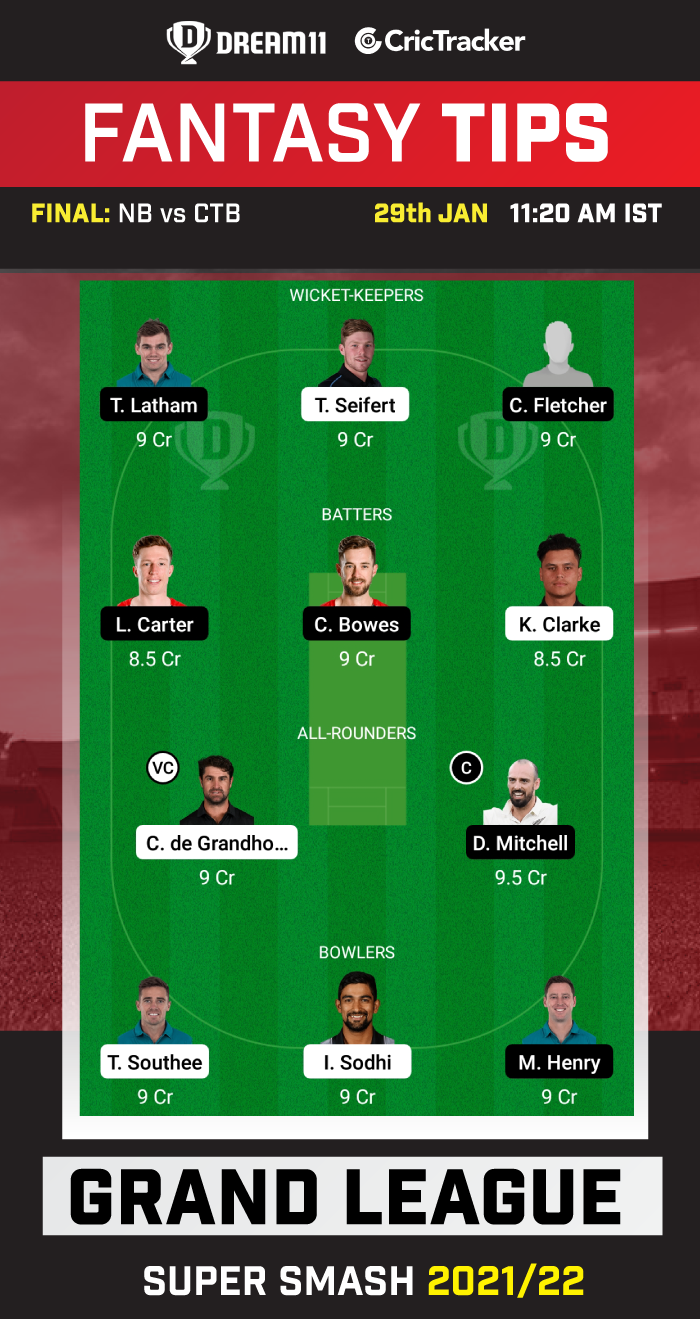