Otago Volts, on the other hand, are going through a bad phase in this tournament. They have lost 4 matches on the trot, including a defeat against Wellington Firebirds. They must win their remaining 3 matches to give themselves the slightest of chances of finishing in the top 3 spots.

The wicket generally here at Basin Reserve favours the batters. There will even bounce and the batters can play their shots on the rise. Anything over 170 is a defendable score on this wicket.

Finn Allen needs to rise to the occasion and contribute more with the bat. He has managed to score 109 runs in 5 matches in this tournament at an average of 21.8 and an astonishing strike rate of 198.18.

Michael Bracewell has done justice to his role so far. In 4 matches in this tournament, he has scored 106 runs at an average of 35.33 and has also picked up 3 wickets.

Hamish Rutherford is the top performer with the bat for Otago Volts so far in this tournament. The Otago Volts’ skipper has scored 182 runs in 6 innings at an average of 30.33 and a strike rate of 135.82.

Anaru Kitchen is the frontline all-rounder for Otago Volts. In 7 matches in this tournament, he has scalped 6 wickets and has also scored 125 runs with the bat in 6 innings.

WF vs OV Must Picks for Dream11 Fantasy Cricket: 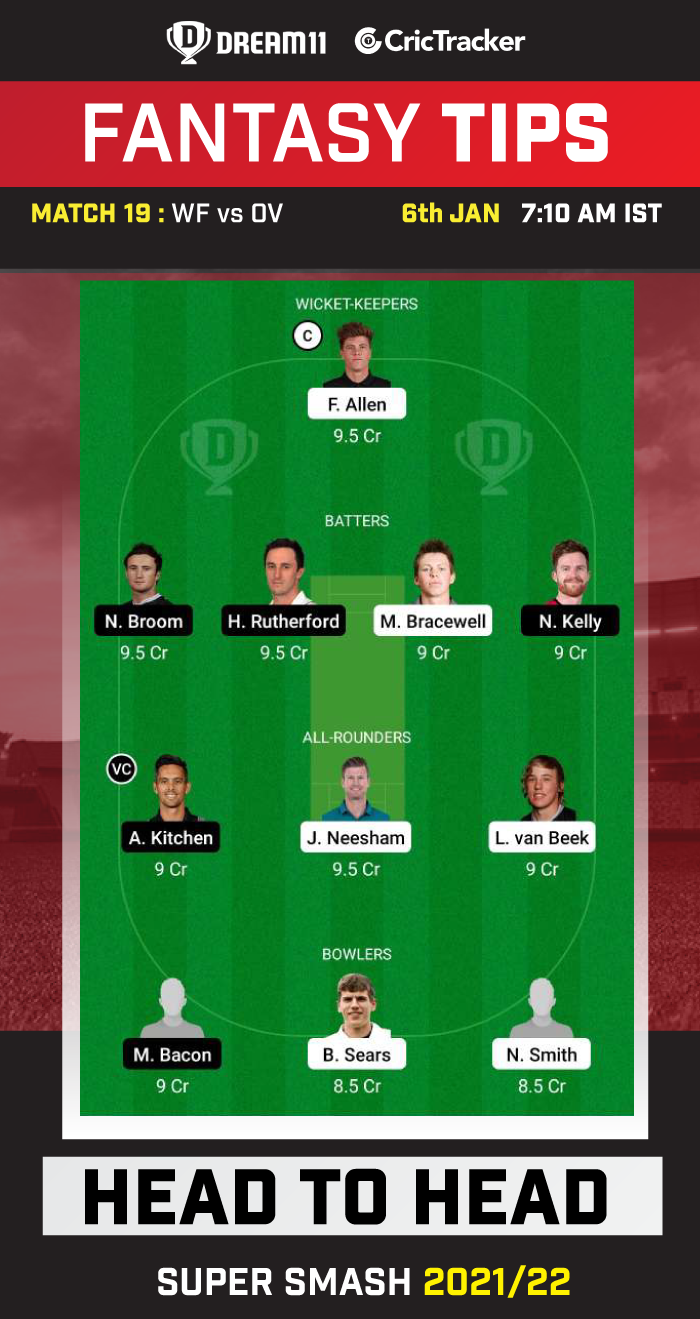 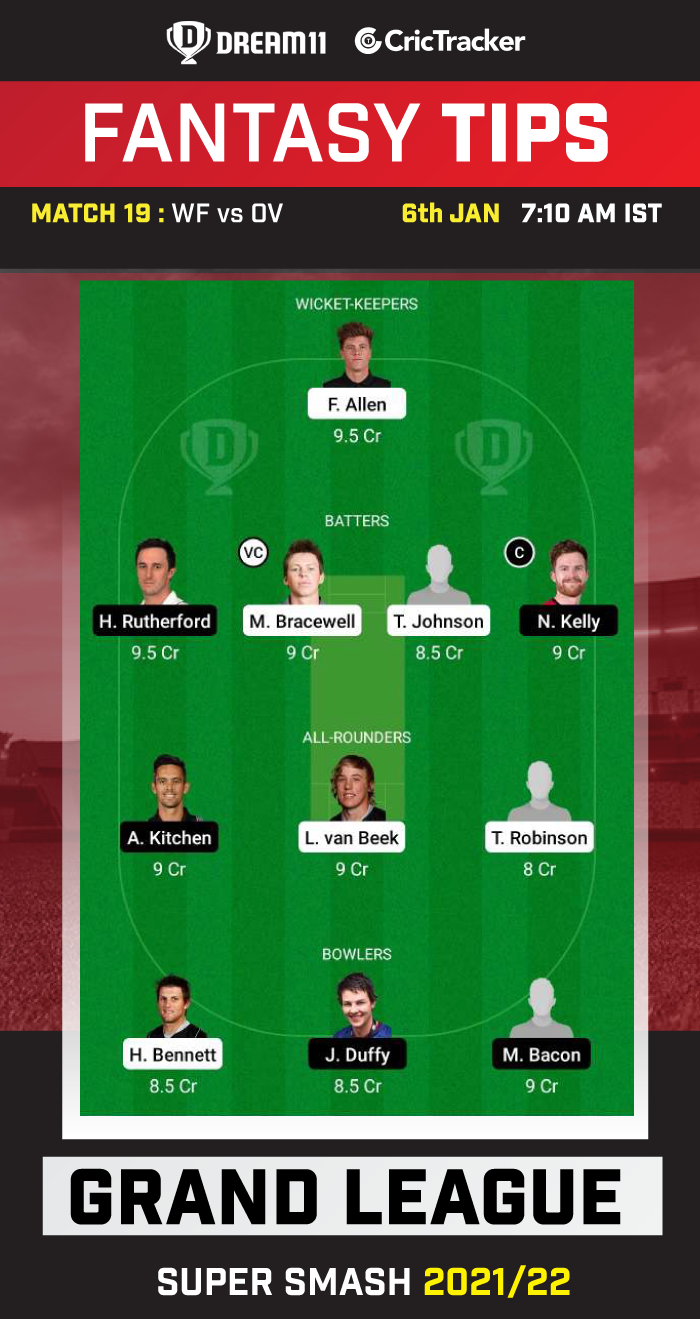