It's a big blow for Auckland Aces as Martin Guptill and Mark Chapman will miss this match due to injury and personal reasons respectively.

Auckland Aces will square off with Canterbury Kings in the 20th match of the Super Smash 2021/22 on Friday. Auckland Aces came back very sharply after their first two losses and won the next three matches on the trot. They are very much in this tournament and have the ability to climb up in the points table from their current 5th position.

Canterbury Kings, on the other hand, are in good form as well as they are heading into this match with two back-to-back wins over Central Stags and Otago Volts. With 4 wins and 2 losses, they are at 2nd spot in the standings with 16 points.

The batters will have an upper hand over the bowlers. Since it’s a drop-in pitch, the bowlers need to work hard for the wickets. It will be interesting to see how the surface behaves in this match.

George Worker is in good form this summer, he has scored a century and a half-century in the last 3 matches in both T20 and List A cricket. In 5 matches in this tournament, George has scored 118 runs at an average of 29.5 with the highest score of 53*.

Speedster Lockie Ferguson is an X-factor for Auckland Aces with the ball. He has picked up 8 wickets in 5 matches in this tournament at an economy of 6.16 with the best figures of 4 for 19.

Chad Bowes has scored 2 half-centuries in the last 4 matches and overall he has struck 157 runs in 6 matches in this tournament at an average of 26.16 with a strike rate of 145.37.

Leo Carter is always a reliable batter for Canterbury. He has scored runs under tough circumstances. In the last 5 matches, Carter has added 72 runs at a strike rate of 141.17.

AA vs CTB Must Picks for Dream11 Fantasy Cricket: 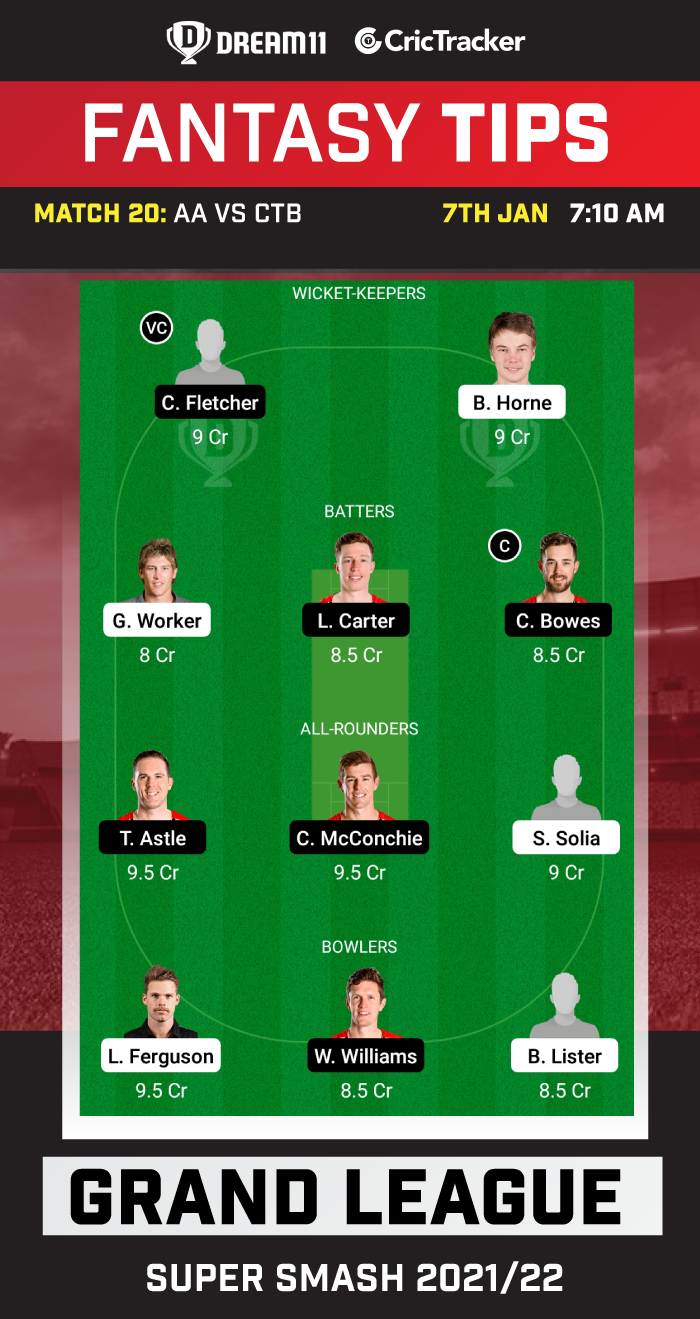