The result of this match will not have any impact on both sides.

In a dead rubber contest, Otago Volts will lock horns with Canterbury Kings in the 29th match of the Super Smash 2021/22 on Sunday. Otago Volts have had a terrible tournament as they have managed to win only one game. They will finish at the bottom of the table even if they win their final league game.

Canterbury Kings have performed quite well in this tournament. They are already through to the knockouts and will be hoping to win this game to keep themselves in good spirits ahead of the Eliminator. With 6 wins and 3 losses, they are at the second spot in the standings with 24 points.

Both batters and bowlers will have an equal edge on this wicket. Having said that, the ball comes quite easily onto the bat as the game progresses. Since it’s an afternoon game, bowling first makes more sense.

Hamish Rutherford is the leading run-scorer for Otago Volts in this tournament. In 8 innings, he has accumulated 223 runs at an average of 27.87 with the highest score of 82 and has also picked up 2 wickets.

Neil Broom is an experienced player. He has scored 164 runs in 8 innings in this competition at an average of 20.5, with the highest score of 62.

Chad Bowes is one of the most consistent players for Canterbury Kings. In 9 matches in this tournament, he has scored 243 runs at an average of 27 and a strike rate of 147.27.

OV vs CTB Must Picks for Dream11 Fantasy Cricket: 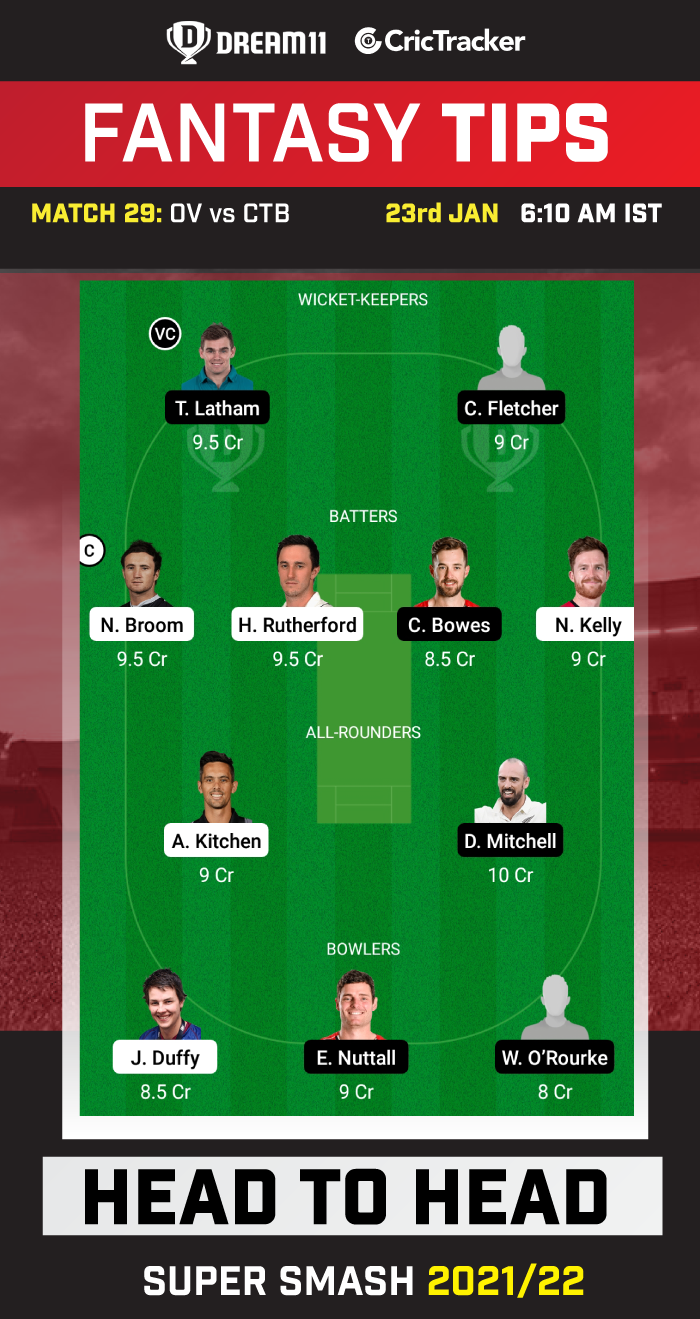 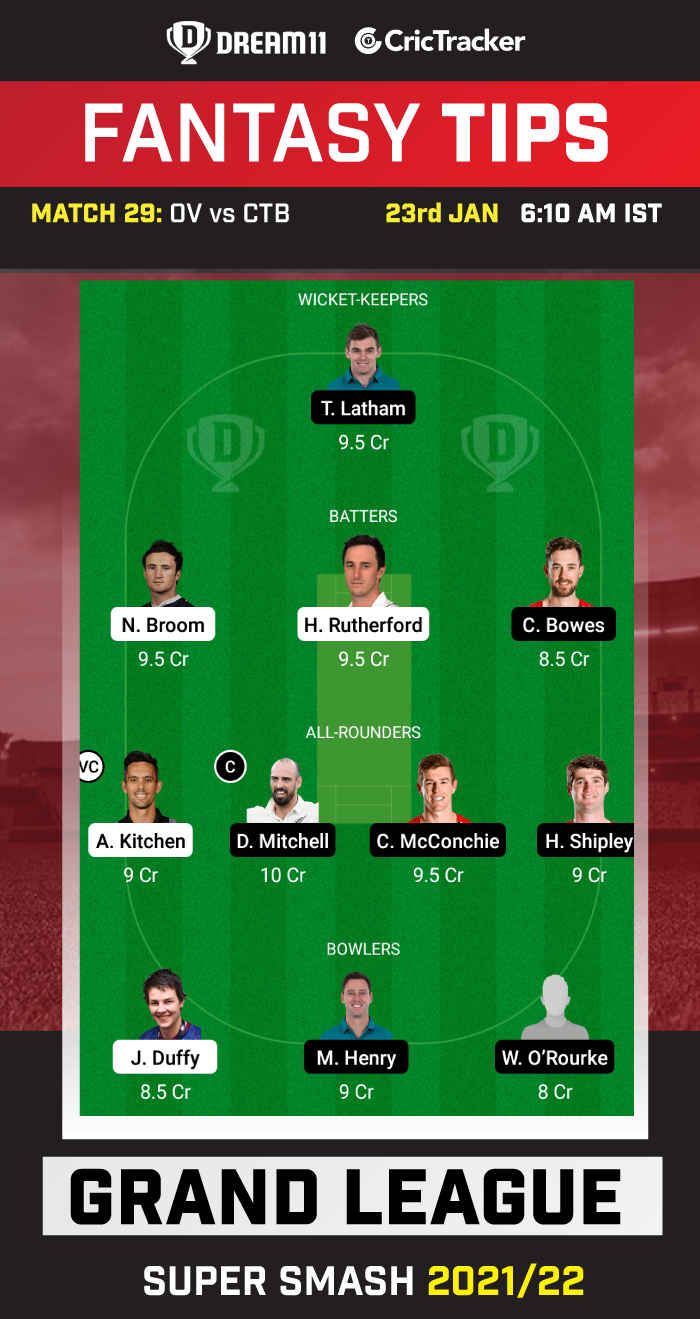