Neil Broom is an experienced player and a good captaincy pick for your fantasy teams.

Canterbury Kings will take on Otago Volts in the 13th match of the Super Smash 2021-22 on Sunday. Canterbury Kings suffered a heart-breaking loss in the last game against Northern Brave in the final ball of the match. They did all the hard work to take the game deep and one bad ball eventually cost the match. With 2 wins and 2 losses, they are at 3rd spot in the standings with 8 points.

Hagley Oval has hosted two matches so far in this tournament where the team batting first came out on top on both occasions. It’s quite difficult to chase on this surface and hence batting first is a good option.

Playing in his first match of the tournament, Henry Nicholls batted quite well in the low-scoring thriller against Northern Brave. He scored 35 runs from 21 balls which included 3 fours and 2 sixes.

Skipper Cole McConchie has struck 110 runs in 4 matches in this tournament at an average of 27.5 with the highest score of 84 and picked up 2 wickets as well.

Can't beg people to play for West Indies, if they want to play they will: Phil Simmons

Including a half-century, Hamish Rutherford has scored 97 runs in 3 innings in this tournament at an average of 32.33 with a strike rate of 159.01 and even picked up a wicket as well.

Anaru Kitchen is an effective all-rounder in this format of the game. So far in this tournament, he has scored 53 runs and picked up 4 wickets.

CTB vs OV Must Picks for Dream11 Fantasy Cricket: 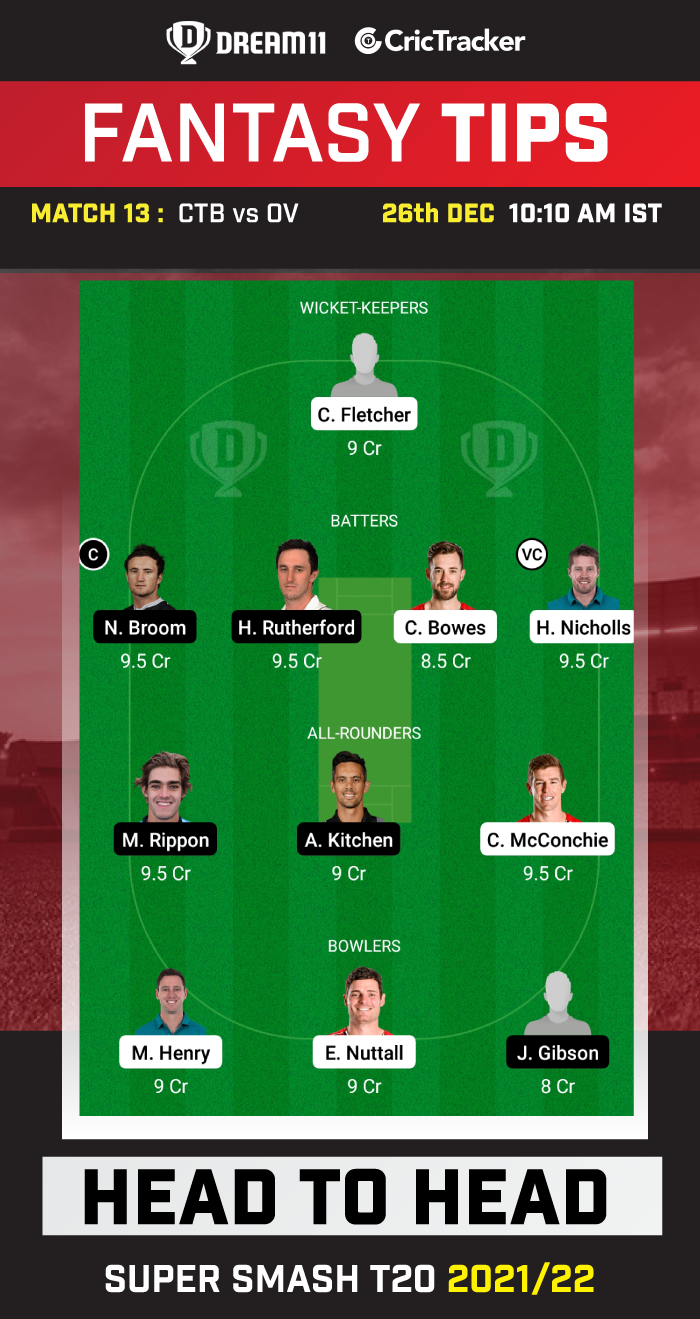 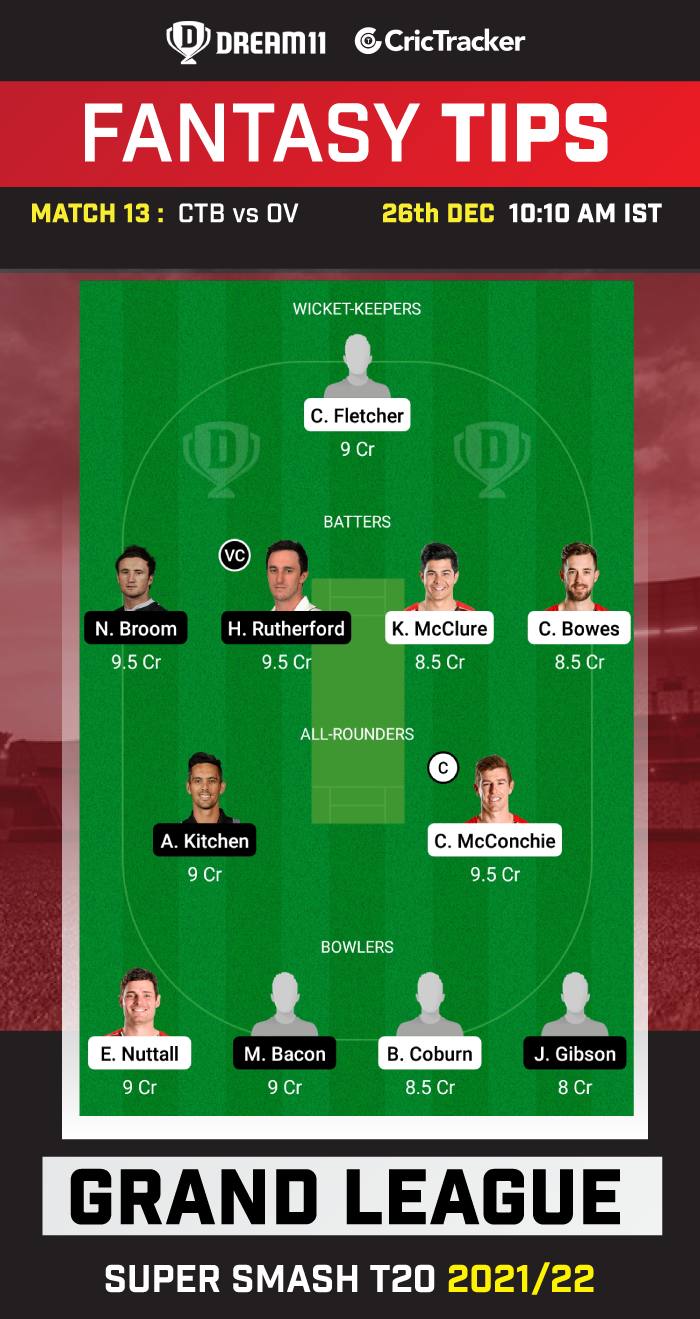