The 1st match of the Super50 Cup 2019-20 will be the Group A game between the Leeward Islands and Combined Campuses and Colleges played at the Warner Park in Basseterre, St Kitts.

The Super50 Cup for the 2019-20 edition will kick start on Wednesday when the defending champions Combined Campuses and Colleges will face the Leeward Islands in St Kitts. The Warner Park in Basseterre will be the venue for this tournament opener to be played under the lights. The Combined Campuses team won the title for the first time during the previous edition.

The Carlos Brathwaite-led team might face it tough with only four players being retained from the squad that saw success in 2018/19 season. Both Leeward Islands and CCC were part of the Group B in the last edition but this time, they are in Group A alongside Barbados, Jamaica and Canada teams. Jahmar Hamilton will be leading the Leeward Islands team.

The tournament opener is expected to witness periodic clouds during the match timings. However, no rain is predicted at any point on Wednesday.

The Super50 Cup was last hosted by the Warner Park in Basseterre back in 2015/16 season. Since then, five List A matches have been played at this venue. All the five matches recorded totals over 230 which indicates the ground could produce a decent surface for the tournament opener.

He scored 212 runs at an average of 53 and bagged 13 wickets from only nine matches. Devon Thomas has been decent in the recent past with the bat. He has recorded five 40+ scores in nine List A innings over the last one year. Akeem Jordan claimed 16 wickets from 8 games during the Super50 2018/19 season. He averaged 14.92 with the ball and also picked up a 5-wicket haul.

It will be tough to go beyond Rahkeem Cornwall for selecting captain for the fantasy team considering his record in the last couple of seasons. 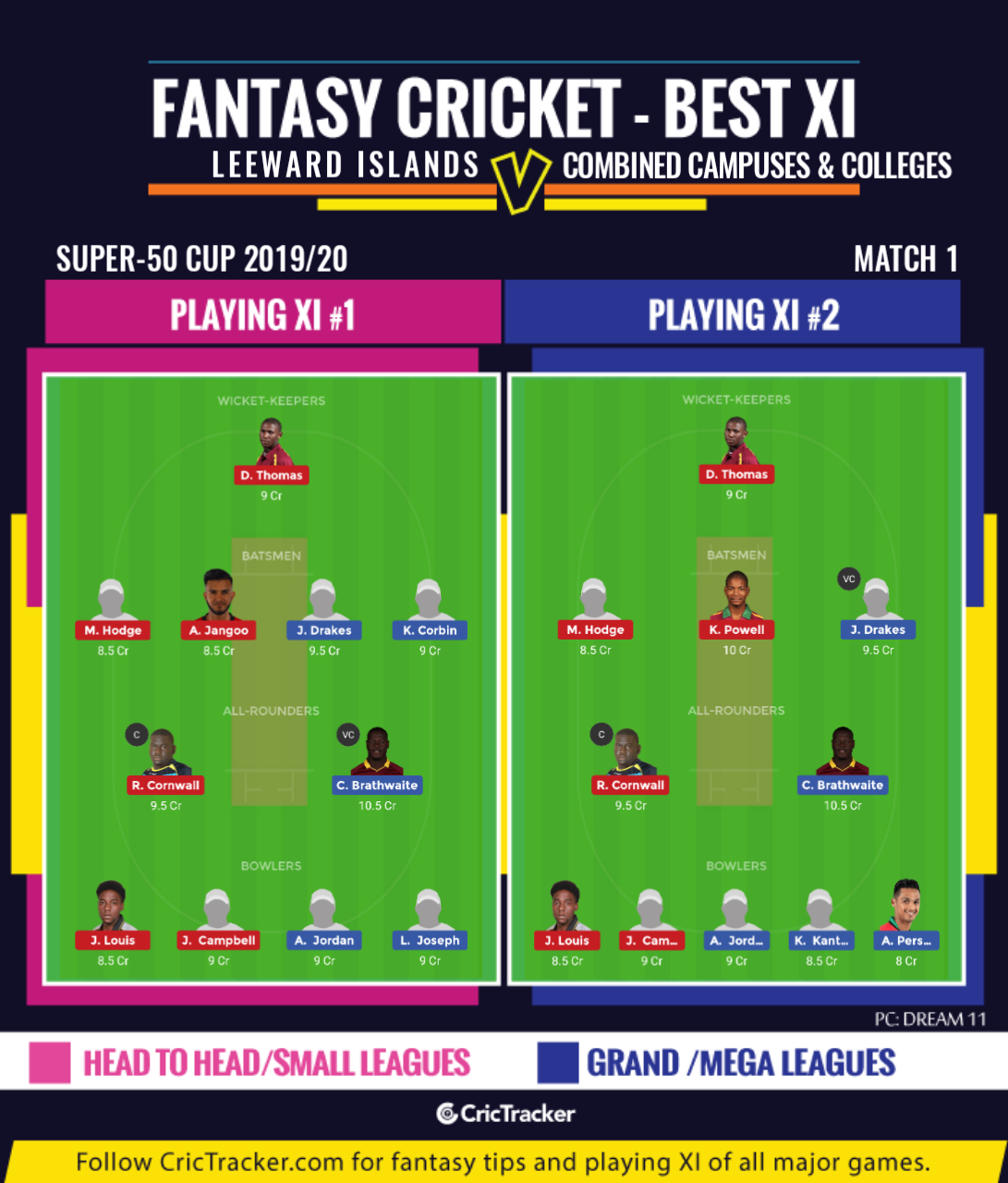 Akshaya Persaud has been listed as a bowler for this game. The left-hander from Guyana is, in general, a batsman who can chip in a few overs. He is going through decent form and can be picked alongside the 3 or 4 others from the bowlers’ category.

The Leeward Islands will start as favourites due to the higher experience of their side.