Devon Thomas scored 272 runs at an average of 68 in this tournament thus far.

The 30th match of the Super50 Cup 2019-20 will be the Group A game between Leeward Islands and Canada played at the Warner Park in Basseterre, St Kitts.

The Leeward Islands, who started the Super50 Cup 2019-20 edition with a hat-trick of wins, lost their next two games on the trot. However, a 6-wicket win against the defending champions Combined Campuses & Colleges put their campaign back on track. Despite the absence of Rahkeem Cornwall, the Leeward Islands are now placed at No.2 spot. They have a pretty good chance to top the Group A when they take on Canada team on Thursday. The Canada team has played as many as five matches in this season but won just one. They would need to win all the remaining three matches to have an outside chance of semi-final qualification.

The Warner Park could be under the clouds throughout the evening and the play could be interrupted due to showers.

The season began with five consecutive 250+ scores by first batting team resulting in wins at the Warner Park. However, the recent matches broke that trend as targets of 244 and 208 getting chased down. Since there was three days gap since the last match, we could see big totals on Thursday.

Rahkeem Cornwall is in India to be part of Afghanistan-West Indies Test match.

Kieran Powell has amassed 348 runs in this tournament at an average of 69.6 having struck an unbeaten 121 and two fifties. Devon Thomas also has similar numbers as he aggregated 272 runs at 68 average. He also hit a hundred and a couple of half-centuries. Harsh Thaker scored only 111 runs across five innings but has claimed six wickets at a strike rate of 22 in this competition. Shahid Ahmadzai scored 132 runs including a 73-run knock and claimed four wickets thus far. 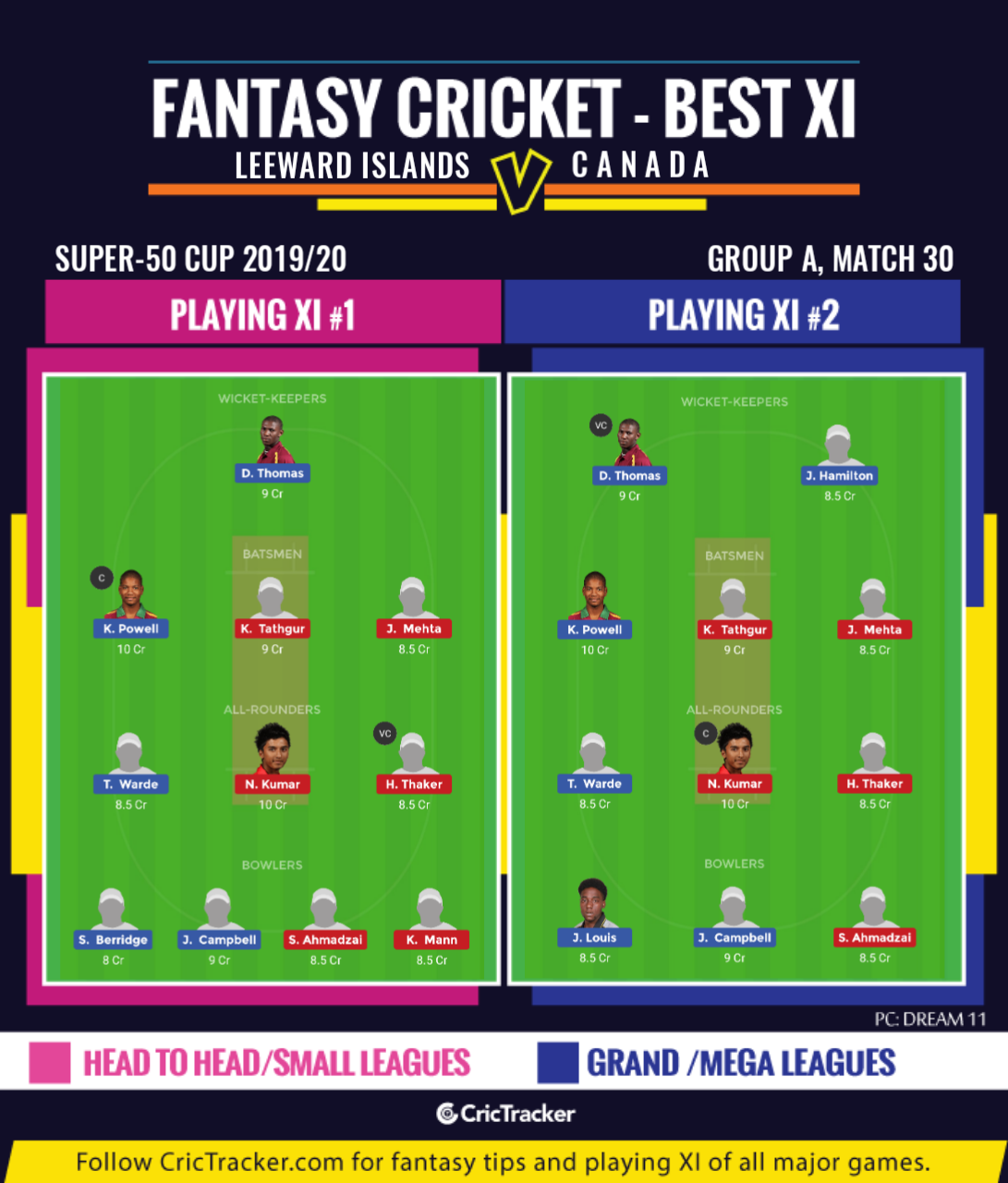 No many consistent performers are present in the top-order of both the teams. It is one of the reasons why we picked seven players from keepers, batsmen and all-rounders categories in both our suggested XIs.

The Leeward Islands are expected to register their 5th win of the tournament.