Ashley Nurse is expected to be the top performer in this match.

The 6th match of the Super50 Cup 2019-20 will be the Group A game between Barbados and Combined Campuses and Colleges played at the Warner Park in Basseterre, St Kitts.

Barbados and Combined Campuses and Colleges will face off in the Group A game of the Super50 Cup on Saturday at the Warner Park. Both the teams played their first match here only. Barbados started with a comfortable win by 75 runs against Jamaica. Ashley Nurse played a key role in the win with a 21-ball 38 in the death overs.

Nurse followed it with a 4-wicket haul while defending their total of 265. On the other hand, the CCC team missed their skipper Carlos Brathwaite in the first match. They let the Leeward Island post a big total of 292/7. In response, they were bowled out for only 94 in 31.3 overs to register a 198-run embarrassing defeat.

Periodic clouds could be seen over the Warner Park on Saturday without any rain chances during the match timings.

The average score of Warner Park over the last three years around 280 as the track here remains dry throughout the game. More than often, there will be slowness in the pitch as the game progress. It is one of the reasons why chasing becomes tough here.

Kyle Corbin was absent hurt from batting in the first match. Carlos Brathwaite did not play the first game.

Kjorn Ottley was decent with the bat in previous season scoring 306 runs also with two fifties from nine innings. Ashley Nurse scored a quick 38 in the previous match before bagging a 4-wicket haul. Chemar Holder has taken 29 wickets including a 5-fer across the 19 List A games he played. Akshaya Persaud is listed at 8 credits in bowlers’ category. However, he opens the batting for CCC.

Ashley Nurse is expected to be the top performer in this match. 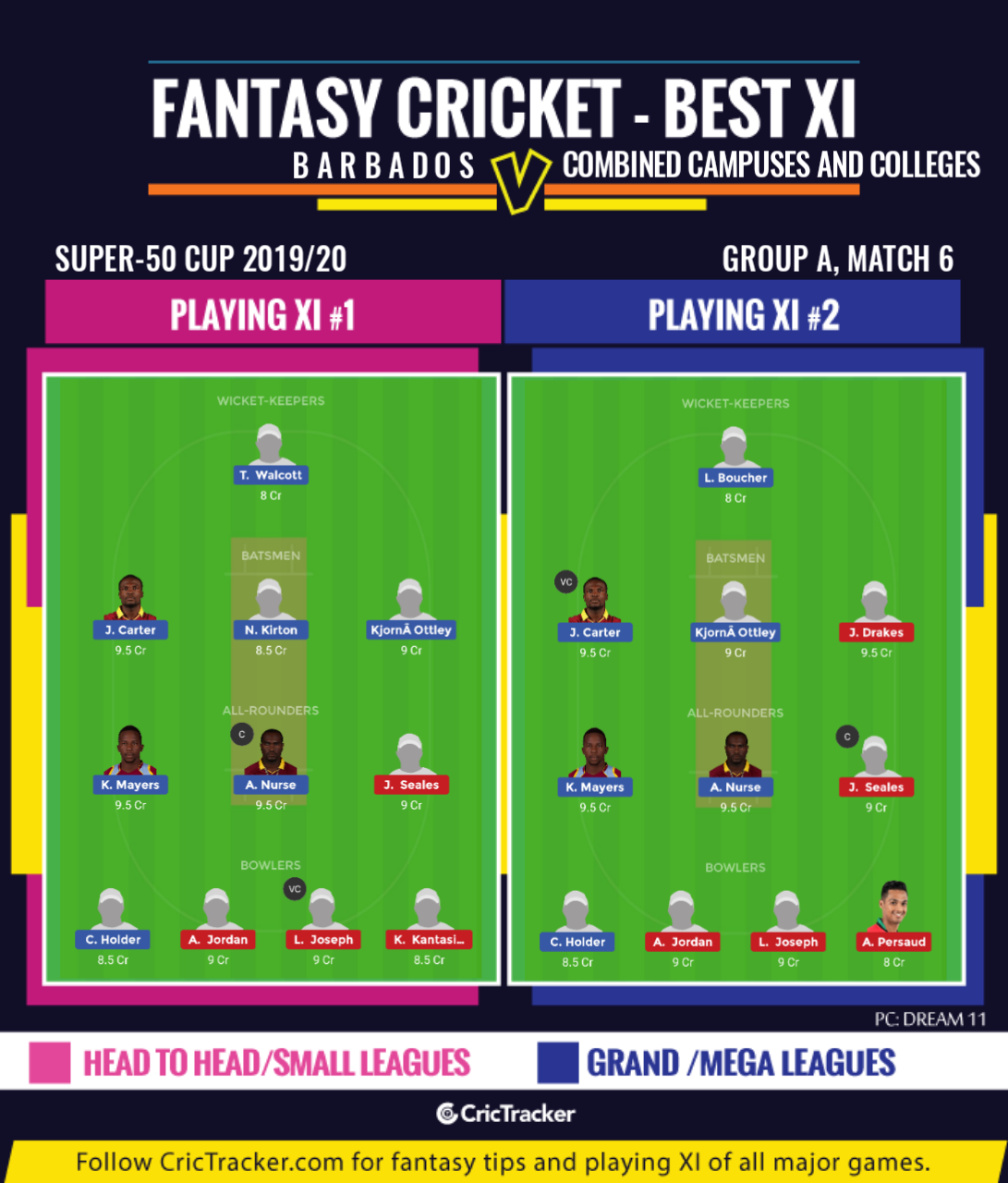 The reason for Carlos Brathwaite’s absence from the previous game was strange as there is no report of any injury he has sustained. It is unlikely to see him playing the 2nd match but if he plays, he can be picked as vice-captain.

Barbados is expected to register their 2nd straight win.