Laurie Evans is an good captaincy option for this clash.

Surrey will meet Kent in the upcoming South Group match in the Vitality T20 Blast tournament. This clash takes place at the Kennington Oval in London.

Kent have been on a roll this season and they would like to continue their winning run. They have performed well as a unit and their position in the team standings narrate the entire story. With seven wins in 11 games, Kent are leading the Group B table and would be confident ahead of this fixture. Notably, three of their games have been washed out due to rain.

On the other hand, Surrey have blown hot and cold this season. They did put up some impressive performances, but winning consistently has been a concern for them. The Gareth Batty-led side is currently holding the fourth position in the table, having won five of their 12 games. Notably, Kent walked away with an 11-run win when these two sides met earlier in the competition.

Captaincy Picks for SUR vs KET:

The uncapped England batsman has been in fine touch this season and would like to trouble Kent bowlers as well. Evans can anchor the innings in the middle overs and playing big shots isn’t beyond his reach either. So far, the dasher has 234 runs in 10 games and would be determined to enhance his tally even further.

Denly will be the man to watch out for from the Kent camp. The veteran all-rounder has delivered in all three departments this season and Surrey must beware of him. Coming to his numbers, Denly has scored 168 runs alongside scalping seven wickets with his more than handy leg-spin bowling. Kent will certainly count on him. 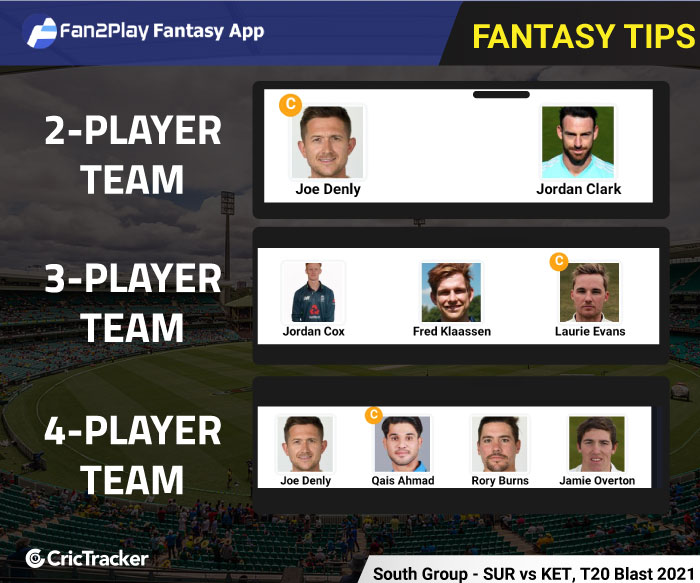 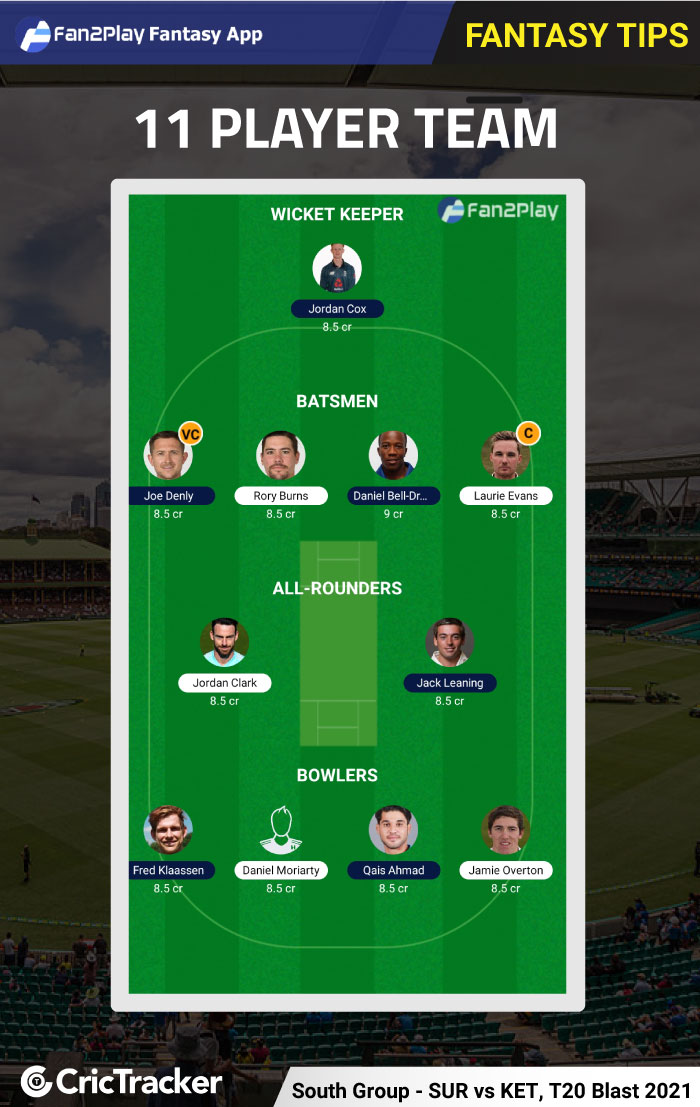