Southern Vipers are expected to lift the title by beating Northern Diamonds.

The final of the Rachael Heyhoe-Flint Trophy, 2020, will be played between the Southern Vipers and the Northern Diamonds at the Edgbaston Stadium, Birmingham.

Preview of SV vs NOD:

Southern Vipers and Northern Diamonds have done well to make it to the finals and now only the last hurdle remains for both of them. They will look to put all the past results behind them as the two teams will battle it out one last time. The winner will take home the coveted Rachael Heyhoe Flint Trophy.

Southern Vipers start as the favourites, given their current form. They have won 6 games in as many matches played. However, Northern Diamonds aren’t too far behind them as they, themselves have won 5 out of their 6 games. This match promises to be a cracker.

The chances of rain during the game on Sunday are next to a minimum and one can expect an uninterrupted game. There are some clouds expected with some strong winds every now and then. The temperatures are expected to hover around 11°C.

The pitch at Birmingham has been a paradise for the bowlers. The batswomen haven’t had much respite and there is a lot on offer for the bowlers. One can expect this match to be a low-scoring thriller.

Average first innings score: 140 (Based on the 2 games played at this venue in this series)

Lauren Winfield-Hill has been cleared to play in the final.

Top Picks for SV vs NOD:

Georgia Adams of the Southern Vipers has been the best batswomen of the tournament. Sitting at the top of run-scorers’ list with one century and two half-centuries, Adams has 420 runs to her name and boasts of an impressive average of 84 and a strike rate of over 80.

Hollie Armitage is the leading run-getter for Northern Diamonds. She has amassed 150 runs from 6 innings at an average of 30. She also has a fairly decent strike rate of over 60.

Tara Norris is the leading wicket-taker for the Southern Vipers. She has picked up 12 wickets from 6 games and has conceded runs at a brilliant economy rate of 4.72. She will have a key role to play in the final.

Bethany Langston has been the best bowler for Northern Diamonds. She has picked up 11 wickets at an average of 18 and an economy rate of 4.28 runs per over.

Suggested Playing XI No.1 of SV vs NOD for Dream11 Fantasy Cricket: 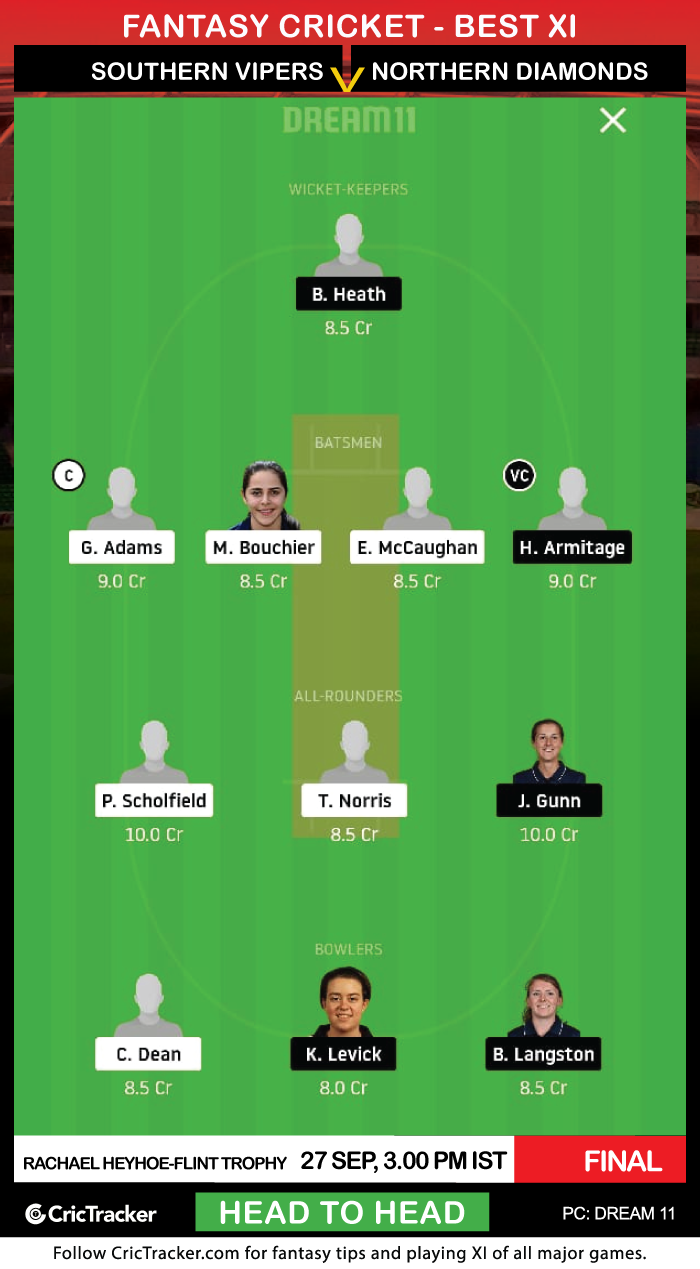 Suggested Playing XI No.2 of SV vs NOD for Dream11 Fantasy Cricket: 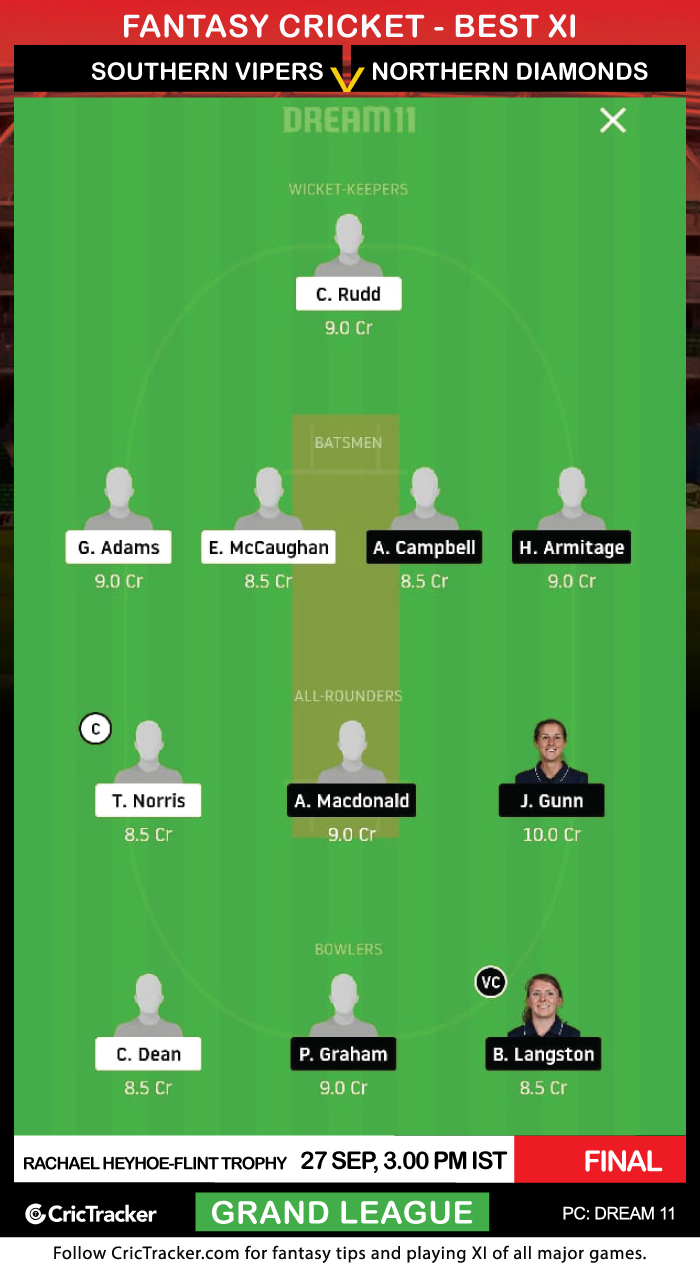 It is advisable to have plenty of bowling options for the match on Sunday as the track at Birmingham has been offering a lot of assistance to the bowlers.

Southern Vipers are expected to win the title.