The Group A Super League match of the 2019-20 Syed Mushtaq Ali Trophy will be played between Rajasthan and Maharashtra at Lalabhai Contractor Stadium in Surat.

The caravan of the 2019-20 Syed Mushtaq Ali Trophy rolls on and in another Group-A Super League encounter, Rajasthan will take on Maharashtra in what is expected to be a crucial encounter for the former. Rajasthan comes into their third Super-League encounter desperate for a win, after having lost both of their previous encounters. While they lost to Baroda by 15 runs, their last fixture against Haryana resulted in a four-wicket defeat.

They’ll now face Maharashtra,  who too lost their opening Super League fixture to Delhi thanks to an all-round performance by Nitish Rana but came back well in their last game against Baroda were  where an all-round batting effort- led by Ruturaj Gaikwad (47) and an equally dominating bowling effort-led by Satyajeet Bachhav 2-5- steered them to a 67-run-win.

The pitch at Lalabhai Stadium has been a good one to bat and it has turned to be even better for the chasing teams, especially in the last five games. The average first innings score has been around 170 while on four instances out of the last five, chasing sides’ have coasted past the target with ease.

Average first innings score at this venue: 170 (Last five matches of the season)

There were talks of Deepak Chahar reaching Surat. You can pick him in your fantasy team after the toss.

As far as the bowling is concerned, Chandrapal Singh (2-16) claimed two wickets in the last game. He, along with Tanveer ul Haq (5 wickets), Aniket Choudhary (10 wickets) and Rahul Chahar (6 wickets) will lead the unit. 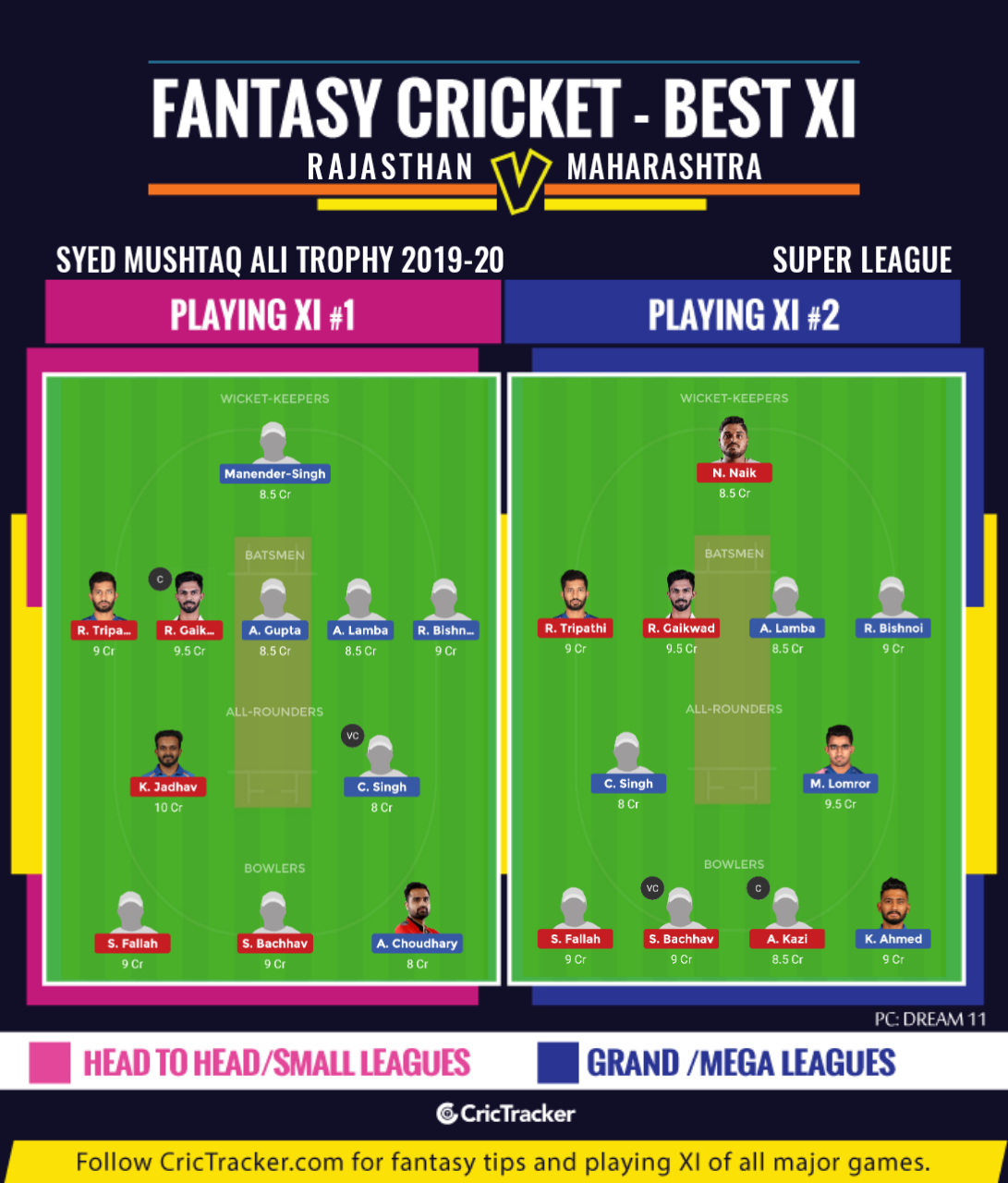 Maharashtra’s top-order-led by Ruturaj Gaikwad- has been in good form. Hence, opting for them as captain/vice-captain should be an ideal punt.

With Maharashtra boasting of an all-round balance and coming off a commanding win against Baroda, we back them to win this one.