Apoorv Wankhade averages 131 with the bat in this tournament.

Maharashtra will be up against Vidarbha in the preliminary quarter-final of the Syed Mushtaq Ali Trophy 2021 on Tuesday. The winner of this match will seek into the quarter-finals. Having lost their first match against defending champions Tamil Nadu, Maharashtra have had an impressive run thereafter, by winning four straight matches on the trot. They finished second in the Elite Group A standings with 16 points.

Vidarbha, on the other hand, are undefeated in this tournament. They won all of their matches by massive margins, which has boosted their spirits to a different level before heading into the Preliminary Quarter Final. They finished at the top of the table in the Plate Group standings with 20 points with a net run-rate of 4.967.

The boundaries are way too short on either side of the ground, and the batters can clear the fence quite easily. There will be enough grip for the spinners. Looks like anything over 160 is a good enough total on this wicket.

Ruturaj Gaikwad is extending his dream IPL form into this tournament as well. He is the top run-scorer for Maharashtra in this competition, with 259 runs in 5 matches at an average of 51.8 and a strike rate of 149.71.

Yash Nahar became the first player for Maharashtra to score a century in this tournament. He achieved that feat in the previous game against Goa, where he remained unbeaten on 103 runs from 68 balls.

Jitesh Sharma is the player to watch out for from Vidarbha in this match. In 5 matches so far in this tournament, he has notched up 174 runs at an average of 58 and an astonishing strike rate of 232.

Akshay Karnewar is an ambidextrous bowler. In only 5 matches in this tournament, he has scalped 10 wickets at an excellent economy of 3.4.

MAH vs VID Must Picks for Dream11 Fantasy Cricket: 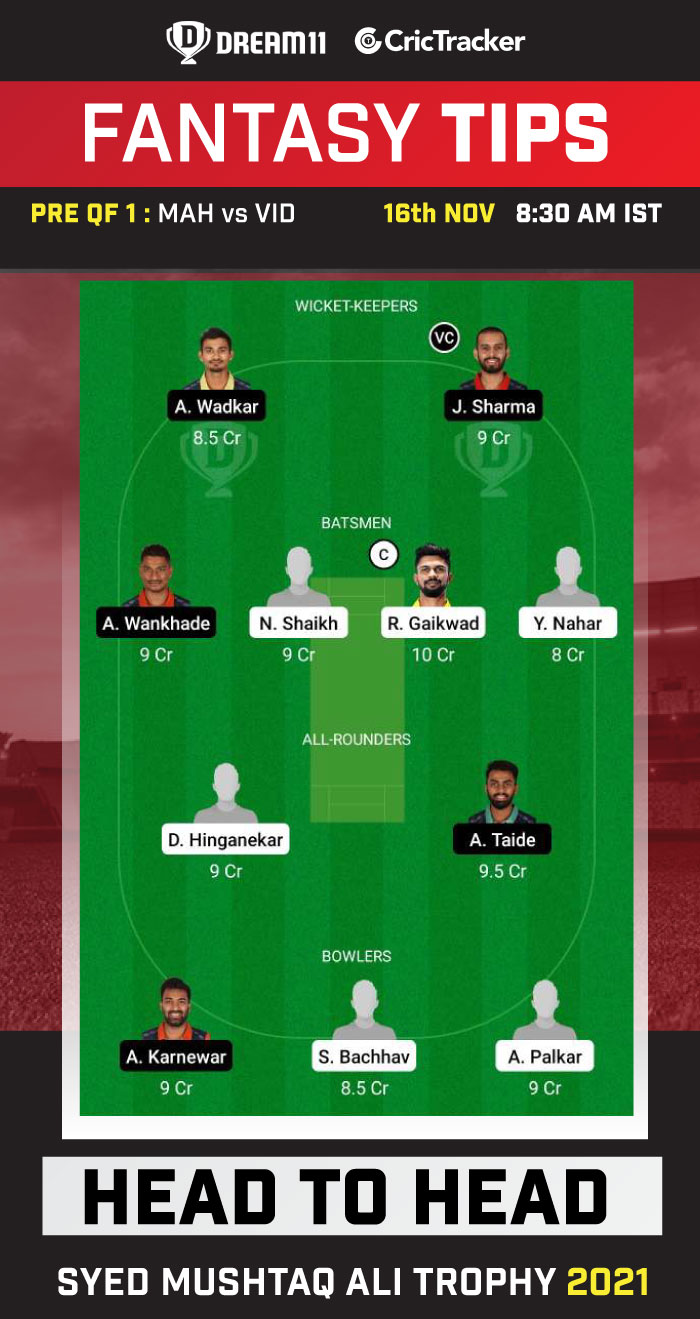 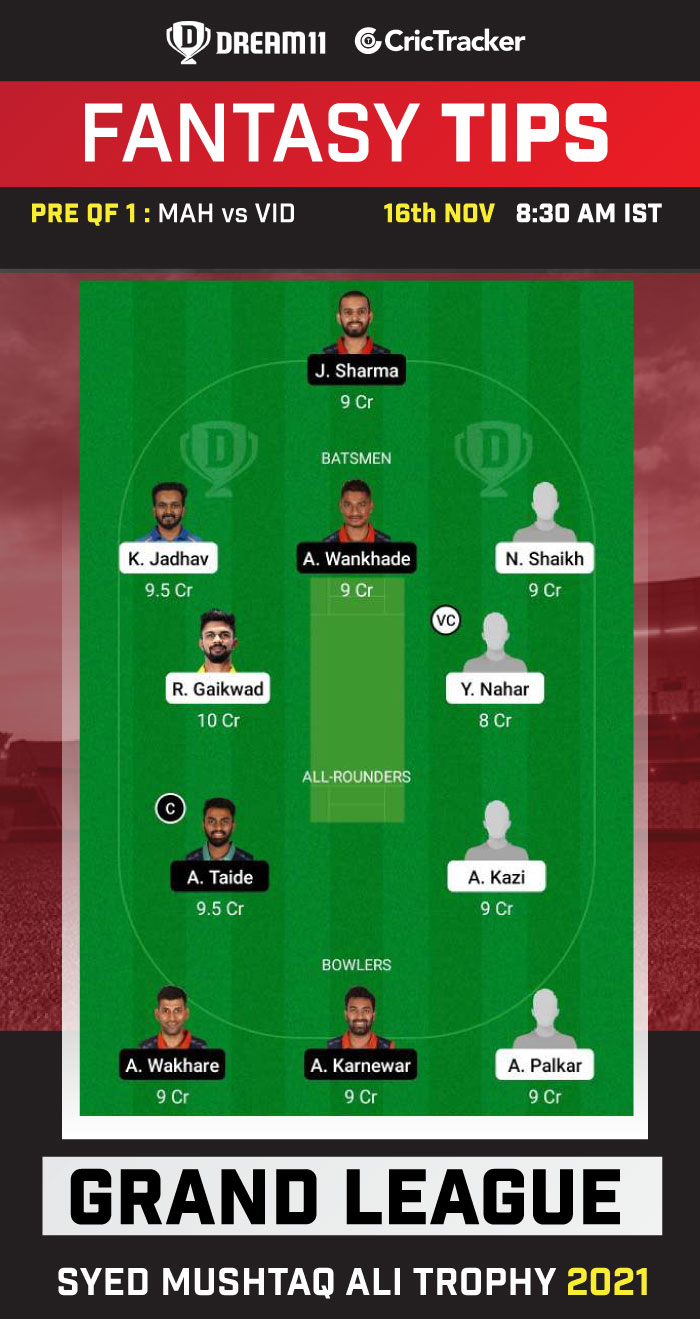 Naushad Shaikh has scored 117 runs in 5 matches in this tournament at an average of 23.4, while he has scalped 3 wickets as well. He is a risky captaincy pick for your fantasy teams.

Apoorv Wankhade is a talented batter who has accumulated 131 runs in 5 matches in this tournament at an impressive strike rate of 192.64. You can take a risk and pick him as your fantasy team skipper.

Sunil Yadav went wicketless in the 4 matches he has played in this tournament. It’s better to avoid him while making your fantasy teams.