Sanju Samson can be a good player to bank on for this match.

Himachal Pradesh will battle it out against Kerala in the preliminary quarter-finals of the Syed Mushtaq Ali Trophy 2021. Himachal Pradesh finished at the second spot in Elite Group C. They secured victories in three matches from the five that they played in the league stage of the tournament.

Kerala, on the other hand, have had a similar campaign. They have also won three games from the five they played and finished second in the Elite Group D at the end of the group stage. Heading into this encounter, both the teams will aim to dominate the proceedings in the game.

The pitch is expected to be a neutral one. Both the batters and the bowlers might get enough help from this deck.

Probable Playing XIs for HIM vs KER:

Top Picks for HIM vs KER Dream11 Match:

Skipper Rishi Dhawan has looked quite impressive in the tournament. In five matches, he has scalped a total of 14 wickets. He has also chipped in 116 runs in the tournament so far. He will be determined to perform for the side.

Nikhil Gangta has scored 115 runs from five matches in the tournament so far. He can be another good Himachal Pradesh player to bank on for this match.

Captain Sanju Samson has continued his good form in this tournament. He has amassed 175 runs from five matches and is one of the key players for the Kerala side.

Basil Thampi will aim to dominate the proceedings in this match. So far, he has scalped seven wickets from five matches in the tournament.

Suggested Playing XI No.1 for HIM vs KER Dream11 Fantasy Cricket: 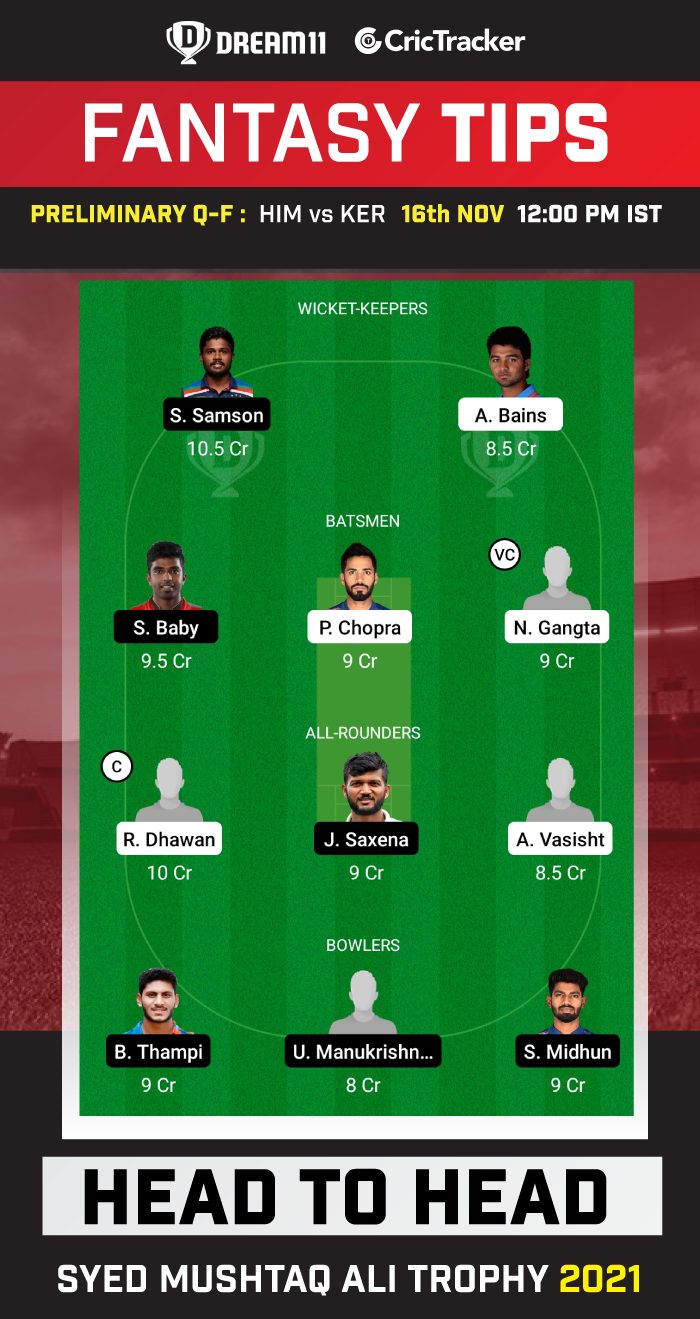 Suggested Playing XI No.2 for HIM vs KER Dream11 Fantasy Cricket: 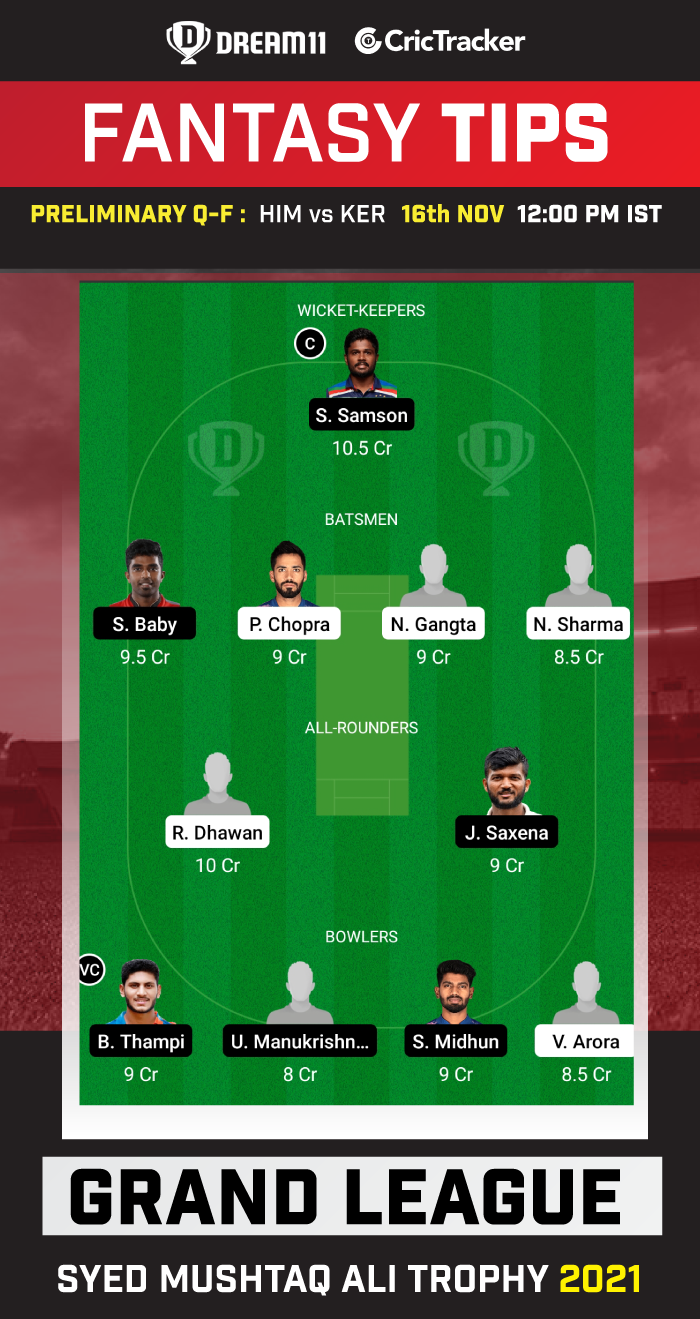 HIM vs KER Probable Winners:

Himachal Pradesh are expected to win this match.