Baba Aparajith has been named in India A squad for the upcoming South Africa tour and he will miss the remainder of this tournament.

Defending champions, Tamil Nadu will take on Kerala in the 1st Quarter-Final of the Syed Mushtaq Ali Trophy 2021 on Thursday. Tamil Nadu have had an incredible tournament so far and have all the potential to win the title for the second consecutive time. They finished at the top spot in the Elite Group A standings with 16 points. Their only loss came against Goa by 7 wickets.

Kerala, on the other hand, finished second in the Elite Group D standings with 12 points. They defeated Himachal Pradesh in the preliminary quarter-final by 8 wickets and earned the quarter-final spot. Sanju Samson is having a great run in this tournament and he will be the player to watch out for in this match.

It’s a good sporting wicket with equal help for the batters and bowlers. The seamers will be rewarded if they take the pace off the bowl on a consistent basis. Anything over 160 is an excellent score on this wicket.

Narayan Jagadeesan is the main batter for Tamil Nadu, who can play attacking shots and build long innings as well. He has scored the most runs for Tamil Nadu in this tournament, with 155 runs in 5 matches.

Sai Sudharsan is an impressive young cricketer who has scored 93 runs in 4 matches in this competition at an average of 31 and a strike rate of 119.23.

Sanju Samson has loads of experience in this format of the game. He knows how to pace the innings and can finish things in style as well. In 6 matches so far in this tournament, he has scored 227 runs at an average of 113.5 and a strike rate of 143.67.

Mohammad Azharuddeen played a calculative knock in the last game against Himachal Pradesh, where he scored 60 runs from 57 balls. Overall in 6 matches in this tournament, he has accumulated 132 runs at an average of 22.

TN vs KER Must Picks for Dream11 Fantasy Cricket: 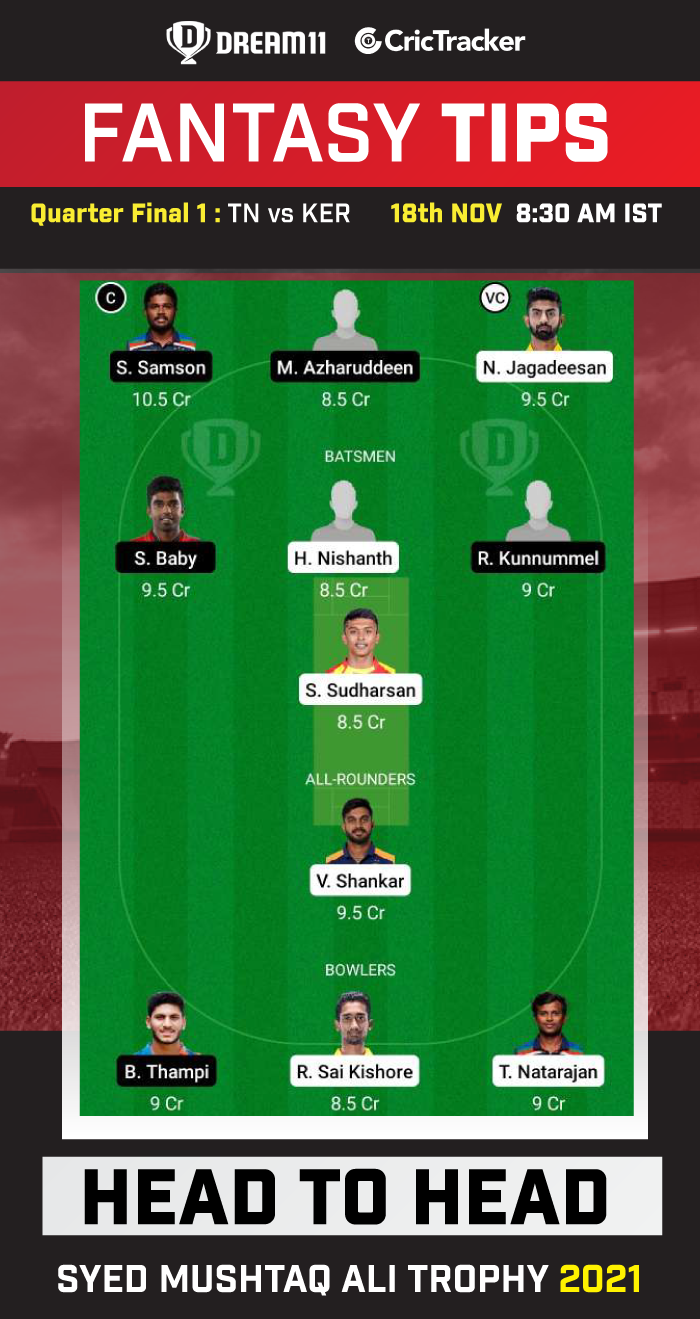 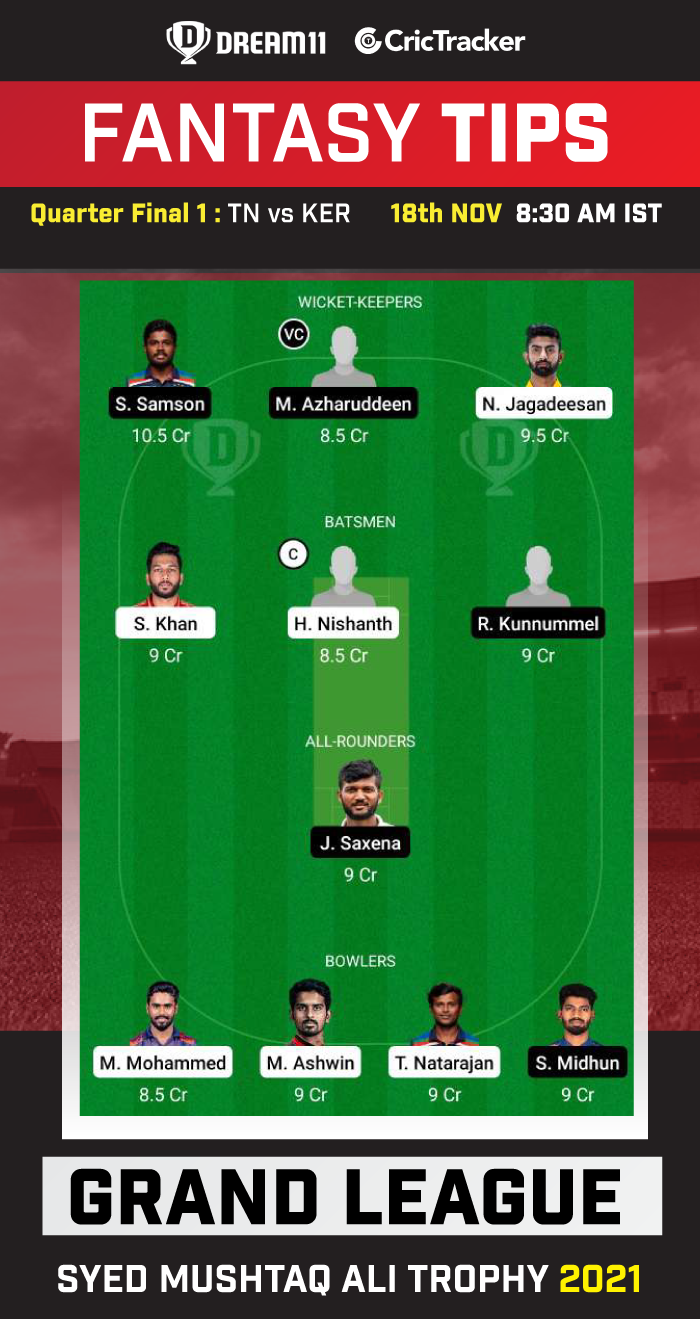 Ravisrinivasan Sai Kishore has picked up 6 wickets in 5 matches so far in this tournament at an economy of 6.6. You can take a risk and pick him as your fantasy team skipper.

Rohan Kunnummal has accumulated 117 runs in 4 matches in this tournament at an average of 39 and a strike rate of 105.4. He is a risky captaincy pick for your fantasy teams.

Considering a lot of options available in the batter’s slot, it’s better to avoid Vishnu Vinod while making your fantasy teams though.