The absence of Priyank Panchal and Arzan Nagwaswalla will hurt Gujarat in this match.

Gujarat will take on Hyderabad in the 4th Quarter Final of the Syed Mushtaq Ali Trophy 2021 on Thursday. Gujarat have had an impressive tournament so far. They finished at the top spot in the Elite Group D standings with 16 points. Priyank Panchal will be captaining India A in the upcoming South Africa tour and will miss the remainder of this tournament. It will be interesting to see how Gujarat performs in his absence.

Hyderabad, on the other hand, are undefeated in this tournament. They outplayed top-quality sides in the likes of Saurashtra, Delhi, and Uttar Pradesh and finished at the top of the standings in the Elite Group E with 20 points. Tanmay Agarwal is in brutal form and he will be the key man for them in this match.

The surface here at Palam A Ground tends to assist the bowlers more. The batters need to be on top of their game to tackle the bowlers. Considering the slowness in the wicket, whoever wins the toss should bat first.

Het Patel has batted only in 3 innings in this competition, where he has accumulated 88 runs at an average of 88 and a strike rate of 102.32.

Tanmay Agarwal is the leading run-scorer in this tournament. In 5 matches, he has mustered 302 runs at an average of 75.5 and a strike rate of 151.

Chama Milind is having an impeccable tournament with the ball so far. H, he is the leading wicket-taker in this competition with 16 scalps in just 5 matches.

GUJ vs HYD Must Picks for Dream11 Fantasy Cricket: 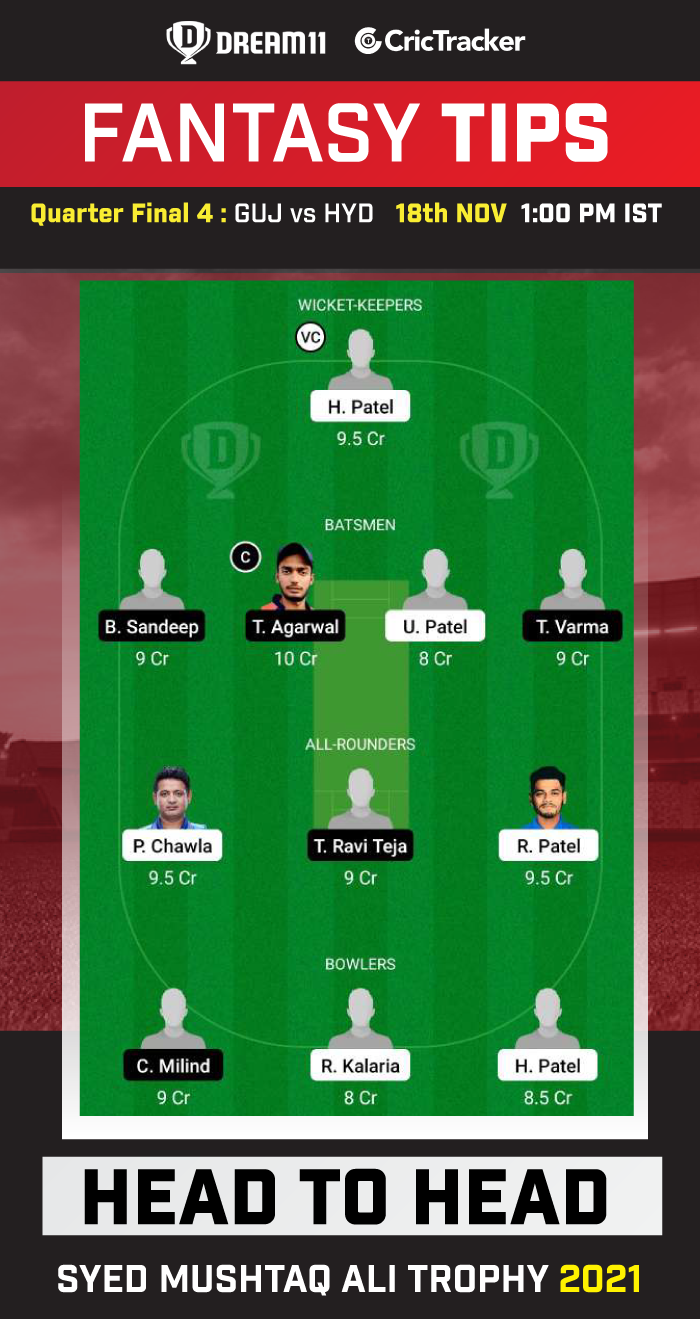 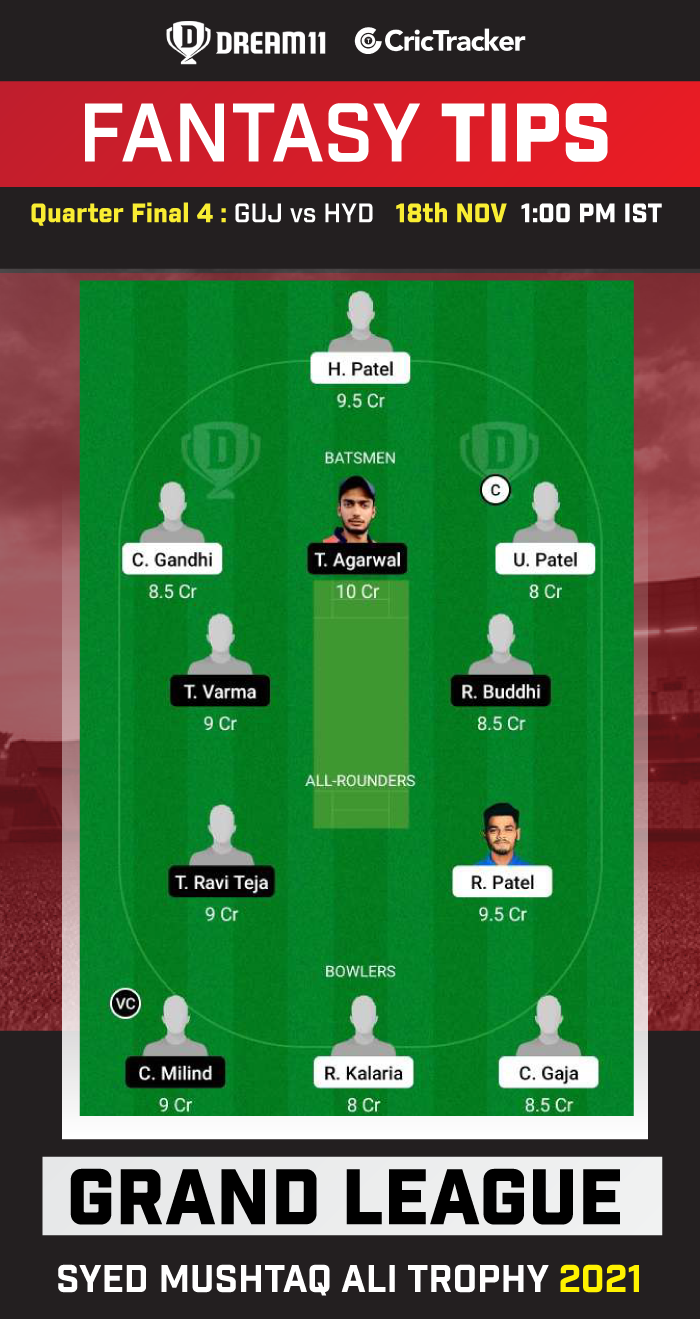 Piyush Chawla has scalped 5 wickets and has also scored 48 runs with the bat in this tournament so far. You can take a risk and pick him as your fantasy team skipper.

Tilak Varma is the second-highest run-scorer for Hyderabad in this tournament. In 5 matches, he has scored 132 runs at an average of 33. He is a risky captaincy pick for your fantasy teams.

Sai Pragnay Reddy has scored 2 runs in 2 innings he has batted in this tournament. Considering his current form, it’s better to avoid him while making your fantasy teams.