Tamil Nadu are aiming for their 3rd consecutive final.

In the South Indian derby, defending champions, Tamil Nadu will take on Hyderabad in the 1st Semi-Final of the Syed Mushtaq Ali Trophy 2021. With complete all-round performances, Tamil Nadu won a thriller against Kerala in the 1st Quarter-Final game by 5 wickets with 3 balls still left in the match. They chased down a difficult target of 182 and eventually won the game in the end. They are the favorites to win this game.

Hyderabad on the other hand, extending their dream run in this tournament. They are yet to be defeated as they have won 6 matches on the trot. They convincingly won against Gujarat by 30 runs in the 4th Quarter-Final. Tanmay Agarwal and Tilak Varma are in brutal form with the bat and they are likely to do well in this match as well.

It’s a good batting wicket and the batters need to be patient and should play as long as possible. There is some assistance for the spinners if they do bowl in the right areas. Bowling first is a preferable option here.

Playing in his first domestic season for Tamil Nadu, Sai Sudharsan has already made a name for himself. The 20-year-old southpaw has scored 139 runs in 5 matches in this tournament at an average of 34.75.

Hari Nishanth is the player to watch out for Tamil Nadu. He has struck 163 runs in 6 matches so far in this competition at an average of 32.6 with the highest score of 75*.

Tanmay Agarwal is still leading the top run-scorers list in this tournament. He has racked up 333 runs in 6 matches at an average of 66.6 with a strike rate of 150.67.

Coming at No.3, Tilak Varma batted magnificently in the Quarter-Final game against Gujarat and scored 75 runs from just 50 balls. Overall, in 6 matches in this tournament, he has added 207 runs at an average of 41.4.

TN vs HYD Must Picks for Dream11 Fantasy Cricket: 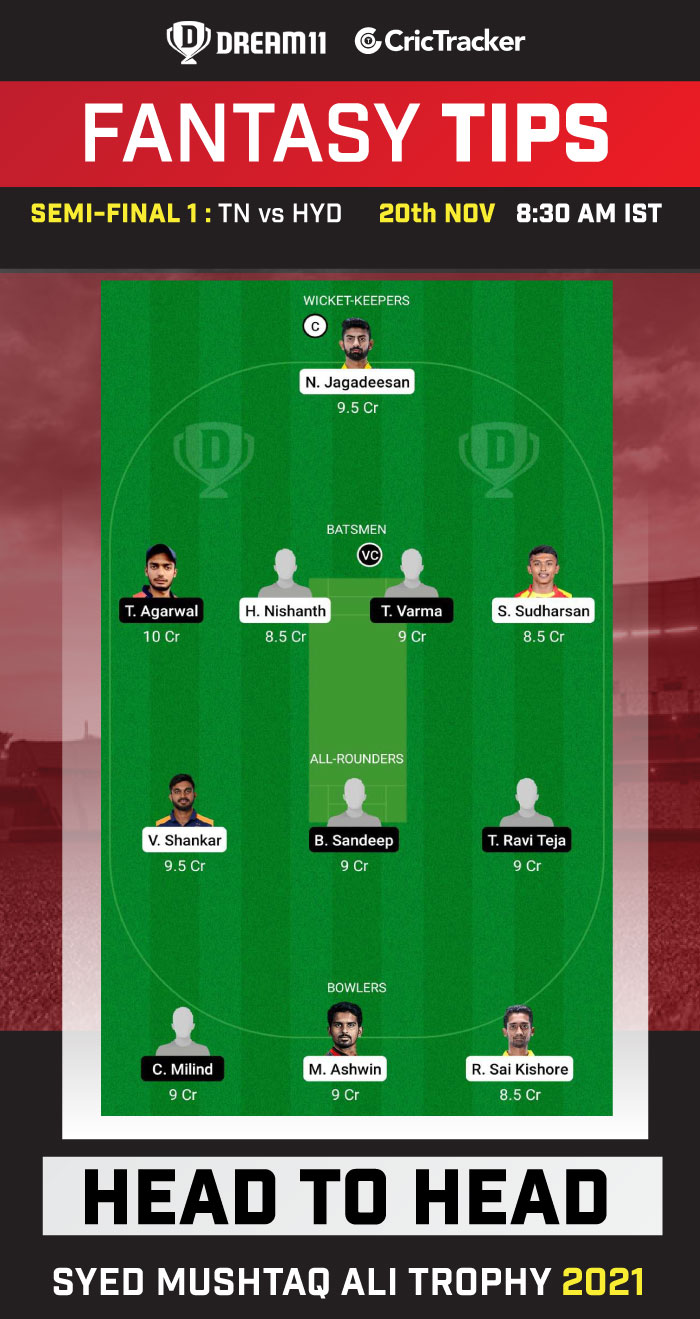 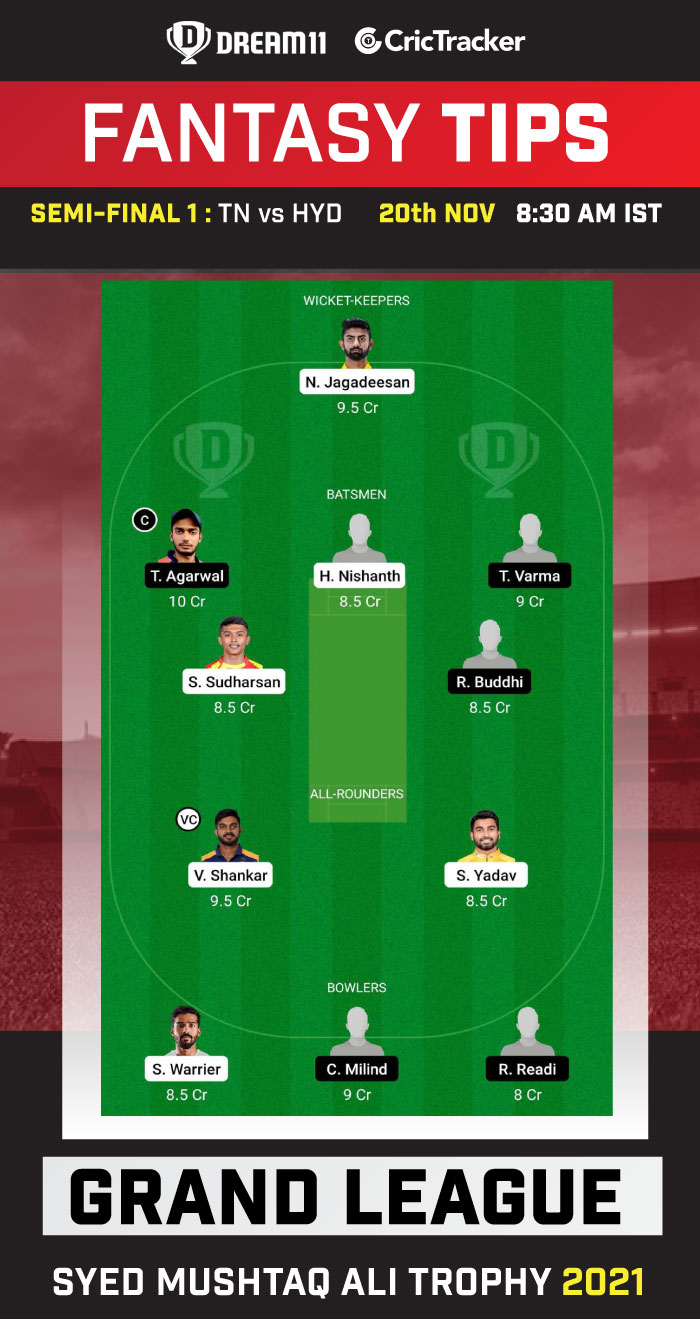 Vijay Shankar has given more prominence for his batting in this tournament. He has scored 138 runs in only 4 matches at an average of 69 with a strike rate of 153.33. It’s worth a risk and you can pick him as your fantasy team skipper.

Rahul Buddhi has added 122 runs in 6 matches in this tournament at an average of 61. You can take a risk and pick him as your fantasy team skipper.

Considering a lot of options available in the all-rounder’s slot, it’s hard to pick Tanay Thyagarajan who had an average tournament.