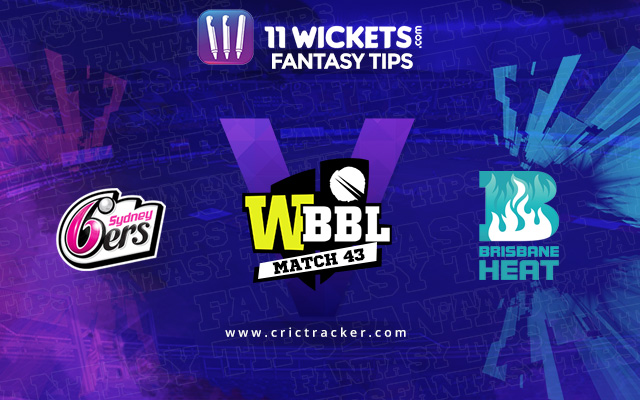 The 43rd match of the Women’s Big Bash League 2020 will be played between Sydney Sixers Women and Brisbane Heat Women at the Sydney Showground Stadium, Sydney on Tuesday.

Sydney Sixers will face the Brisbane Heat in the 43rd match of the ongoing WBBL as the race to make it to the top four intensifies. The Sixers defeated the Heat earlier in the tournament but the latter team is expected to avenge for it this time around having won three of their last four matches. The Sixers, on the other hand, haven’t been at their best this season and will be hoping to continue their dominance over the Heat.

The skies will be partly cloudy during the match in Sydney while the temperature is expected to stay in the early 20s on Tuesday.

The track at the Sydney Showground stadium has helped both batters and bowlers. Chasing has proved to be the better option at the venue and the trend should continue.

Ashleigh Gardner was sidelined due to a concussion scare; her availability depends while announcing the XI.

The Sixers’ skipper Ellyse Perry has plundered 277 runs so far and has also picked seven wickets. Marizanne Kapp has mustered 158 runs along with six wickets with the ball. Stella Campbell has bagged eight scalps under her belt and she is expected to strike again in this game. Grace Harris has scored 219 runs and picked 7 wickets so far in WBBL 2020 while Georgia Redmayne is the shining light for her team with 240 runs to her name. 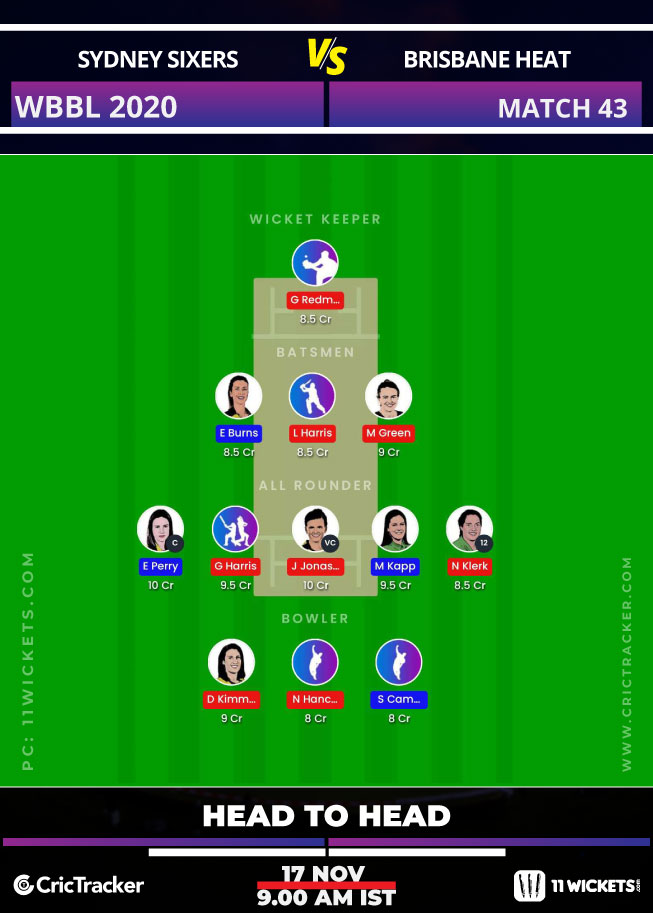 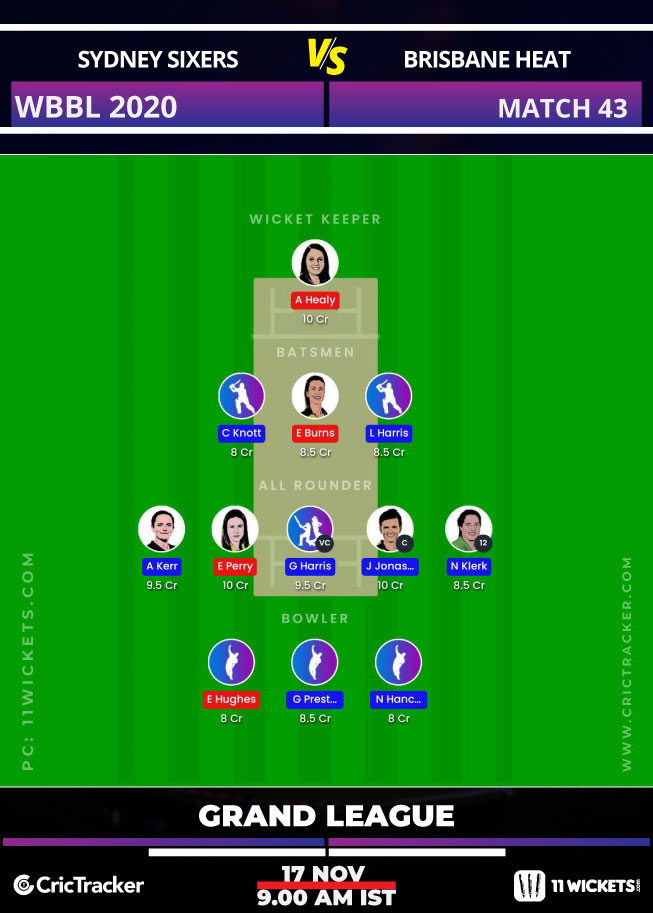 Dane van Niekerk has been selected only in a few teams and can earn valuable points in Fantasy Cricket. She can be picked especially in Grand League contests.