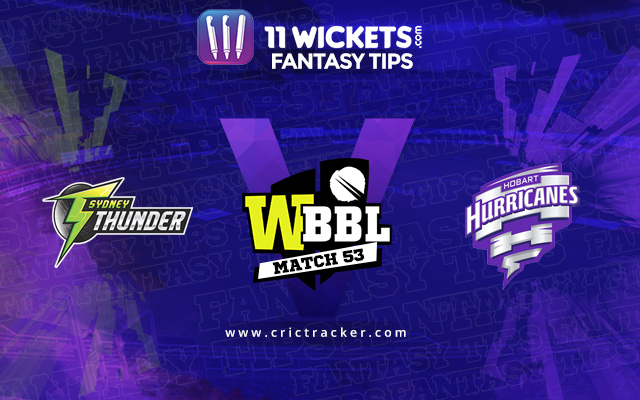 The 53rd match of the WBBL 2020 will be played between Sydney Thunder Women and Hobart Hurricanes Women at Drummoyne Oval, Sydney.

It is the last day of the league stage in the ongoing WBBL season. The Sydney Thunder will lock horns with the Hobart Hurricanes on Sunday in their respective final league games. The Thunder are currently at the third place in the points table and need a win to seal their place in the top four. The Hurricanes, on the other hand, are already knocked out of the tournament and are at the last spot in the table. They would love to end their season on a high.

Like on Saturday, it will be partly cloudy in Sydney but there is no chance of rain. The temperature will hover around 22-24 Degrees Celsius.

The surface at the venue has been pretty even with the batters scoring well after applying themselves in the middle. With bowlers also coming into the game, expect this to be a close finish.

Heather Knight has scored 378 runs in 12 innings and has also picked 8 wickets with the ball. Rachel Haynes has mustered 264 runs at an average of 33 while Sammy Jo-Johnson has accounted for 17 wickets and she is handy with the bat as well. Rachel Priest has scored 322 runs so far while Nicola Carey’s all-round capabilities are once again expected to come to the fore. 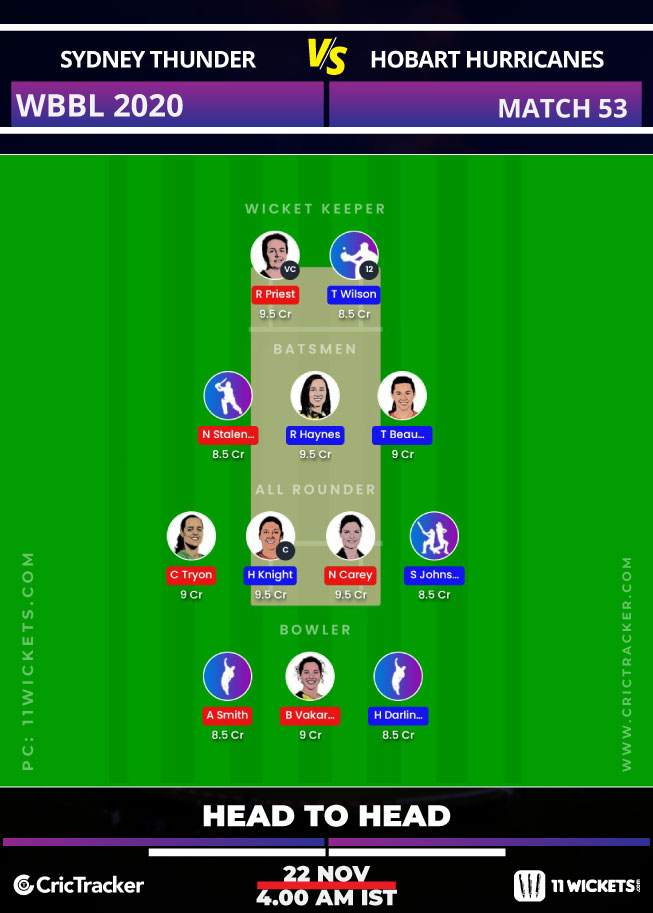 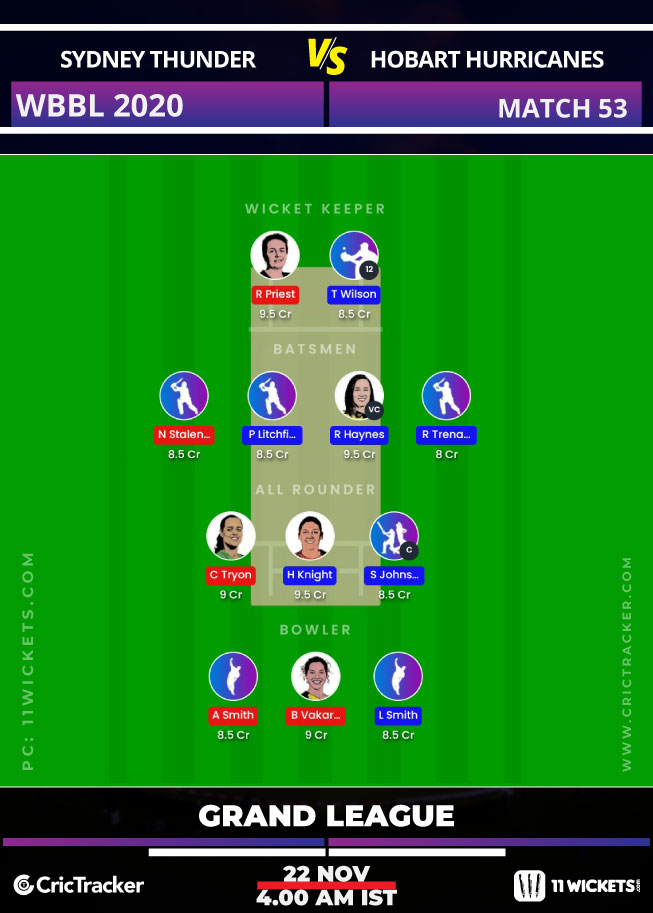 Heather Knight and Rachel Haynes have amassed 642 runs between them. B0th can be made C and VC of your Fantasy team for this match.