The 23rd match of the T10 League 2019 in Super League will be played between Bangla Tigers and Maratha Arabians at the Sheikh Zayed Stadium in Abu Dhabi.

The second game on Friday will be played between Bangla Tigers and Maratha Arabians who are placed at the top of Super League points table. The two teams have confirmed their place in the playoffs as both have seven points apiece going into this match. The winner of this match will be finishing on the top and will seal their berth in the Qualifier 1. The Maratha team might still finish 2nd due to their high NRR of +1.678. Chris Lynn has to be credited for Arabians’ high NRR as he produced some big knocks over this week.

The storm in Abu Dhabi has been cleared and we won’t witness any interruption to the T10 League.

The 5:45 PM start matches have been high-scoring ones but last two days, a different has been seen. On Wednesday, the rain made the pitch skiddy while on Thursday, the pitch got slowed down by the start of 2nd innings. With only three days left in the tournament, we might have a new pitch used which could produce a lot of runs.

Chris Lynn has been in unbelievable form in this T10 League as he struck three fifties in last three matches. On two occasions, he stood close to a hundred but settled down by recording the highest individual scores in the T10 League. Lasith Malinga picked up his wicket in the last game but has conceded runs at an economy of 6.62 only. Qais Ahmed was taken apart in the first couple of matches. However, in last three matches, he claimed five wickets at an economy little over 6 runs. David Wiese also took six wickets and scored 39 runs in 4 innings as well. 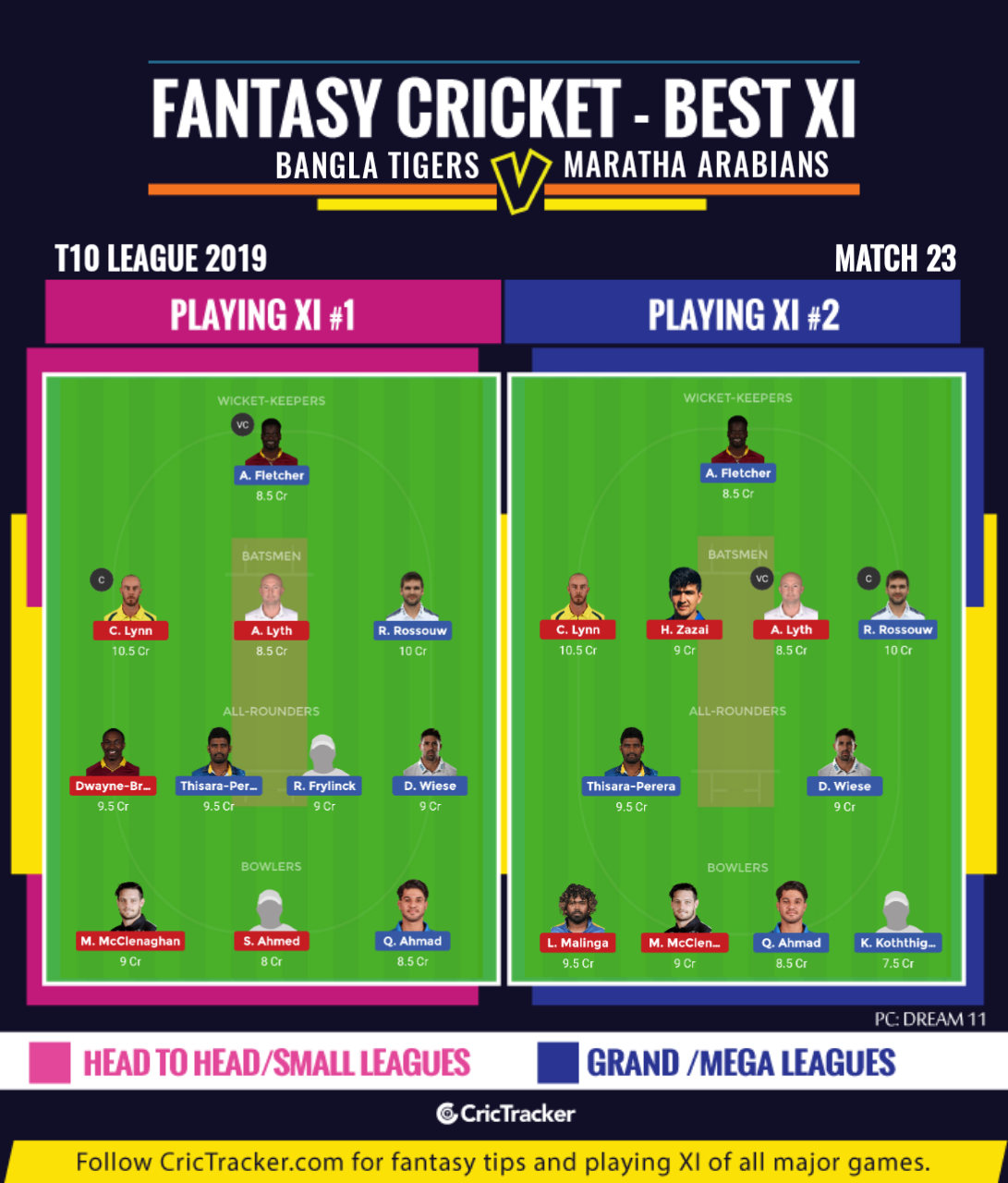 Shiraz Ahmed and Kevin Koththigoda are the two names who will play a key role in the fantasy league during this game. Both the players collectively cost 15.5 credits and will be crucial in managing the available credits. Almost all other players cost 9.5 credits at an average.

The Maratha Arabians are expected to win this fixture.