Luke Wright scored more than 20 runs in all five innings.

The 24th match of the T10 League 2019 in Super League will be played between Karnataka Tuskers and Team Abu Dhabi at the Sheikh Zayed Stadium in Abu Dhabi.

The Karnataka Tuskers and the Team Abu Dhabi will lock horns in the last match of the league phase. Both the teams have failed big time in the tournament and set to miss out on playoff qualification. The Tuskers started with a 19-run win over Delhi Bulls but have failed to register a win since then. The Team Abu Dhabi began with a Tie against Qalandars and followed it with a 6-wicket win against the defending champions Northern Warriors. They lost all the three matches they played since then.

Clear skies are expected on Friday in Abu Dhabi as the storm has after causing a couple of washouts.

The night matches continue to be tough for chasing teams as no team managed to win while batting second in six completed matches. The match played on Thursday night was an example for that as the chasing team couldn’t get 30 runs in last 3 overs despite having 9 wickets in hand.

(Will be added when there is update)

Johnson Charles has scored 129 runs in four innings with help of fifty. Local boy Ahmed Raza took 7 wickets in five matches in this tournament despite being on the expensive side. He picked up at least one wicket in all five matches. Luke Wright amassed 151 runs at an average of 37.75. He scored no less than 20 runs in all five games. Avishka Fernando started the tournament with a 21-ball 51 and scored 17 runs in the next game in only 6 balls. 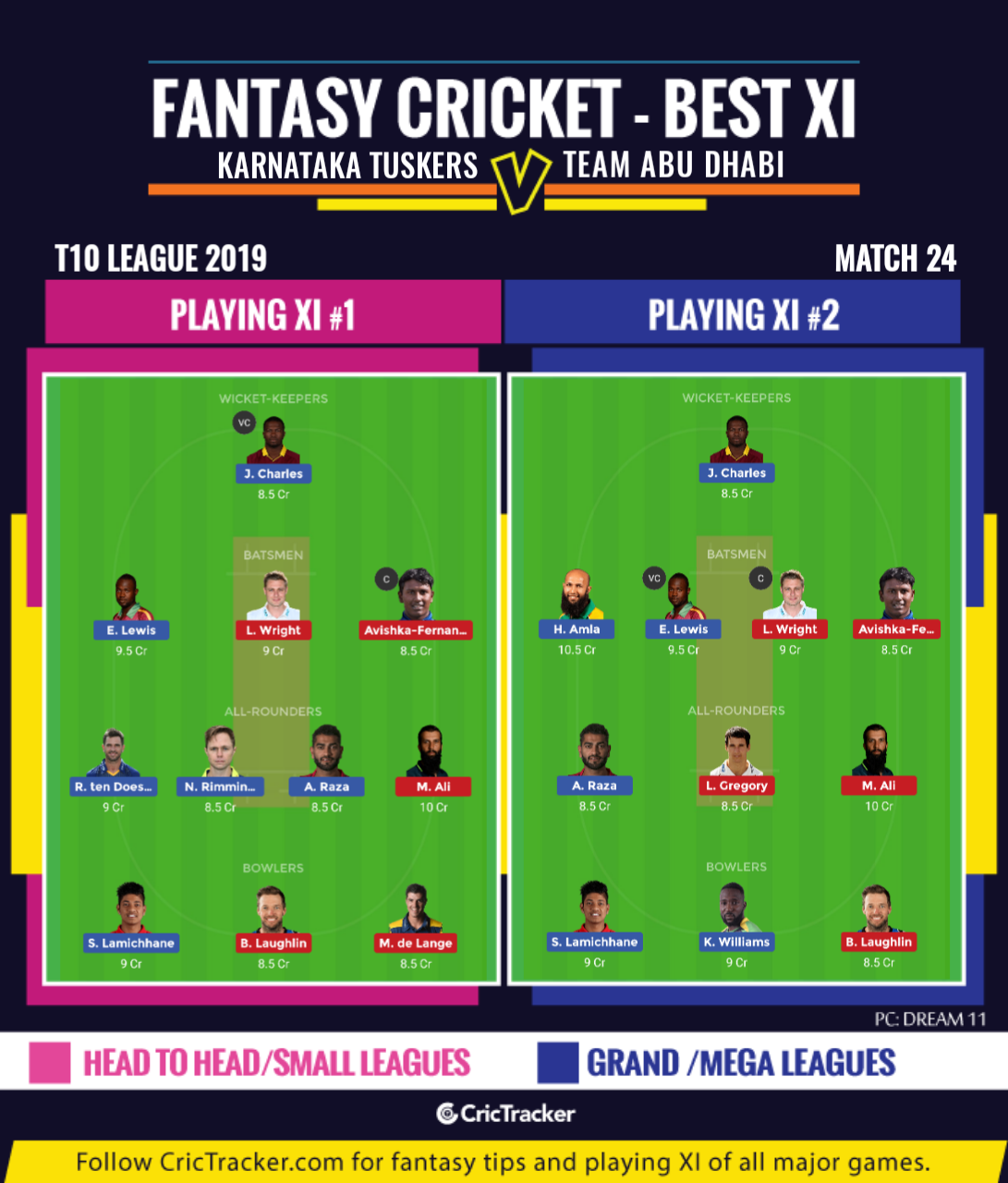 Evin Lewis hasn’t seen much success in the tournament thus far. However, the Team Abu Dhabi could be the one who might face the wrath. Barring Mustafa, no one looks like threatening the left-hander in this game. Chris Lynn, who is similar to Lewis, scored an unbeaten 91 against them.

Karnataka Tuskers are expected to defeat the Team Abu Dhabi in this match.