Junaid Siddique is an absolute steal at only 8 Cr.

The Final of the Abu Dhabi T10 League 2021 season will be played between Delhi Bulls and Northern Warriors on 6th February, at the Sheikh Zayed Stadium in Abu Dhabi.

This match will start at 09:30 PM IST (08:00 PM local time). It will be live on Sony Sports Network and live streaming is available on Sony LIV.

After 28 matches in Abu Dhabi T10 League 2021, we will get the two best teams of the tournament fighting it out in the final. Delhi Bulls have been a class apart, and almost each of their players has made match-winning contributions at some stage during their season. Northern Warriors, on the other hand, have played some excellent cricket and have made it to the final after defeating Team Abu Dhabi.

The last time when both teams meet each other in the Qualifier, Delhi Bulls won the match by 5 wickets. Bulls and Warriors both have won five out of 6 matches and finished the Super League at the 1st & 2nd spot of the points table respectively. We can certainly expect a thrilling finale between the top two sides.

The weather will continue to be perfect for the big finale. The temperature will be hovering around 23 Degree Celsius during the match time. The humidity will be around 60%.

The pitch here at Sheikh Zayed Stadium, Abu Dhabi has become a little bit slow in the last few days. Given the fact that this is the final, both the teams will look to bat if they win the toss.

The USP of Fabien Allen is his ability to earn points with both the bat and the ball. He has scored 57 runs and has also picked up 10 wickets.

Evin Lewis has been phenomenal with the bat for the Bulls. He has scored 206 runs and has a phenomenal strike rate for over 245.

Nicholas Pooran, on the other hand, has been the best batsman from the Northern Warriors camp. He has amassed 229 runs and has an even better strike rate of over 250.

Wayne Parnell can be a good option as a budget pick. The veteran South African has picked up 6 wickets and has an economy rate of under 12 runs per over.

Waseem Muhammad can be a clever budget pick from the batting contingent. He has scored 185 runs, which includes a couple of half-centuries.

Ravi Bopara is constantly showing why he still is a very handy player in the shorter formats of the game. he has scored 156 runs at an average of over 50.

Rahmanullah Gurbaz is another player from the Bulls camp who has been in sublime touch with the bat. He has scored 164 runs at a strike rate of nearly 200. 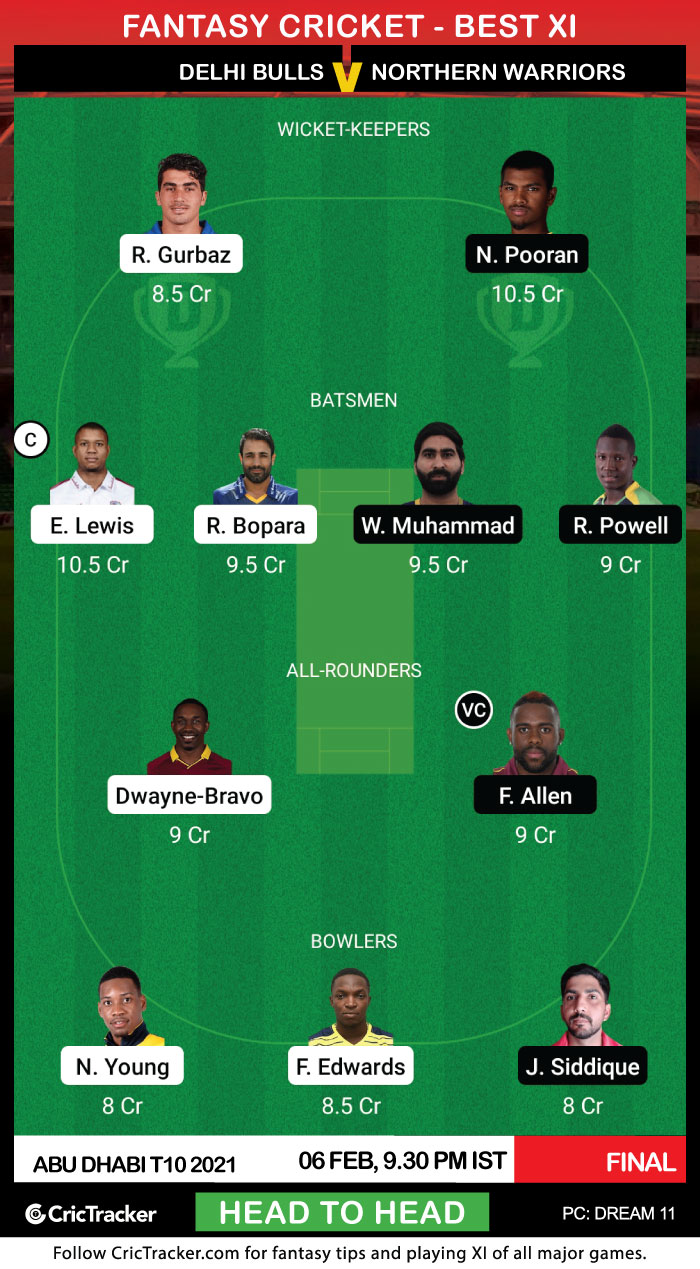 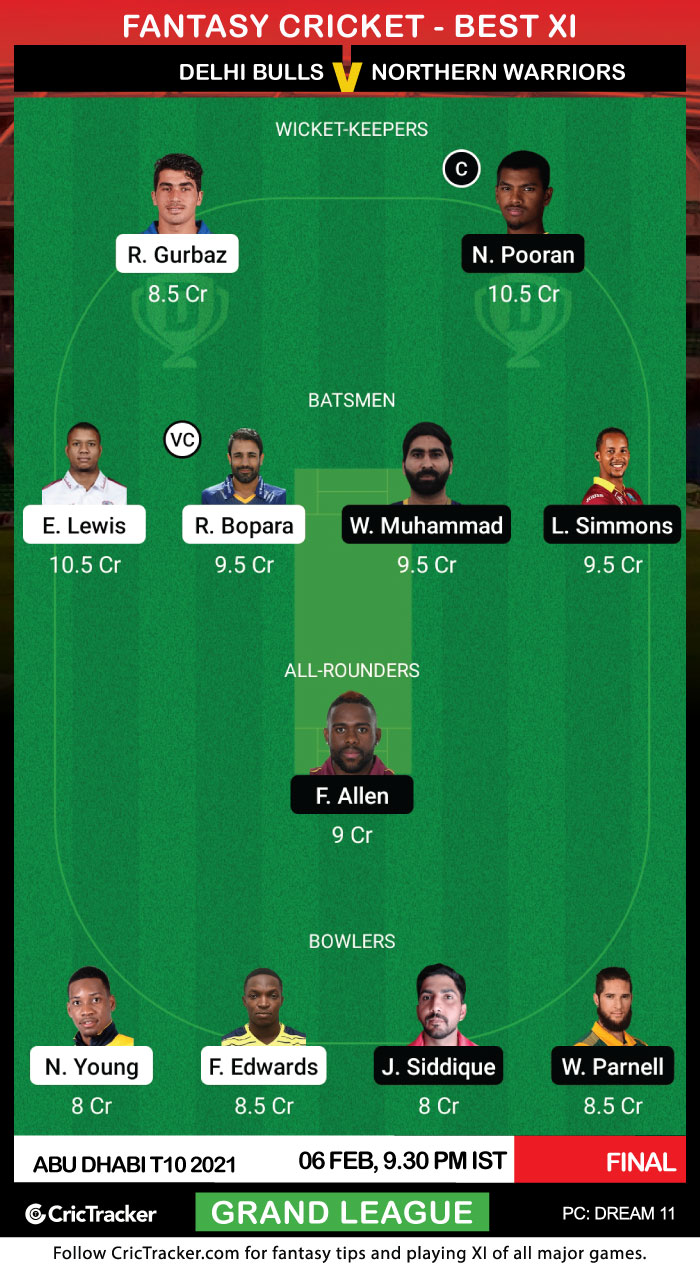 Junaid Siddique is an absolute steal at only 8 Cr. He has picked up 9 wickets and has an equally impressive average of less than 20.