Ankit Soni has experience of playing for the Gujarat Lions during the 2017 IPL.

The 4th match of the T10 Super League 2020 will be played between Sixers Blasters and Desert Spartans.

This game can be viewed on the Sports Tiger app.

The opening day of the T10 Super League 2020 will conclude with the game between the Sixers Blasters and Desert Spartans. All the eight teams taking part in this tournament will be in action daily. The Blasters will be led by Rajveer Singh who has a good history of featuring in University cricket. Ankit Soni could be considered as the top profiled player from Spartans. Ankit has experience of playing in the IPL as he represented the Gujarat Lions during the 2017 edition. The Spartans have the likes of Rituraj and Punit Yadav in their line-up who represented Rajasthan Ranji team.

The weather conditions are expected to be cool without any threat from rain for the match scheduled to begin at 8 PM.

The game between Blasters and Spartans is likely to be played on a track used for nearly 60 overs. However, the pitch is unlikely to be on the slower side due to the effect of the dew coming in. The shorter boundaries could help in making the match a high-scoring thriller.

Shubham Sharma showed his potential during the Emerging Asia Cup earlier this season where he scored an unbeaten 65 and took a 4-wicket haul in the same match. Anuj Meena could be a player to watch out for during this tournament. He attended the trails for the Delhi Ranji team and is a decent bowling option as well. Anuj is likely to open for the Blasters which will increase his fantasy potential. Ankit Soni was part of the Gujarat Lions team during the 2017 IPL where he even played a couple of matches under Suresh Raina’s captaincy. Ankit could be a surprise package against players who have not played his bowling yet. 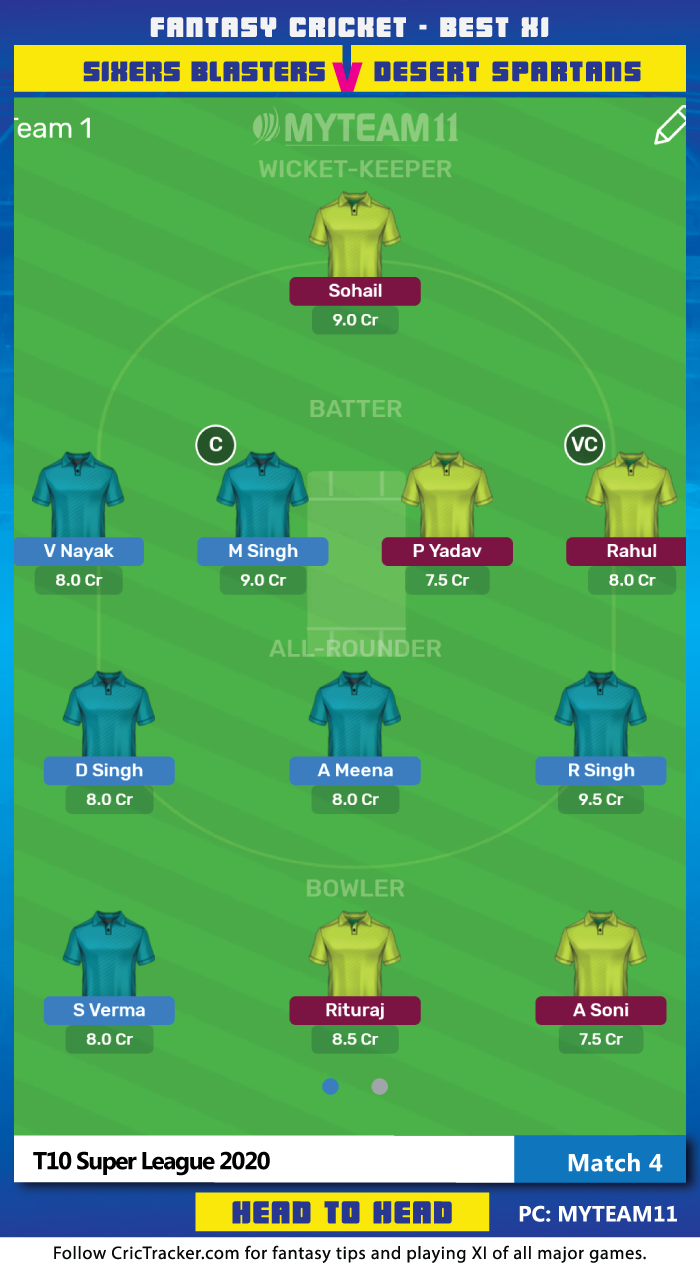 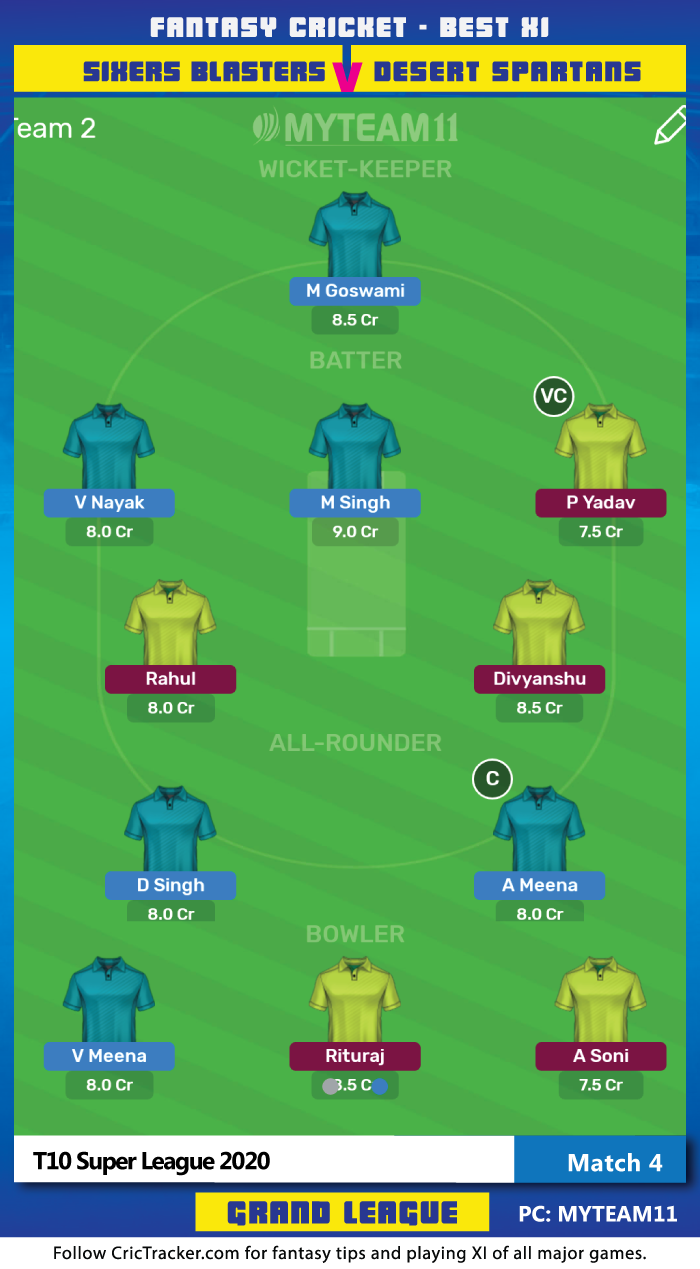 The best possible batting conditions of the day could be seen during the match to be played in the night with the dew coming in. Hence, we have picked as many as five batters in our 2nd suggested XI and only three players from bowlers’ category in both fantasy XIs.

Sixers Blasters could start the tournament with a win due to the firepower in their batting line-up.