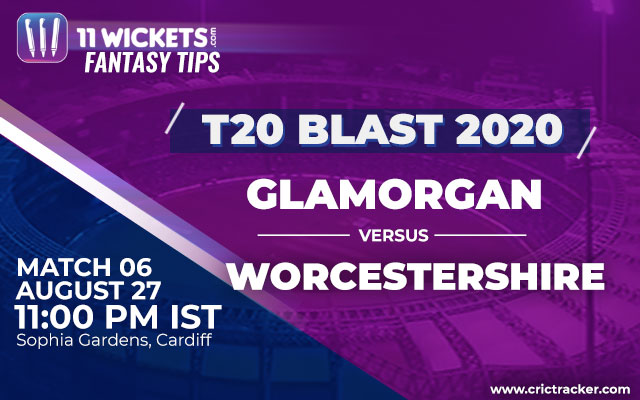 The Central Group match of the T20 Blast, 2020 will be played between Glamorgan and Worcestershire at the Sophia Gardens in Cardiff.

Glamorgan will be hosting Worcestershire on the opening day of the T20 Blast 2020 at the Sophia Gardens part of the North Group. The Glamorgan team had one of the worst seasons ever last year as they won only one of the ten completed matches. Playing in the South Group, Glamorgan finished at the bottom while all the remaining eight teams winning at least five games. Worcestershire, on the other hand, made it to the finals in the previous two T20 Blast seasons; winning in 2018 and losing out a thriller in 2019.

Showers and light rain are expected during the match to be played on Thursday evening at the Sophia Gardens.

The T20 Blast match between Glamorgan and Worcestershire is likely to be affected by the showers.

The Sophia Gardens hosted seven matches in the last year’s T20 Blast where only five matches ended without any rain interruptions. The team batting first lost on as many as four occasions; all of them while posting a total under 200.

The 2019 T20 Blast witnessed an average first-innings total of 172 across five completed matches. The teams batting second recorded a good amount of success which means a total of 180+ is a must to win while defending here.

Jack Haynes played for the England U19 team across the last two years where he scored a couple of fifties.

Hamish Rutherford, on his day, can produce huge innings but is little too inconsistent in the limited-overs.

Graham Wagg took five wickets at an economy of 7.4 and scored 55 runs in six innings during 2019 T20 Blast. 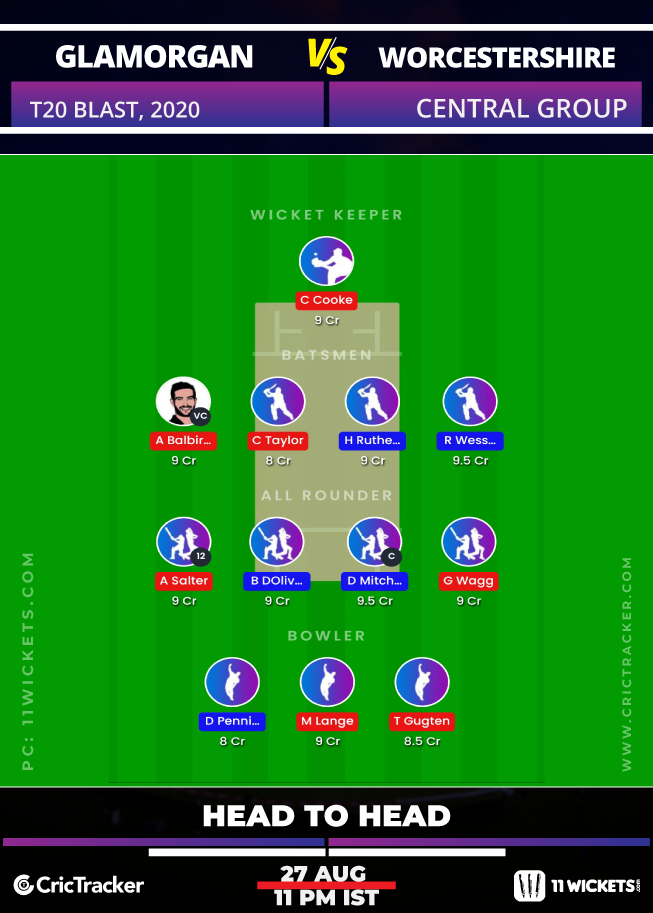 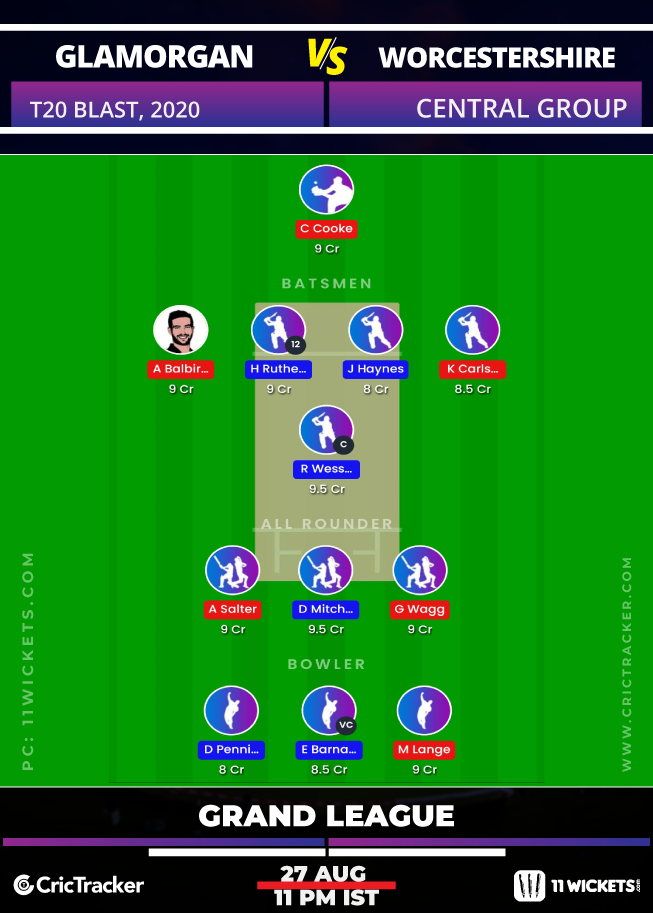 Worcestershire has a lot of bowling options in the squad announced for this match against Glamorgan. Hence, we have to wait and see how does their playing XI look like and which bowlers will play. Dillon Pennington and Ed Barnard are most likely to play on Thursday and which is why we have picked them in our fantasy teams.

Worcestershire is likely to kick start the tournament by edging past Glamorgan on the first day.