Ryan Higgins and Ben Sanderson have been top wicket-takers of their respective teams and are advisable to pick in your XI.

The Central Group match of the T20 Blast 2020 is all set to be played between Northamptonshire and Gloucestershire at County Ground, Northampton on Friday, September 11th.

After winning all of their last four games in a row this season, Northamptonshire will be looking to make it five in a row in their 6th Central Group match against Gloucestershire. With four wins in five games, Northamptonshire is at the top of the Central Group and will be looking to strengthen their spot with another win and can see them go four points clear at the top.

On the other side, Gloucestershire is the second-best team in the group with three wins in the last three games after a defeat in their second game against Glamorgan. Gloucestershire have won three of their last five matches against Northamptonshire with a washout in the first match earlier this season. They will be coming to this match to increase their winning streak and looking to level the points with the Steelbacks, eyeing to a good position in the group, to qualify for the knockout stages.

There are no predictions for rain during the match time. The temperature is expected to be 18 degrees Celsius.

The track at the County Ground, Northampton has been a good pitch to bat on and has seen a number of big scores in the last few matches. We can expect another run-fest for the batsman.

Chris Dent scored a brilliant 87 in the last match and is the leading run-scorer for his team. He has been striking the ball at a rate of 168.53.

Ian Cockbain has been striking the ball at a rate of 192.64 which is fourth-best in the tournament and will be crucial in this match as well. He has 96 runs against Northamptonshire.

Tom Smith has 9 wickets under his name in this season at an average of 10 and is the second-highest wicket-taker in the tournament. 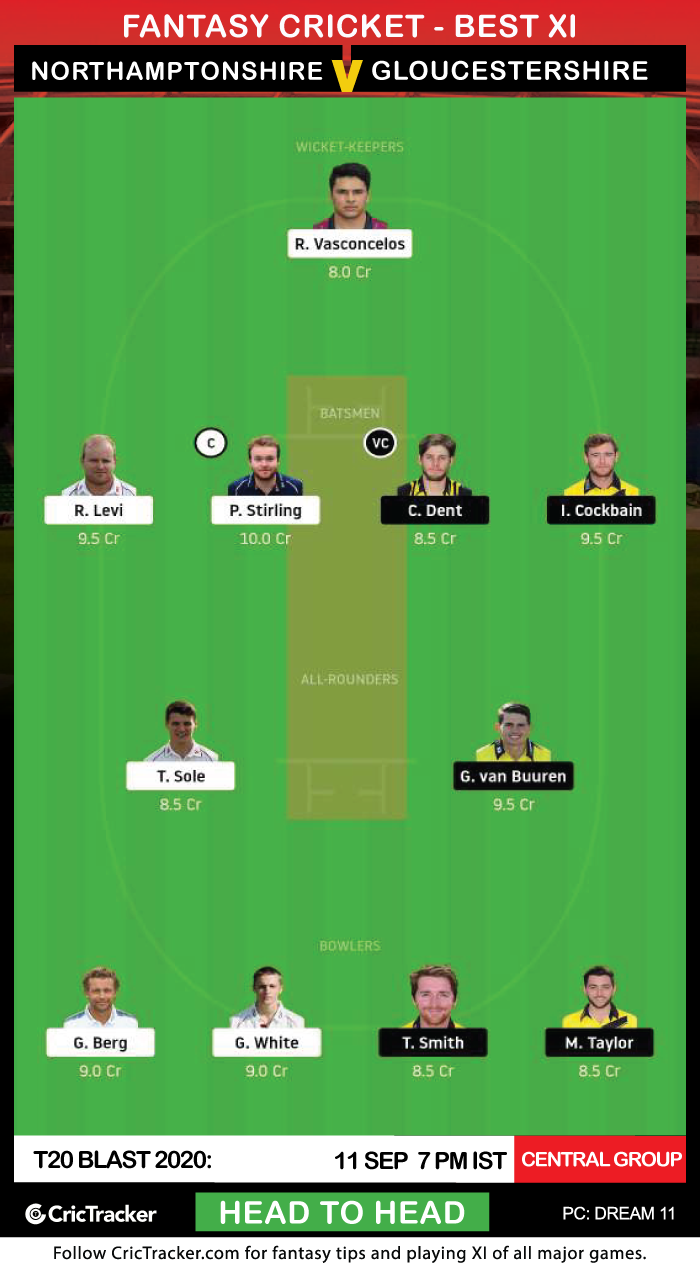 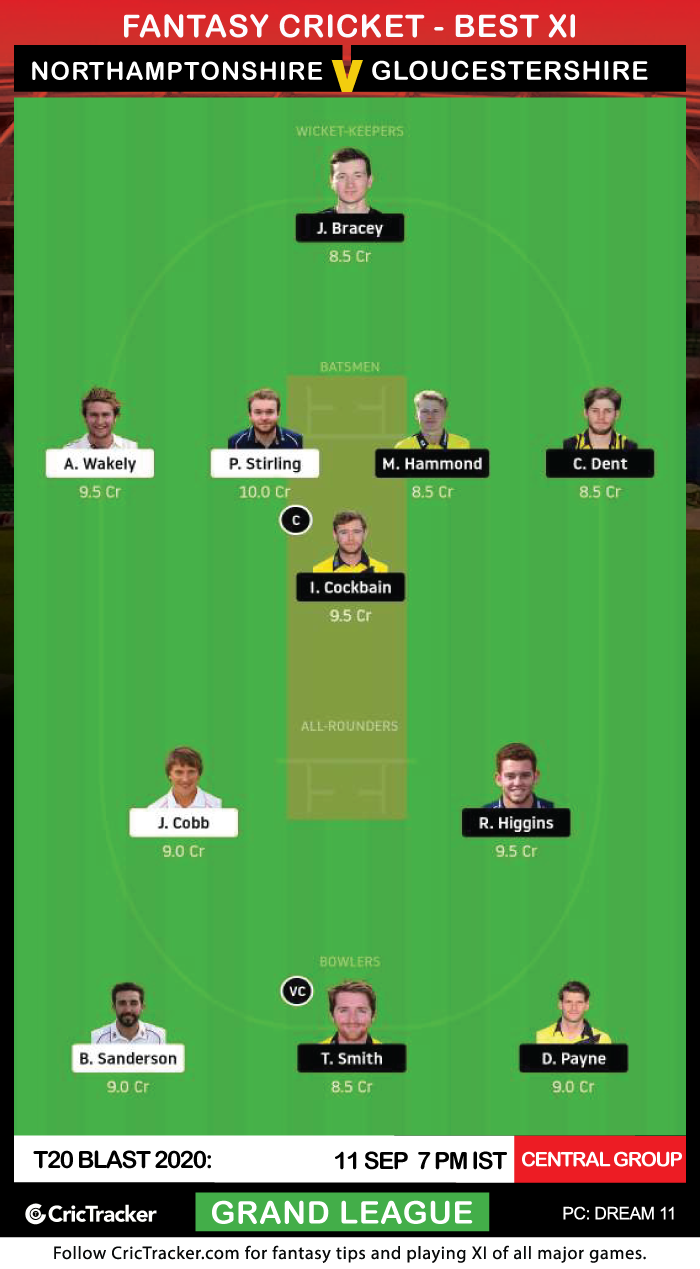 Ryan Higgins and Ben Sanderson have been top wicket-takers of their respective teams and are advisable to pick in your XI.

Northamptonshire are expected to win this game.